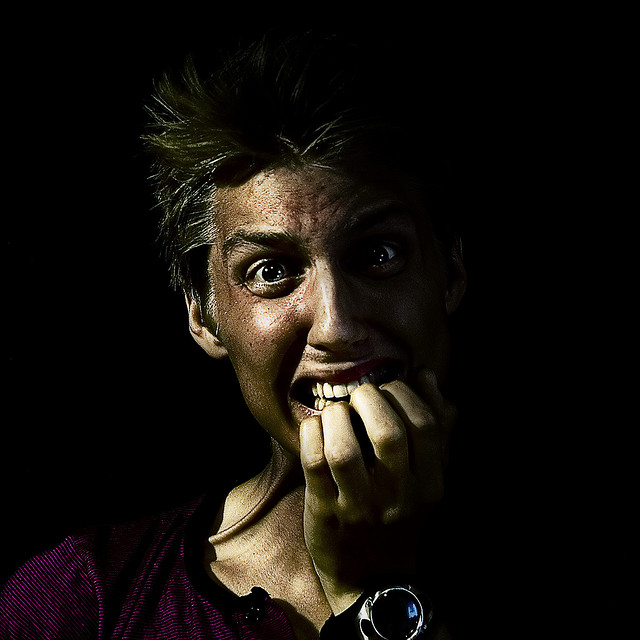 One out of two people in the US will consider suicide this year.

Someone asked me for a reference on that. I am not a walking Wikipedia. It’s like when my daughter told me that, “On average five spiders crawl in your mouth while you sleep during any given year.”

Where does she get that? “Where did you get that?” She had no idea. Maybe she watched my mouth while I slept for a year.

So I can’t really speak for most people. I will speak for myself. I’m generally a calm person, but the other day I was very nervous.

I was invited to hear Rand Paul speak at a small informal meeting. Various well known venture capitalists, investors, and CEOs were there.

About a dozen. I knew about half the people and at least one of the people had publicly trashed me nine months ago even though he had never met me before.

We were supposed to have some questions for Rand Paul but I had zero questions. There’s basically no issue I feel strongly about to ask and I have no interest in politics.

So why go? I thought it would be an interesting experience and it would take me ever so slightly outside of my comfort zone. I like to do that at least once a day. Stretch the boundaries.

But I was nervous. Nervous about Rand Paul. Nervous about the people I was intimidated by. Nervous to meet the guy who trashed me. Nervous that I didn’t have any questions or bios or anything interesting to say at all. I thought everyone would regret that I was invited.

The reality is: we’re all mammals in the jungle. And mammals feel nervous and stressed often for survival reasons, even if no such good reason exists.

For instance, if you are in the jungle by yourself at night and you hear a strange rustling in the bushes, the correct impulse might be to get really nervous and run as fast as possible EVEN IF there is nothing in the bushes.

So don’t judge yourself for your nervousness. It’s ok.

But here is what I do to get myself less nervous and more calm.

As an aside, calm is better than “happy.”

“Happiness” is related to something external to you that gives you a temporary boost of either oxytocin, endorphins, seretonin, or dopamine.

These are all neurochemicals that trigger happiness in the brain. They are both addictive and they are metabolized very quickly. Which means you need more and more to sustain happiness.

Hence, your instinct to be calm is a better instinct than the 21st century constant self-help desire to be happy all the time.

What I do to get calm:

Distancing requires practice. The good thing is: there are plenty of opportunities all day long to practice Distancing.

So you appear calm even if internally you notice you are feeling nervous. Because you are calm in those moments.

BUT, I don’t like to be too scared. So right before I go on stage I “separate” myself. There’s me, then there’s “mini-me.” Mini-me is the nervous parts of me. He’s usually smaller, a little younger, a little uglier (hard to believe) and sort of sniveling.

I comfort him. I say hello to him. He’s the nervous me. He will follow me onto the stage. But he’s not me.

I don’t know why or what or how this happens but when I’m walking up onto the stage, followed by mini-me, I feel an enormous surge of energy and happiness. Maybe it’s like a runner’s high once I’ve separated myself from mini-me. I don’t know.

C) LIVE LIFE LIKE EVERYONE ELSE IS GOING TO DIE

Here’s what I know from statistics (and this is why statistics is like a fun children’s game but also not something to be taken too seriously).

I’ve been alive for about 15,000 days, give or take. On none of those days I’ve died. So I can make the deduction that I’m probably never going to die. Or, at least, who knows?

But I’ve seen a lot of other people die. Dying seems rampant. An epidemic. Everyone seems to die.

Let’s say I’m giving a talk. Or let’s take the other day as an example when I was invited to this meeting.

I was very nervous. But once I noticed I was nervous (see “Distancing” above) I was able to stop myself and say, “I’m really grateful I was invited to this.” Better to be invited than not (in most cases. I wouldn’t want to be invited to Auschwitz).

We are herd animals. Better to be invited to participate in the herd than to be left on the edges of the herd where the predators can catch us.

So nervousness is often a signal that gratitude is called for.

Let’s say you are late for a meeting because of traffic. Now you are nervous. Or you can be grateful. Grateful that you live in a city that is crowded because everyone else wants to be here because of the plentiful opportunities.

Nervous on a first date? Grateful that you might meet the one you love.

Go into a bookstore. There’s 10,000 books on the shelves. Most will never be read by anyone.

Most of those books took years to write. Took a lifetime to write. And yet they are basically useless.

If the doctor says, “I have some bad news,” that’s scary.

But even then, you want to separate out your nervousness from your true, calm, self, so you can make the best decisions.

And five spiders in your mouth during the course of a year is disgusting. Unless the spiders lived under the sea. Then they are lobsters.