A Funeral to Die For 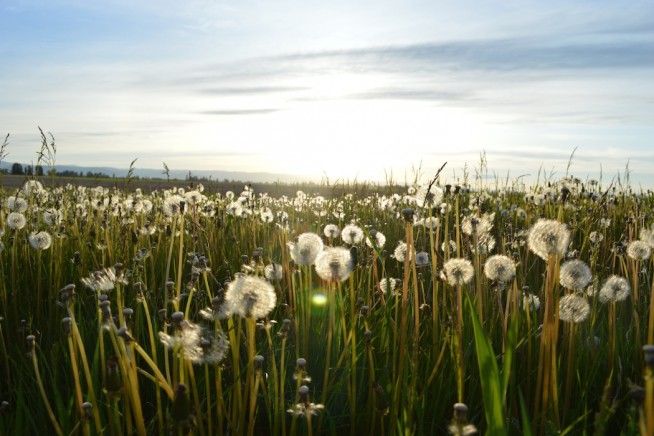 We are proud to showcase this post from our Positively Positive B-School Alumni, a private group of graduates of Marie Forleo’s B-School online training program for modern entrepreneurs.

Click HERE to be notified when enrollment in B-School opens up in early 2015 (which includes FABULOUS bonuses from Positively Positive).

The cause of death wasn’t clear, everyone had a different take on how it had happened. One person went for the rather ordinary ‘being hit by a bus’ scenario. My daughter thought it was failure to pull the cord during a tandem nude sky dive. Another daughter declared it was the tragic result of hoarding too much stuff.

Just over three years earlier our lives had fallen apart in a humiliating, heartbreaking and financially ruinous way. I stumbled with grief and fell to the floor. It had been a slow getting up for me, one I often wondered if I’d manage. In time I found some simple tools that helped me walk out of rage, blame, grief and depression. I was smiling again, happier than I’d ever been, yet there were still raw places.

These raw places bled profusely when, two years later, a far worse sledgehammer hit. A blow that shattered much of what I held dear. A blow that broke, forever I suspect, something in me.

Even though the pain was worse, and there were many more bleeding cuts, I didn’t fall very far this time, I was stronger. This time I knew a little more about how to handle pain. I knew how to find joy, be happy, and how to let go. I had tried and tested tools that I used again and again. They did their magic.

But let’s face it.

Pain and grief are exhausting and they mess with your head. While they didn’t overtake me, they were still very present.

Our beautiful, wise, eldest son saw our exhaustion. He’d watched us work to stay on top and he decided to throw us a touching, tender, funny, funeral. A funeral to cheer us up!

He lied to us, of course, telling us we were attending an afternoon tea – a simple affair, an ordinary gathering of family and friends. The real purpose of the gathering became clear when we were ushered into the room between rows of our nearest and dearest singing a dirge. We found funeral cards on our seats. Funeral cards with our names and a photograph of us – this was going to be interesting.

Every person present delivered a eulogy, eulogies that were deep, genuine, and heartfelt. Eulogies that often had everyone in tears, written as though we had really passed, and had clearly taken a lot of time and thought to create. My daughter-in-law talked about she felt so very treasured by us. My youngest child gave me the best of compliments when she shared that she thought it unlikely she’d ever find a closer friend than me. Many parental insecurities and fears of failure were swept away with the sentiments our children expressed. Friends talked of the influence we’d had on their lives and the riches we had brought them. We saw sides of ourselves we didn’t know existed and were affirmed at a depth we’d never before experienced.

It’s difficult to convey how profoundly moving the funeral was for us – it was like taking a luxurious soak in a bath of love. It helped us to restore some faith in ourselves and was a balm to those raw places. It was a perfect, priceless gift.

Parts of the eulogies had us screaming with laughter. A few people shared long held secrets, safe to reveal now that we were dead. And funniest of all was that everyone created their own scenario as to how we’d died. My daughter started with “Mum and Dad loved adventure…”  and then walked everyone through the naked tandem skydive gone wrong and finished with our mangled bodies. My husband, Phil, is a hoarder so one daughter’s story of him being crushed under his possessions and me tragically dying while searching for him, was hilarious. Someone suggested we’d eaten the wrong sort of mushrooms and died high as kites – they’d been our friends for a long time and were clearly recalling our hippie ways of yesteryear.

One friend wrote a poem of adoration to my toes and said that she’d always coveted my nose – a nose I’d never been fond of, though about the toes, I was in agreement.

To ice the cake, as it were, everyone also nominated the song that most reminded them of us and made us a CD called ‘Life Music’. ‘Home Improvements’ by My Friend The Chocolate Cakes and ‘Talking About A Revolution’ by Tracy Chapman were two of the songs chosen for me by my kids.

That is, of course, if they’re still breathing.

PS: In a quirky karmic little twist to this story my son actually got the idea for the funeral from something I had written. He was in Australia waiting through various visa issues for his American wife to join him. It was a tough time for both of them as the separation was many months long.  Years back, after I’d walked out of my earlier depression, I’d created a simple, practical ninety day email program The Gratitude Adventure to help others learn happiness. Both my son and his wife were doing the course as a way to stay connected and positive. During the course I talk about valuing others and suggest writing eulogies and reading them to people while they’re still around. I also hinted that a funeral, while you were alive, would be amazing. Gotta love a boy who takes a hint, even when it’s not aimed at him.

Toni Powell is a cheeky upstart, recovering worrywart, conference speaker, mother of five and grandma of nine, gratitude maven, award winning filmmaker and very entertaining storyteller. Toni is working on a documentary on gratitude and happiness and has interviewed leaders all over the world.  In 2006 Toni was the subject of a nationally aired ABC’s ‘Australian Story’ documentary – Let There Be Light and speaks regularly on the stage with the likes of The Dalai Lama, Brene Brown and Shawn Achor. Toni has created two hugely popular programs: The Great Full Life Class – a six-week online video course and The Gratitude Adventure – a ninety-day ecourse. Check out Toni’s website tonipowell.me or follow her on Twitter and FB.