The Guru Is Dead (Another Yoga Scandal) 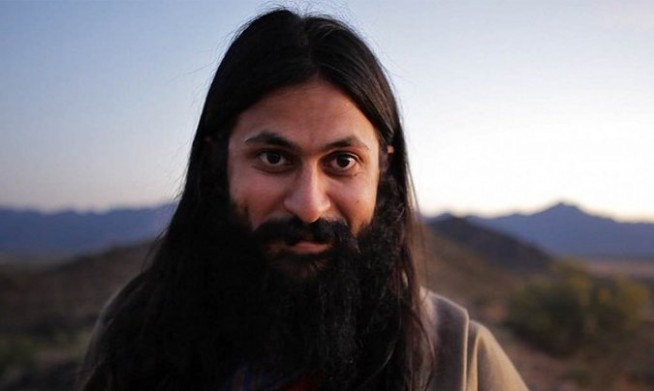 Can someone please explain it to me? When a guru tells you he needs you to have sex with him for your sexual grooming or advancement, why do people believe?

What is actually happening here?

I am shaking as I read the sexual abuse allegations over Satyananda’s yoga center, while in Australia in the 70’s and 80s.

I’ve read probably twenty books by Satyananda. I was in awe of him. Until ten minutes ago.

I am shocked and angry, because with Bikram I had a feeling that the guy was bad news… We all did.

And Kausthub Desikachar, the famous grandson of master Krishnamacharya, too, because of the enormous aggrandizing of himself in his newsletters which pointed to delusion.

But Satyananda had been a direct student of Sivananda, and I thought I trusted him and his teachings.

Before that there was also John Friend and even further in the past the founder of Kripalu, Amrit Desai, who resigned in 94:

“after admitting to sexual intercourse with followers. Kripalu paid $2.5 million to settle a purported class action lawsuit brought by more than 100 former residents who had served as unpaid staff.”

I am angry because abuse angers me.

But the truth is this points to a much more important point, which is:

Yes, we can seek advice.

Yes there are those who know a little more than us and can help us along the way on “asana,” or “pranayama,” or “meditation,” but they CAN NEVER TEACH US ANYTHING.

Because the path towards clarity of mind is lonely and personal.

Because teachers just fulfill a “role” of pointing the way. But the work is OURS to do, it is private, it is in how we clear our own stuff, how we get cleaner, and more focused.

Teachers can point the way, but the moment we give our power away to them, i.e. when we call them “gurus,” whomever they may be, that is when we lose it.

And the first alarm goes off when we cannot question, and we need to take things just because he or she says so.

When we do that we are not grounded any more, we are at the mercy of another person’s mind who is fragile, just like ours, and can be seduced by the adoration.

Yes, even the guru, in his or her own way, is as lost as we are at moments.

If you have not seen the movie Kumare, then do yourself a favor and watch it. Here is a link to the preview.

Watch it because it is THAT easy to convince people, in OUR TIME, not in the 70’s or in the 80’s or pre-internet, or whatever. NO.

This is in our very own time, in New Jersey, in New Mexico, in the USA, and it is THAT easy to lead someone to believe that a male dressed in rugs has “power” over you or me.

It is that simple to convince not just easily confused people. But convince people just like you and me.

After the movie is over, after Kumare admits he is a fake, there is still a woman that comes to him and says:

“I thought you had superpowers,”

or something like that… I forget, point is, she still wanted to believe!

Which is the joke.  The big joke.

Who are we giving our power away to?

Whom do we think can save us? Elevate us? Bring us closer to a better career? Certify us? Illuminate us? “Choose us”?

Why can we not see this is just all fake.

There are no more teachers of yoga if there ever were. There are just human beings in the “role” of teaching, for a little while, here and there. But they, we, are all humans.

Nothing extraordinary. Nothing particularly special about pointing the way towards this very moment.

In the end, the goal of yoga is about clearing the delusions and being able to be present here and now, in this moment, without preconceptions.

That is the goal of yoga, it happens when the “mind stops going crazy.”

I am angry because I learned quite a bit from Satyananda. He has well written books, he has literature that has inspired me.

But the anger stems from myself.

I am angry because I can still be stupid – I still think someone else knows better and has the power or the lineage to show me how to do it.

WE ARE THE LINEAGE. You and me, right now, in our private practice, in the decisions we make in every moment as we live in the real world, thank you very much.

We are the living aspiring practitioners of this time.

Nobody else has that power unless we give it away.

Please tell me why this happens.

Claudia Azula Altucher is a teacher of all branches of yoga. She is the Co-Author of “The Power Of No. ” You can find her on Twitter.