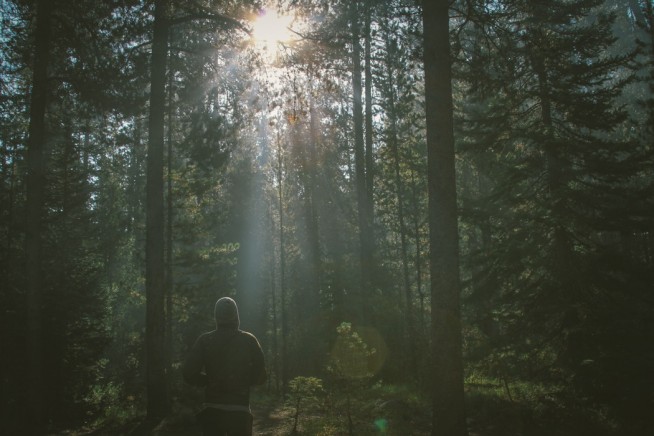 Forty-four years ago on a crisp, cool, Saturday morning, a seventh grader named Fred, made the choice to punch me into the following Tuesday. He asked me if my last name was Newman and if I was Jewish. I knew he already knew the answer but I responded anyway. In that next instant the truth didn’t quite set me free. It sent me flying.

I’ll never forget the glares that preceded the one punch knock down, the snide comments followed by a chorus of laughter between him and his friends, directed at me while they watched from the stage as I played basketball. What hurt the most was the participation of his sister Alecia, my classmate and someone I imagined was my friend who had clearly sided with her brother. I remember being saved after the fact by a teacher, rode home in silence with a friend and his mom, and then found myself alone in my room crying. I had been too scared to attempt to defend myself. And now in the safety of my own home, too embarrassed to tell anyone what happened. So, I sat with it, suffered silently and went about my best to forget it.

I’ve thought about Fred over the years. I even did some work around him during my Masters program in Spiritual Psychology. Those thoughts covered a large swath of my brain generating feelings of empathy and compassion all the way to, well, revenge. Not just any revenge. Mine came complete with a Rambo-like encounter in which Fred was an unfortunate casualty.

My own ongoing inner work and role as a Relationship Adviser in process (not to be confused with those who prefer to only talk the walk) did support me when memories returned and I was no longer, as an adult, unable to defend myself.

I’ve understood the shadow part of me that sought revenge, and also learned to embrace the forgiving side of me. I truly believed that in many ways I made peace with Fred and had moved on, not in the shadows of my own bedroom, but in my heart.

Then a funny thing happened. I became a parent. A parent to a child being bullied at the same age I was when I met my Fred. The tears in my daughter’s eyes brought me to a level of upset I had never felt before. The anger within me came to a crescendo when a voice in my head whispered — if that girl was three inches taller I’d kick her ass and her father’s. Wow. My Fred was back.

It was quite an uncomfortable time for me, managing my own deeper cut with my bully, all the while trying to support my daughter in taking responsibility for her own feelings while my own were all over the place. And then, this wild, crazy thought occurred to me – what if I could go 3,000 miles back in time and find my bully, Fred? Could I nip all of this in the bud once and for all by confronting him? No weapons, nothing sharp beyond some potentially choice words. I began to wonder about Fred. Did he grow up and see the errors of his ways or did I simply miss him on that last episode of Locked Up, San Quentin?

I even fantasized about us sitting together somewhere in a room, white light surrounding us as I was experiencing a huge energetic clearing, only to be interrupted when he leaned across the table and said, I really don’t remember any of this. What did you say your name was? Yeah, right. I’m not going to fall for that one again.

When I would snap out of it, thoughts of my daughter ran through my head. If I was going to properly support her in a clean, clear helpful way and not from behind bars for beating up a fifth grade girl and her dad, maybe all of this would go away if I just found him.

I took some steps to try and locate Fred through Facebook and our High School class lists but found nothing. I looked for his sister and came up short there as well. I asked around through people I was still in touch with from school if they had any info or ideas to help me in my search. I sent a message to one guy on Facebook who did bear a striking resemblance of how I might describe him to a forensic sketch artist as to what he might look like today, but I never heard back.

The more I looked and couldn’t find him, the more I began to see how caught up in the story I had become surrounding this journey.

I had the first act down – daughter being bullied reawakens dad’s own unresolved issue and decides to find his own bully. Then the beginning of a really weak opening to the second act of a few quick, minor efforts on a keypad to find the guy, and then caught myself wanting to jump ahead to this third act ending of and they all peacefully hug it out and live happily ever after. Where was the hero’s journey? Where was my descent into my own dark abyss to make this a perfect dad saves daughter Hollywood ending?

And then I found it. Who am I kidding? It found me. The subtext! My story behind the story! The Universe couldn’t have been any clearer as it shouted Find Your Bully! It just wasn’t talking about Fred. It was talking to me, about me. My bully. It was asking me to look at the times and places in my life when my own behavior towards others was unacceptable, inappropriate and downright bullying. A list began to form. It was a short list, but a list nonetheless.

And then came the deeper cut and deeper exposure.

In what places and in what ways have I over the years, and perhaps still today, bullied myself? @MitchNewmanTRA (Click to Tweet!)

Now I’m into the arena of personal development I call – “This sucks so good.”  This is my abyss where my own painful yet necessary work will ultimately yield the deeper healing I know is good. Just right now – it sucks.

Peace is the ultimate goal for me, my daughter and for others who may still have a stake in all of this. I’m not here to tell you in this moment that I have all of the answers or a resolution to all of this wrapped nicely in a bow. I’m a Relationship Adviser IN process and I’m in it. The difference for me now is I know where to look. I always say The Universe is like the Verizon Wireless guy, Can you hear me now? Can you hear me now? Well, I’m listening. I’m taking action, paying attention and making adjustments as needed. I’m not ten years old and scared anymore. My daughter is. What I can offer her is that I not only know better as her dad, but I’ve learned to love better. I’m trusting that love will get us both where we need to go.

Mitch Newman, M.A., is considered one of the top relationship advisers in North America by at least four people. For more than a dozen years he has advised hollywood-elite, professional athletes, high-profile executives, entrepreneurs and even a member of the royal family. His work centers on how to effectively get out of your own way to successfully participate in personal and professional relationships that last longer than the milk in your fridge. Mitch has been featured on BRAVO’s Millionaire Matchmaker, FOX News, dozens of radio shows and in major (and minor) publications. He resides in Beverly Hills, CA surrounded and outnumbered by his wife, Wendy, and their two young daughters. You can follow him on Twitter, or listen to his podcasts.