To Be in Her Skin 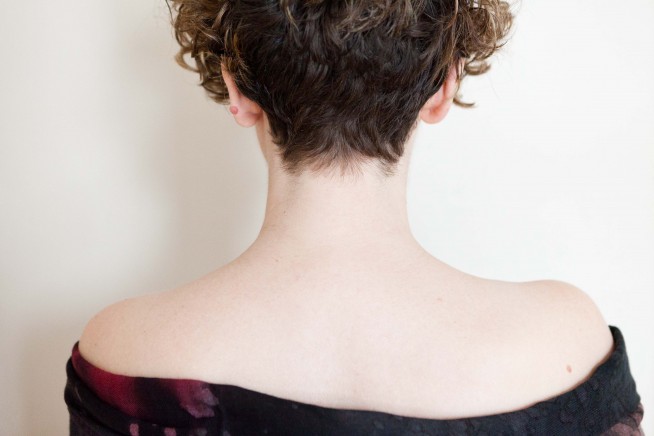 Being in her skin feels like honesty. The scars of a life laid bare. Tales of her years showcased there on the wrapper that holds her life.

It’s a place of despair and delight all at once, of confusion and wonder. It’s a riotous mix of colour and flair seeking a way out of each pore so that it may know the heady rush of meeting the air outside. Of breathing in.

She has a gypsy heart, roaming and restless, never wanting to settle for the people and places that fill her being with anything less than scalding truth.

She knows the flames of fires that she has danced too close to. The searing heat that tempts her. Lures her. Claims her. She finds comfort in that glorious glow, knowing that whilst she basks in the blaze she is unable to give attention to the tangles in her mind. A brief reprieve from life.

Being in her skin is bearing witness to her vehement vibrance. Her shocking hue.

She is the mistress of her own mind. Headstrong and willful. She reigns within her own personal queendom paying no mind to the whispers that reach her ears. She has little time to dwell on the judgements of others, her own turmoil being a louder tongue than any of the words they may utter.

She has a feral soul that strays to the edges of each earth she encounters. Her primal scream fills the cavity she holds within her. Her proud cry a temporary tone of satiety until the familiar draining sensation returns.

Being in her skin is an untamed living. A nod to wild ways and unrepentant words. A flurry of flaws and fears. A mergence of temper and touch.

To be in her skin is to feel fierce courage. She will turn up to each battle and fight until spent. She will not hide who she is. How she feels. Much later she will take time to lick her wounds and heal her heart, the effort of engagement leaving her worn.

She knows how gossamer fine the line between raw beauty and rich pain is. How tempting it is to cross that line, to test its endurance. She flirts with the edge, teetering at the perimeter, wondering what it might feel like to let herself lose the balance she has so carefully perfected. Sometimes she stumbles slightly and a gasp escapes her as she has a fleeting glimpse of the great expanse to which she almost gave herself to.

Being in her skin is being immersed in a haunting melody. A raging orchestra within her with each instrument determined to play to its full glory. She clamours for first place with the other sounds, yearning to be a solo yet somehow managing to blend in with the different notes. Resenting their presence whilst all the while appreciating their contribution.

She loves to blanket herself in stillness, to wrap herself in hushed tones. She harbours a deep need for soothing silence that quells her tumultuous mind. At other times the compulsion changes and she finds that being amidst the noise of the crowd suits her, the energy of the moving masses being an injection of verve to her veins.

She acts from instinct, her intuitive side making much more sense to her than anything she learned in a scholarly setting. Although she loves to lose her hours in the pages of books, she is drawn by words that speak to her spirit rather than lines she is told she needs to know.

Her face is lit by the rays of love that she has known, of the wondrous joy she has experienced. When hurt finds her and shadows fall she frees the tears from inside her and washes her heart from clinging loss, from remembered pain.

To be in her skin is to feel the imprint of a past that her memory can’t quite place. The details of her feelings desert her when she looks closer for clarity leaving only a hint of something that once came calling. Maybe in this lifetime. Maybe not.

She binds herself with an invisible thread that keeps her held together, that stops her falling apart. At times she feels more captive than is comfortable, the bind cutting into her, restricting her ebb and flow, halting her tide. Then, she let’s herself unravel, spilling out until she is quite undone. The act of falling apart holds its own aching beauty and her palate is familiar with the bittersweet taste it brings.

To be in her skin is to walk the worlds and see their wonders, to know their depths and forever heights. Her bare feet feel the secrets of each shore she presses against, collecting memories like seashells that the ocean couldn’t contain. She takes them with her, the remnants of experiences that weren’t hers and she weaves them into her own life as she forges her own path forward.

Skylar Liberty Rose is a big believer in the healing power of creativity and the freedom found in living your truth. She is a writer, blogger and street photographer and believes in manifesting dreams through action and visualisation. Skylar is an advocate of stripping away layers of conditioning and instead discovering the person you are truly meant to be. She is inspired by souls with spirit and courageous hearts. Skylar grew up in London, and now lives with her husband in New York City. You can follow her on Twitter, FB, and her blog.