Stop Useless Suffering Before It Begins 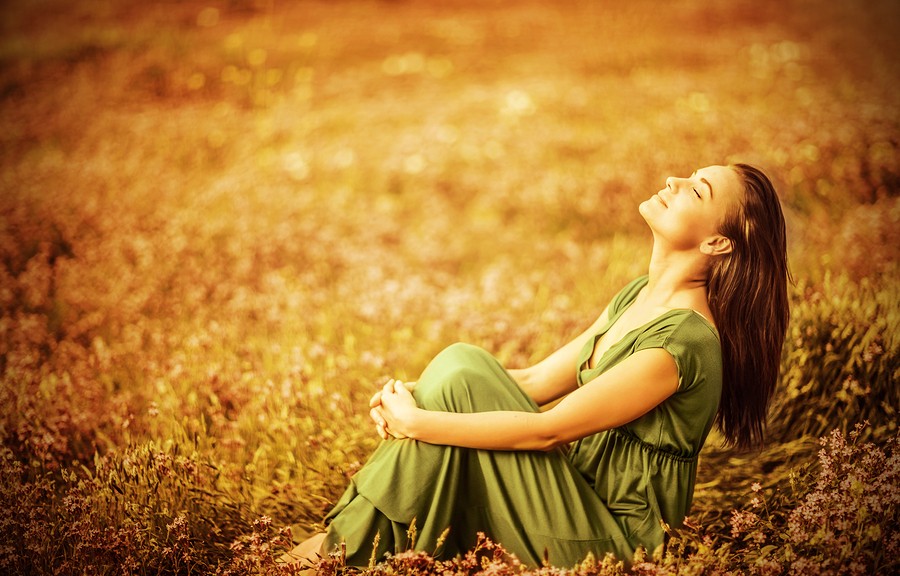 If there could be only one idea—a lamp whose light could show the aspirant of real life the way out of the prison of dark thoughts and punishing feelings—it would surely be this:

Your true Self doesn’t win in life by overpowering problems, but by revealing they never really existed as you once believed they did.

Truths such as this can be difficult to accept. Tell some people the basis of their present mental or emotional pain is a negative by-product of a mind trapped in an illusion and, as a rule, their response is to cling all the more tightly to their suffering. With few exceptions, the justification of their pain is as follows: given what they have had to endure, there is no alternative but this — their pain.

So before we go any farther, let’s set the record straight:

Many things that have happened, and that continue to happen in our world are, at best, dark and difficult to deal with. Let there be no question about this: sleeping human beings do terrible things to others, as well as to themselves.

But the key point here, for those seeking the Self that never dies, is that passing events — in themselves — do not have the power to make us suffer. It is our negative reactions that first blind us, bind us, and then hurl us into a world of hurt.

The proof of this crucial finding, that events themselves are not the source of our psychological suffering, is found in the inspiring life stories of many people throughout history. One by one, we learn how individuals, facing impossibly painful conditions, not only transcend the hardships they face, but emerge from them in some way transfigured. And what one can do, all may do; the victory of a single soul over any darkness lights the path for all that follow. A few real-life stories help illustrate this beautiful truth.

Not many years ago, a brilliant young athlete was injured in an accident that left him paralyzed. Instead of falling into despair, he went on to help other young people who were similarly injured to overcome their sense of loss and to lead healthy, productive lives.

In an interview about how the accident had changed his life, and how his loss had come to enrich the lives of others like himself, he made some very revealing comments. He told the reporter that without the accident that took his legs, his eyes never would have been opened to see there was a whole new dimension of life just waiting for him to be awakened to it. His life-shattering experience had so transformed all that he knew about life before it that, if given a choice, he wouldn’t change anything that had happened.

How did he come out on top of life-conditions that tend to bury most others? Rather than be dragged down by it, he agreed to learn the life-elevating lesson that lies hidden in all unwanted moments.

Choosing this right path in the face of his pain brought him immeasurable rewards. For instance, he came to realize, as we must, that his true Self is not tied to his physical body, or to the outcome of any unwanted circumstances. His awakening to truths such as this fulfilled him in ways that no man-made trophy ever could. Although in the eyes of the world he had become more limited, in fact his universe had expanded to realize a new sense of freedom beyond anything he might have hoped for in his former state. A devastating event, that could have sown the seeds of bitter regret and resentment, grew instead into a soul-ennobling opportunity that gave him a whole new way to look at his life. An old Arabic saying suggests the secret behind this triumph: “The nature of rain is the same, but it makes thorns grow in the marshes and flowers in the gardens.”

In his inspiring book Man’s Search for Meaning, Viktor Frankl describes his experiences as a prisoner in a Nazi death camp. While many became embittered and hardened in their captivity, some were able to transcend even their horrifying circumstances to develop a relationship with a higher power.

No longer tied to the meanness and cruelty of the world in which they found themselves physically, they achieved a spiritual understanding that lifted their lives—and others around them in the same dark situation—far beyond the reach of man’s inhumanity to man.

Such transformation is largely incomprehensible to those who believe their anger at some injustice makes their hatred righteous. The spiritually blind suffer only themselves, but always “see” others as being responsible for why they feel the pain and sorrow that they do.

To be able to see any life event — good or bad — as a “vehicle” to help transport us from our present level of understanding to a higher one, requires that we develop a new relationship with these unwanted events in our lives.

Instead of trying to protect ourselves from them, we must be willing to see what they are revealing to us about ourselves in that same moment. The difference between these two paths, and their attending possibilities, cannot be overstated. The latter leads to a revelation that the Divine already has a higher purpose for our life, one that includes all the powers we need to transcend any painful situation; while the former path ensures the fear and suffering that are inseparable from trying to protect the false images we have of ourselves, along with their imagined false purposes.

Yes, the path that leads to revelation is more difficult, but only in the beginning. Following its way, we are asked to look for the source of our suffering within us, instead of what our suffering points to outside of us as being its cause. Why choose this route?

Because it’s only by deliberately illuminating these darkened corners of our own consciousness—where shadowy parts of us work in secret to misdirect us—that their authority over us can be brought to an end.

Author Vernon Howard always encouraged his students to choose in favor of this “uphill” path, in spite of how challenging it may appear. His teaching on the subject was direct, and perfectly clear to anyone weary of walking in circles. He always said when facing any difficult situation, including the darkness in oneself: “Take the easy way, and perpetuate the hard life; take the hard way, and realize the easy life.”

Though it may seem too steep a hill to climb, especially the first time we consider its ascent, nevertheless, here’s the first step that leads to freedom from useless suffering:

To this idea the masses cry, “Impossible…Pain so real as ours is undeniable!”

No one is saying to deny this pain, or to otherwise pretend it’s not there. Yes, the feeling of any pain is real, but here’s what we must come to see—if we would set ourselves free: all the excuses we’re handed—by ourselves—for why we must continue to hurt ourselves are like flies that travel with trash.

The only purpose they serve is to make something worthless seem valuable; garbage is garbage, no matter how it comes wrapped!

Consider closely the twin truths in the following summary of this study. Within them rests the understanding—and the power—you need to start throwing useless suffering out the door:

We are wrongly led to believe that life makes us into the kind of person we are. In truth, it’s our level of understanding that makes life what it is for us! This is why nothing can really change for us until we see that trying to change some condition in life, without first changing the consciousness responsible for its appearance, is like…blaming the mirror for what we don’t like seeing in it!

Excerpted from The Secret of Your Immortal Self, by Guy Finley, Llewellyn Worldwide, 2015.