How to Forge Your Own Path in Life 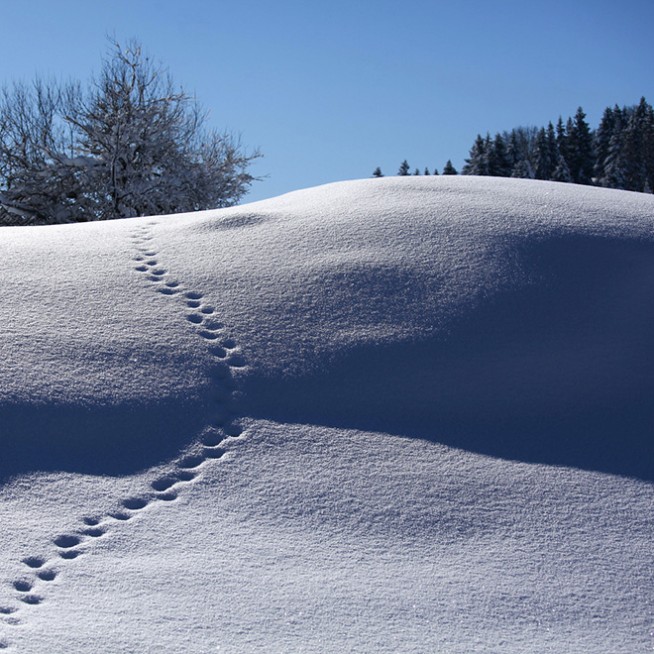 “If the path before you is clear, you’re probably on someone else’s.” – Joseph Campbell

I’m from the cold white north, in Canada.

Growing up, I learned that being the one at the front of the pack is hard work.

If you’re the one in front, you’re clearing the path for others, and that can be tiring if not rewarding work.

Sometimes in the winter that meant that when we were snow-shoeing, I’d hang back so I wouldn’t get tired from patting down the snow for everyone behind me.

Or in the summer time, I followed the pre-determined trail, so I wouldn’t get whipped by a branch in the face while we walked through the forest.

I learned that to be the one up in front of the pack meant bearing the brunt of the elements.

I absorbed that being the leader came with some drawbacks.

So I made myself small and stayed behind. Even though part of me really wanted to explore and lead, to decide where to go and make my own way.

I did this unconsciously, of course. This protection mechanism permeated many aspects of my life: I did well enough in school to get by, but never so much that I was number one in my class. That would have been dangerous, especially because I saw how the smart kids got teased at school.

For many years I was content to go through life this way. Always number two or hanging back enough not to ruffle any feathers, or get singled out.

But something changed along the way.

The first big change came when I started taking martial arts as a teenager. I learned the benefits of improving your own skills, and being able to teach others as you progressed.

After a few years of consistent martial arts practice, I was on my way to getting a black belt. There were times when it felt scary to think of myself as a black belt martial artist, because you’re held to a higher standard when you have a black belt. You can only use your skills for self-defense, and you become a leader in your school.

You serve as an example for other students, and you’re the one in front paving the way for others.

Luckily, I had other black belt role models and teachers who showed me that it didn’t have to be scary. I learned that you would gain more confidence in yourself by helping others and by teaching them new moves. It was a beautiful win-win situation for both teacher and student.

This was the complete opposite of the story I had absorbed as a kid in the forest or walking in heavy snow.

So when I decided to not follow my peers after graduating from college with a degree in Software Engineering, to pursue starting my own business instead of taking a steady job… I knew that my childhood conditioning was no longer at the helm.

Yes, there were times when it was tough being the odd woman in front. When other people questioned my decisions, and asked me why I would want to take such a risky path and become an entrepreneur.

I thought back to my training as a martial artist, and how good it felt to do my best work. I knew that the corporate world wouldn’t be the place where I would do my best work, so starting a business was my way.

Now I know that instead of trying to fit into someone else’s pre-made blueprint or system for how you’re supposed to live your life, it’s actually safer to forge your own path…

Because we’re all forging ahead on a daily basis, whether we know it or not… we need to remember that we’re not only leading by example in our lives, but we’re also responsible for the path that we take.

If we’re constantly listening to what friends and family are saying about our decisions and choices, that can be even more draining than wading through the snow. Especially because you might regret where you end up, years from now, if you’re not listening to your own internal guidance about where you want to go!

So my call to action for you today is this:

The path may be unpaved, the trees may be thicker, but you’re the only one who can see the vision of where you’re taking your life.

Nathalie Lussier is an award winning digital strategist and co-founder of AmbitionAlly. She’s also the creator of the wildly popular and free 30 Day List Building Challenge. You can find more info on her website or follow her on FB or Twitter.