Stress Almost Cost Me My Life and Marriage 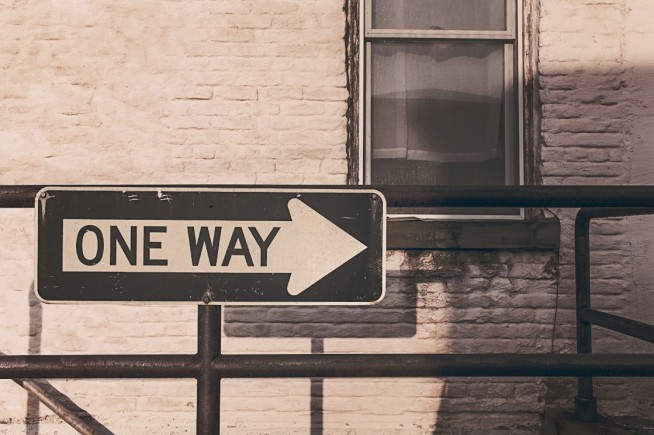 I was twenty-five years old, taking Xanax four times a day, had a baby, and stressed to the max. Some of us just have personalities that are wired like that. For some, things just roll off their backs. Sometimes, I wish I were more like that. But you know what, there are pros and cons to both.

I sat in that law office, making a six figure salary at that tender age, part of me feeling like I should be proud of everything I’d accomplished. I had “success.” Pay day would come and there was no way in hell I could spend that check all by myself. I was raking it in. I was stoked.

I was underweight. I looked like an anorexic and I couldn’t sleep at all. I was in panic mode all the time, fighting to survive, and to be honest, not that nice.

Wow. It still feels good to remember the day I called my parents and said, “Thank you for the education, but I can’t do it anymore, I’m going to teach yoga.”

WHHHHHHHHAAAATTTTT? I’m glad I was 3000 miles away when I made that call.

So there it was. I had to figure it out. And of course I did. Again, that’s just my personality: make it happen. I left the corporate life that was slowly killing me behind and poured myself into learning yoga. I went to every training I could find, went to yoga retreats, met and learned from phenomenal instructors. sixteen months later, there I was, at the front of the practice room, leading my own classes. I wasn’t making six figures anymore, but my body, mind and spirit were so grateful for the change. I set my mind to it, reach for the stars and never looked back.

But fifteen years later, there I was again, unhappy with how life was unfolding. My OMs weren’t really helping me (well maybe a little, because I probably would have been dead by then). But seriously, all of that “peace of mind” I was trying to calm my mind with just wasn’t working. By then, I was a yoga and Pilates instructor, vegan health coach and I was almost dead. And the scary part was, there was not one person who was able to help me.

I thought I had been doing everything right! Why the F*CK was my body shutting down on me? What was the message I was supposed to be seeing in front of my friggin’ face?

I had a brand new baby. She wasn’t even two years old. She would come up into my bedroom wanting hugs and kisses from her mamma and I couldn’t even pick her up. What do you say? Sorry baby, your mamma is too sick to love you right now?

And then I got REALLY SCARED. What if this was the end? What if I’d never see her grow up? What if I could not be there to protect her and give her the love that every child needs to grow up healthy, strong and secure in themselves. I wasn’t going to see her get on the bus for her first day of Kindergarten.

And then one day, after literally dozens of docs, I met a chiropractor that gave me a taste of reality. He took one look at my tongue, a listen to my pulse and just like that, he said the only way to fix what was wrong was to shift everything about my life.

I wasn’t freaked out about the changes – I was happy to finally have answers and knew that I could and would do whatever was necessary to get my life back. Except it wasn’t just the food (I, too, am in a hurry and eat chips for dinner sometimes). He didn’t tell me to juice more often, or that he wanted me to do more yoga, or rid my house of chemical cleaners or all that yucky stuff in my skin care products I didn’t think twice about before.

It was a much bigger picture than that.

What did my vision of myself look like? What was my relationship with my husband like? Was I really in the right career, or did I have to find something else? Again.

And then the fighting got worse.

It never stopped with us. Some people thought it was cute. I was the Yin to his Yang. Or whatever.

But it was KILLING me.

My marriage was STRESSING ME OUT.

I was never good enough. I wasn’t the stay at home mom he thought he’d have, which was friggin’ ironic since the main thing we fought about was money and how I was spending too much on my damned organic food, how there was never enough of it.

But there was more. I wasn’t attentive enough as a wife. There wasn’t enough sex. I was never around (when I WAS feeling well). I was working too much or off on my yoga trainings and retreats.

My marriage was falling apart. So now I was sick, depressed and my second marriage (with a two year old) was on the rocks.

That’s the moment I knew that everything about my life had to change. I was not going to let another marriage end, and I certainly wasn’t going to let all the stress kill me. I had a two year old to live for and a marriage I WANTED.

What’s the point of a successful career, a fancy car, a nice house, a family, if you’re too unhealthy or depressed to appreciate any of it? You can lose everything that you’ve worked so hard for in an instant.

What did I WANT? What was I willing to do to make it happen? What was my life going to look like on the other side once I’d done the work? Those were the questions I was asking myself at that moment.

And you know what? It wasn’t easy. And it took time. I had to get me healthy again and then work with my husband to get our life back. We tried a therapist. It sucked. We tried another. Still didn’t work. We tried a third. We were getting closer. We set aside time to just be with each other and encourage better communication. The fights were still awful at first, but one thing we both realized was that we wanted this badly enough to survive. We were going to make this work no matter what. Yes voices were raised. Yes, doors slammed. But our commitment to each other kept driving us back. We knew we were going to be lucky enough to survive.

I knew how precious my life was. I was going to discover what was really important to me and I had both the STRENGTH and the DETERMINATION to make the changes I needed to make and live my life creating abundance and peace of mind.

What’s it going to take to write the story you want to live? @hayleyhobson
(Click to Tweet!)

What’s it going to take? I promise you that story is a great one. Start putting your pen to paper.