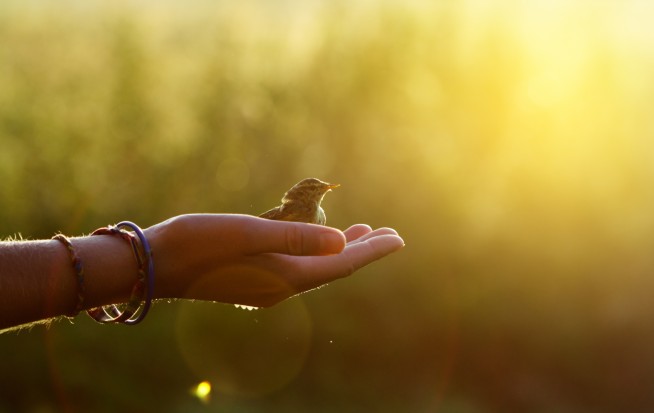 I took a long, deep breath after I wrote that headline. A sadness filled my heart. My fingers typed extra slowly as my mind debated whether to even continue with this article. This is such a delicate subject.

This past month my family was touched by the suicide of someone close. Close enough that she had recently visited our home and our children played together, often over the web. At the time of her death I had debated writing about it and had opted not to. Just too raw of a subject for us all.

Today I had a long conversation with a very close associate who plays an important role in my writing. She too had recently been impacted by suicide and we spent an hour talking about the deep pain, the rich lessons, and the open questions we both were experiencing. It was a conversation that freely mixed tears, philosophy, and the kinds of real-life spiritual questions we are all asking deep inside.

Having said that, I’m still debating whether to go on. But I will …

I have been pondering why suicide carries such a charge. Death, in all its forms, is difficult to digest. Regardless of our beliefs, when someone leaves the physical body there is a very real mourning to be done. Despite our lovingly articulated eulogies of better places, peace and rest, we miss and mourn people who pass on, which is part of the beauty of the human experience. But suicide is different. It brings with it so much more than mourning; it’s more intense and … it’s so personal.

That’s what I want to discuss today: the personal aspect of suicide. First, let’s take some more deep breaths together and get into a space of safety and connection. We are in this together.

The answer to the question I posed above about the intensity around suicide is, for me, that suicide forces us to confront the reality of our relationships with others. It makes us stare head on into the incoming traffic of our minds and face the truth that we are making each other up. The I that I am to you lives only in your mind, and while we may agree on names and adjectives and other words to describe me, the I that I am to someone else is totally different because that version of me lives only in their brain. This goes on and on and on. All of us making each other up based on our own unique perspective. And then a suicide.

When a friend takes their own life we are left with the devastation of death AND the devastation of realizing that our version of our friend wasn’t the same as theirs. We are angry, self-righteous, and confused. We call them selfish, we wonder why they couldn’t see the love we held for them, and we question if we ever really knew them at all. And, I believe, all of those questions and feelings are 100% totally right.

We are angry because they weren’t who we said they were. We are self-righteous because they didn’t see things as we did. And we are confused because their version of themselves didn’t match ours. They were selfish — 100% totally being exactly who they thought themselves to be and that didn’t match our thoughts. In fact, the truth is we never really knew them and we never really know anyone — we just know the part we know … the part that lives in us.

That’s a reality we don’t often like to face. It’s so much easier to go along with the stories in our head and never move outside its comfortably familiar boundaries. So when someone shatters the story we are flooded with the emotions, questions, and confusion that makes suicide so difficult to process.

I recently participated in a spiritual conference where I watched a panel of spiritual leaders discuss the separation of matter and spirit. One by one the panelists shared their views until the microphone arrived in the hands of an elderly Tibetan Buddhist monk. I was familiar with this monk from studying his work. He had, on two separate occasions, sat in meditation in a cave for multiple years straight. He cleared his throat and began by saying, “For us Buddhists, we always have to start by acknowledging that this all, including each of you, might be a product of our mind …” In other words, we are all making each other up.

When a monk at a spiritual conference says this we listen, maybe contemplate the idea for a while, and then it’s lunch time and we go eat. But when we are confronted with the real-life manifestation of those words, it shakes us to our core. And that’s what suicide is. On top of all the pain of death, this extra-added smack in the face of our made-up reality makes it really difficult to deal with.

To ease the pain we often open ourselves to the possibility that our loved ones are in a better place — a far off space of peace, love, and acceptance. Depending on your tradition we have different names for this, but the sentiment is the same: that those who have passed live on in a peace not experienced in the physical.

Today I invite you to allow for an additional thought. The idea that the better place is in you.

That our job in death is to create a better we, so that our loved ones who always lived in us have an even better us to call their final resting place. Allow this time of mourning to be a process of growth, of new discovery, and of an increased opening of your heart. And in that extra space allow your loved one to rest, peacefully … in your heart.

Today is an invitation to allow that birth to occur in you — a birth of renewed love, understanding, and openness. In this way our loved ones live forever. In this way they never leave us. And in this way, they are closer now than ever.