How My Life Changed in 6 Months of Idea Sex 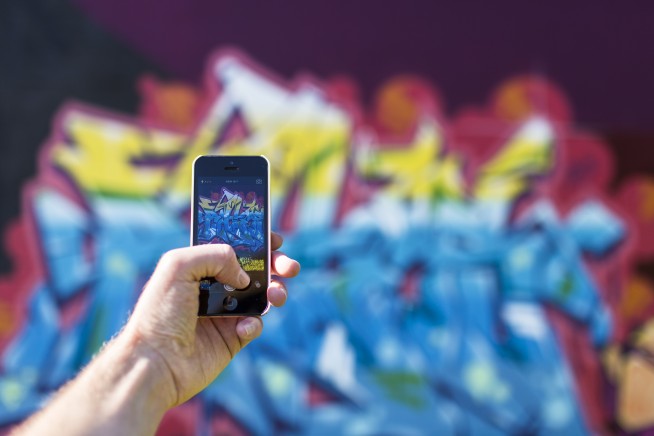 It’s been exactly six months since I started writing Become An Idea Machine. It’s time to share with you what happened… Because why would you believe me otherwise?

Arnold, a huge advertising agency out of Boston (with clients like Progressive, Hershey’s, Santander, etc) invited me last week, to give a talk about Hispanic culture (17% of the population of the USA is Hispanic), creativity, idea machine, and idea sex.

I know nothing about advertising.

Heck, I know very little about everything!

But I do know about coming up with ideas. Every day. Ten ideas. Because I wrote the book.

And I also know about having “idea sex”. Meaning merging one idea with another to have “child” ideas.

That is what “idea sex” is.

The blues meets rock’n’roll and the Rolling Stones are born… Or,

George Lucas reads Joseph Campbell and we get Star Wars.

Fei who works for Arnold, interviewed me from her podcast a few weeks ago.

She was particularly touched by something I said. This:

“We are at a point in history where we have to stop pretending we are not brilliant beings. We, as women, need to become idea machines, pronto. The power that comes through it, is a responsibility we owe to the world. We have to own our talent and admit that we have something to bring the table. There’s no winning in playing small anymore.”

And I got an invitation to speak.

All because of the idea machine at work, which started with writing the book, giving prompts for other people to develop their idea muscles, and then going on podcasts, and meeting people, mingling, giving ideas away for free, and so on.

James and I got a text message from someone in London.

This person was hesitant whether this “coming up with ten ideas a day” could result in change.

And more importantly, in money.

James and I answered that on Ask Altucher episode 242.

This person had serious doubts that wealth could come from just writing down ideas.

And I think he is not alone.

I understand the objection, I used to think that way too, but I realized that I was using it [the objection] mostly as an excuse to not put in the work.

I did not think it would be worth it… Or hard. And I was wrong, it IS HARD to come up with more than six ideas in one sitting. On the last four the idea muscle fires up, and you feel it.

I can also understand why someone would think it does not lead to REAL MONEY.

Because the money does not show up in the way you would expect it to.

Once you are an idea machine, money manifests in many ways, including connections, new relationships, opportunities, a richer life, and yes, money as well.

The beauty of the proposition is that simple. Elegant even.

Come up with ten ideas a day. That’s it.

PROOF THAT THE IDEA MACHINE WORKS

Of course I can’t speak for others, but for me making the idea machine muscle sweat every day is already showing results I cannot ignore.

I don’t want to brag, but I do want to show you exactly what happened to me as a result of coming up with ideas every day, for six months.

I’ve learned about persistence, rejection, putting together a show, asking intelligent questions, being curious and having conversations that flow.

I am loving it.

I am also learning about real yoga, about what interests me, which is what is true.

To me yoga is more about becoming a Jedi knight than about getting into pretzel poses… It is about controlling our mind no matter what happens outside, and about releasing the results of our work.

I wanted the real thing and I am getting it from all of these amazing teachers that are coming on the show.

2. I’ve given GOOD Ideas Away With No Expectations To At Least twenty People

And not just any ideas, I really thought about them, and I put a lot of energy so that they would be good and helpful.

One of the people I sent ideas to was the CEO of 99 designs.

He responded to me and thanked me for the ideas. He told me he was going to talk to his staff and asked if it would be OK if he read my points to them.

I continue to do this.

I know that sounds simple. Turns out it is not so.

WordPress requires a whole new set of skills I did not have.

I disappeared from life into a vortex (as James says) for thirty-six hours. But I got it done.

I have trouble believing when I write it, but yes, the Google Campus in London invited me to talk to them about the idea machine. Everyone needs ideas…

Here is that talk.

5. Gave a Talk to a Class of NYU Graduate Students.

Matt Cappala (Author of SEO Like I’m 5) invited me to talk to young and bright minds who are taking his class on marketing and SEO.

It was amazing to see them light up as they where writing ideas.

It was even more amazing to talk about how we, women, need to level the plain-field (we get paid seventy-five cents on the dollar) by being a source of brilliance and idea generation.

A few weeks later we had Matt on Ask Altucher and he told us exactly how to make money with a blog in six months.

6. Appeared In At Least a Dozen Podcasts

Giving interviews is a completely different dynamic, people get curious about your work, and when you are inspired and fired up through the idea machine you trust the words that come out of your mouth.

7. I’ve Been PAID for Consulting jobs at Clarity.fm

I received four requests for consulting. And I had to say no to two of them.

One I had to pass on was regarding an app for the I-Pad which was too hard for me to understand. I knew I would not be able to help because it required more than thirty to sixty minutes. It needed a lot more work.

But, I put a lot of thought into it and gave this person ten ideas anyways.

I did the same with the other client I had to say no to. Meaning I gave her ten ideas.

“I don’t want to waste your time or money,” I said, “but here are ten ideas.”

I did take TWO calls, and they were both exhilarating.

One was someone who needed recommendations on copy for a great product, and the other was suggestions for a business to start monetizing.

I put a lot of hours into preparing for the calls. It was fascinating to enter the world of another person, another business, another field of work.

And I got paid…

I also got five star reviews for them saying things like:

This was just what I needed!

What Claudia helped me create is exponentially better than my previous attempt, I am now a lot more confident to go forward

You can see them here.

8. Gave A Talk at Arnold Worldwide

As I told you in the beginning, and there was talk of possible “consulting.”

This was a lot of fun as the focus was on idea sex and creative people are fun to talk to.

For example I created this video with 7 Doctor’s-backed yoga poses to ease and prevent back pain.

People like Tony Robbins, Mark Ford, Fei Wu, Matthew Capala, Brian and Amy Koppelman, and connected with many amazing yoga teachers through the yoga podcast like:

Three of my favorite yoga related episodes are:

Should I Quit My Job To Open A Yoga Studio?

How Money Do I Need To Quit My Job?

And this one in which James surprises me and asks: What Is The Minimum Viable Yoga A Person Can Do To Feel Great?

12. Recorded The Audio Book for Become An Idea Machine

Recording a whole book is a LOT of work. But it is completely worth it. Now I am getting ready to help James record The Choose Yourself Guide To Wealth.

13. One More Just Because You Read This Far

I am blessed that my book Become An Idea Machine has remained at the top of the entrepreneurship category on Amazon since the start… It is nothing short of a miracle, and I am glad that the message resonates with people who read, and more importantly, practice.

And this is just six months…

WHY IS IT IMPORTANT?

The world we live in is very different from the one we grew up in.

I see it in business meetings, I see it in people who write to us struggling to pay rent.

There are no more safe jobs…

We need to become value-givers in order to be repaid in money or connections or services.

HOW DOES IT RELATE TO YOGA?

Focusing the mind on coming up with ideas makes the monkey-mind stop.

It re-directs the energy of the endless circuit of negativity the mind offers (to protect us – that is what she thinks) and laser-focuses it on something healthy, like new ideas.

Coming up with ten ideas makes the mind focus.

Focus is the SIXTH LIMB OF YOGA.

But that is not all…

Learning to use the mind efficiently by exercising the idea muscle helps me discriminate better.

And that is at the core of the yoga teachings…

Learning to distinguish what is true from what is not.

I hope you join me on the transformation. And that you tell me about it.

And remember to subscribe to my newsletter for pre-releases, ideas and yoga on demand.

Claudia Azula Altucher is a teacher of all branches of yoga. She is the author of “Become An Idea Machine,” & Co-Author of “The Power Of No.” You can find her on Twitter.