Warning – Autism May Cause Happiness 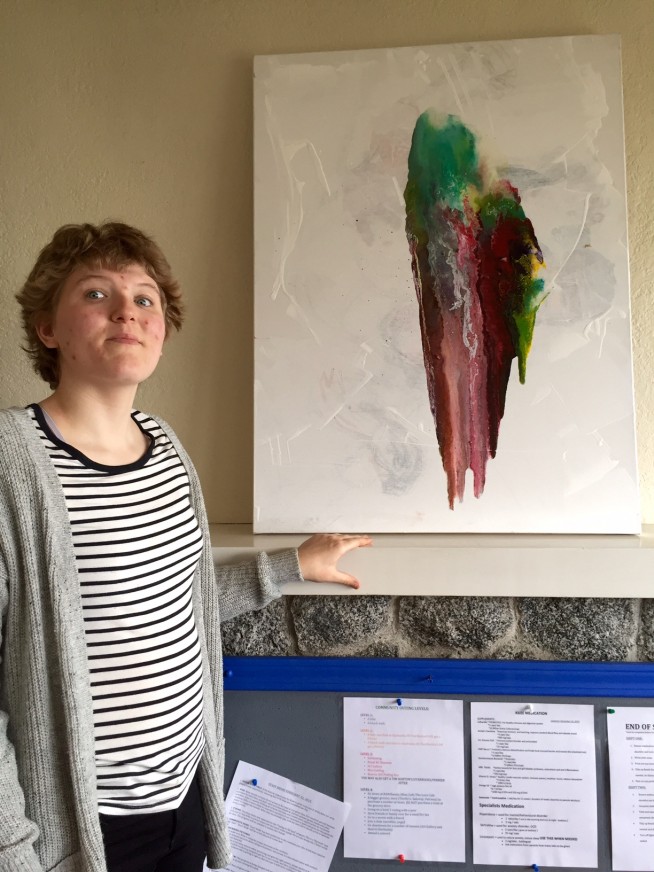 Sometimes the path to happiness catches you by surprise. My personal journey to happiness began when my two year old daughter was diagnosed autistic.

The conventional therapy where I lived was Applied Behavior Analysis or ABA for short. I went and watched one of our local boys who was considered a “success story” by his therapists and by his parents. Then I cried. The process I saw used aversion therapy when a desired behavior wasn’t achieved (think squirt gun) and even when there was a successful outcome, it was rote – like training a dog. My heart was yelling that this was not respectful of my daughter as a person. I would not treat my other typically developing child this way, so how could I possibly treat a special needs kid like this.

After some time on the internet and in the library, I found one inspiring story, the story of Raun Kaufman’s parents who cured his autism after developing their own way of working with him.

This was the only place I saw that magical word CURE. This word provided with me hope. In times of grief and sadness, sometimes hope is the only positive emotion we can muster.

With newfound optimism, I was hooked. In weeks I had headed to the Berkshires for a Son-Rise training session at The Option Institute. I was fueled by a powerful purpose that filled me with resolve to do anything to fix my daughter. (Note the word “fix”. I wasn’t happy yet.)

I arrived to find a campy environment. Glamping was more my style, but for my sweet girl, I would share a cabin with strangers. The sign at the entry read A Place for Miracles. I was greeted by smiling, huggy, people I would describe as hippies. They were dressed for comfort and had relaxed faces. They seemed just too nice for my stressed-out, type A, way of thinking. I called my mom and told her I was at a cult. But I was staying if it would help my daughter.

For those of you not familiar with autism, the saying goes “If you’ve seen one child with autism, you’ve seen one child with autism.” This refers to the fact that autism presents in a full spectrum of symptoms and behaviors. My daughter was at the severely impaired end of the diagnostic spectrum which is common for girls. Statistics show there are five boys diagnosed for every one girl, but that girls are usually more profoundly challenged.

My daughter had virtually no eye contact, no language, she was still in diapers, she didn’t understand how to play, she cried or screamed for approximately seventy-five percent of her waking hours, she rarely slept for longer than four hours total in a  two four hour period and these four hours usually happened in twenty minute spurts. I was worn out from parenting her. I was grieving for the loss of my perfect first born daughter who might never talk, go to school, have a boyfriend or go to college, and at the same time trying to wrap my head around the impact this would have on the rest of my life. I was told she might develop seizures, that she might become violent, that she would probably get worse before she got better and if she were to get better it had to start in an immediate and intense intervention as the window of opportunity for greatest neuroplasticity was closing. My emotional and physical reserves were depleted. This is where I hit bottom.

At the end of the first week of training at “happy camp” I had gleaned as much as I could about the technical process of running an intervention for my daughter in a respectful way that felt in alignment with who I was as a mom. I knew how to create a low sensory environment. I was an expert at encouraging eye contact. And I had a tool kit full of fun things to do while teaching skills like eye contact and language acquisition. I had also been introduced to meditation, some questions about my feelings and a process called the Dialogue that is designed to get you to the source of your emotions.

Emotions were not my forte. After the founder of the program told me I was a bad hugger, they actually provided me with a cheat sheet listing the emotions and little emoticons that explained what the accompanying face might be. Talking about my feelings was hard, mostly because I wasn’t familiar with allowing my feelings to happen. But something changed in me – a tiny spark of positivity was ignited.

As I started to allow my emotions, I relaxed into my own body and developed a new confidence. When I got home, I noticed that the other moms in my autism support group were bitter and angry. They were burdened by their autistic children where I felt honored to parent my extraordinary child. She was the catalyst to a new version of me.

I continued to take all the courses designed for parents of special needs kids and by the time I had completed them I had decided that if this was a cult I would drink the purple Kool-Aid! I returned many times to The Option Institute for adult personal growth courses and it was during one of these courses that I met my husband. I changed virtually everything about myself, or as I like to think of it, I got back to being the ME I was meant to be. I had years of unlearning to do. But from the gift of this child, I am truly happy.

So what did she teach me?

Sometimes the way we get someplace isn’t the way we had mapped out. @AhaMoments4U
(Click to Tweet!)

But things always work out exactly as they should. Who would have thought that autism would have been my way to happiness?

Tamara Lechner is a “Happiness Expert” and Chopra Certified Primordial Sound Meditation Instructor whose mission is to be so happy that those around her cannot help but to step into her light. She lives in Victoria, BC and enjoys writing, speaking and teaching. You can follow her on Twitter, FB or Instagram.