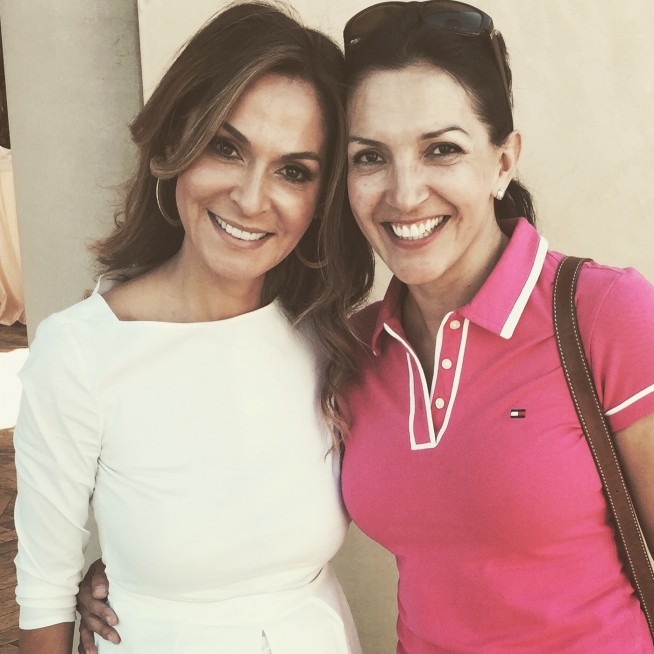 A mutual friend introduced me to Norma Bastidas recently, as he knew that I am in the midst of publishing a new book profiling the lives extraordinary women entitled, Visionary Women. Norma proved to be an incredible inspiration (she overcame poverty, rape, abuse and addiction), and her story could have easily been included in my upcoming book had it not been sent to print. In 2009, Norma became the fastest female in history to run seven of the planet’s most unforgiving environments on seven separate continents in seven months. You can find more info about Norma here. I hope you are inspired by her interview below.

Can you tell us a bit about your journey? Can you share some of the personal obstacles you have had to overcome to become the woman you are today?

I am a survivor of sexual violence from childhood. The first time I was raped (by a family member) I was eleven years old. It continued until my mid twenties by different perpetrators. The fact that it happened so often and nobody ever did anything to stop it or to help me made me feel helpless to the situation. By the time I was nineteen years old, I was working at a bar in Tokyo, Japan as a hostess and was forced into being an escort.

I didn’t think I had the choice of saying no.

It was not until I started to work with the United Nations’ Blue Heart Campaign raising awareness about Human trafficking, I realized I was a survivor as well.

What has been your proudest moment?
Becoming the mother and role model I knew I could be. Breaking the cycle of abuse and raising my children in a healthy environment is the most important thing I have done in my life, especially because I was not given the tools to do so.

What do you do to prepare for your races?
Training for such a demanding sport as endurance sports means a deep commitment and incredible focus. There are times in my life when I have to train between seven to twelve hours a day, I often train during the night while my kids are asleep so I don’t become an absent parent.

How did it feel to be reached out to by Oprah to share your story?
It’s one of those moments that will never make sense to me. Nothing prepares you to receive a call form Oprah’s producers; I still have no idea how they heard about me.

I am a strong believer of letting your actions speak. If you do something worthy you will be noticed.
@antravelista (Click to Tweet!)

I just didn’t think it was going to happen to me!

Can you remember the moment when you were at your lowest point? How did you regain hope and energy to carry on?
When I was twenty-four years old I woke up face down on a pool of my own blood, I had been physically and sexually assaulted by the roommate of somebody I had dated, apparently he had a crush on me. I had stopped at a club on my way home to see some friends and he offered me a drink, that is the last thing I remember clearly until the next morning. The next few months were the toughest. I couldn’t understand why it kept happening to me. Nobody except for my family and my best friend stood by me, while I recovered from the injuries, and had surgery to reconstruct part of my face. I considered suicide, but just as I reached the moment that I had to make the decision of letting go or fighting back, I made the decision to fight back, to NOT believe it was my fault or that I deserve it.

What do you consider to be your secret to success?
I bounce back, that’s all. No matter what happens I made a decision long ago to not give up on me.

If you had one message to share with everyone, what would it be?
Trust that it gets better, no matter what just keep going.

My life was a nightmare for so long that it is kind of empowering to think that as an adventurer my life is about pursuing dreams.

Who are the people in your life that won’t let you fail?
My two sons are my biggest supporters; they are the ones I ask first when I have a project in mind.

What is one characteristic that you would say defines you best?
Persistence.

What nourishes you and gives you strength?
Nature and animals.

Do you have any words of advice for someone trying to heal himself/herself from a difficult past?
You can’t always choose what happens to you, but you always have a choice of how you deal with it.

What is your motto?
I set my own limits.

What is a dream that you would like to achieve in your lifetime?
A world without violence.

Can you share what is your next athletic challenge?
The triple crown of open water swimming. It is 21 miles across the English Channel between England and France, 20.2 miles across the Catalina Channel in Southern California, USA and 28.5 miles around the Manhattan Island in New York, USA.

Angella Nazarian is the bestselling author of Pioneers of the Possible and creator of the newly released iPhone app My Personal Coach.