Why You Feel Unfulfilled: 3 Ideas That Will Change Your Life Forever 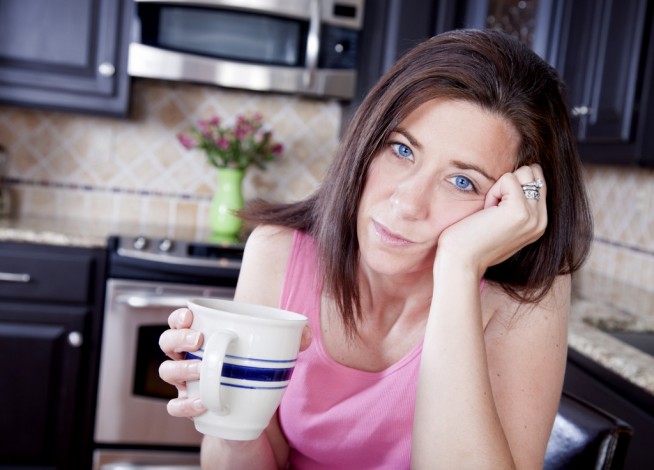 When I was in grade three they thought I was stupid.

Nobody ever said that to my face, but that’s what my teachers told my parents.

I was the class clown, I never sat still and I didn’t to do so well on tests.

One day I was sent out of class, down the hall to a small room across from the boiler room and told that I had to complete a special test.

I was eight and I thought I was being punished for being a bad kid.

Turns out my mother had demanded they give me special IQ testing which proved I was actually pretty smart.

I guess I was so smart that I wasn’t allowed to learn with the normal kids anymore, because the next day I had to switch classes.

I was moved into the enhanced program and from then on I would learn exclusively with the other “smart” kids.

That was the worst day of my life.

Because that day I made a mistake which, while I didn’t realize it at the time, would haunt me for the next twenty-five years of my life.

From that day I did worse in school that I ever had before. I had gotten it into my head that I was better than “regular” people and I didn’t need to work hard to get ahead.

I turned the lady who tested me and discovered my “greatness” into a metaphor for life: that being “great” earns you an automatic seat at the VIP table.

Pretty dumb for a smart kid, I know, but that’s how my eight-year-old brain worked.

The older I got, the more this belief was engrained in my psyche and the more confused and disillusioned I became with life.

Nobody ever taught me how to ask for help, they taught me that greatness gets “discovered”. I was hardly Justin Bieber, but still, I waited for someone to come along and fan my tiny spark into a flame.

Finally, many years later, I read Nathaniel Brandon’s book, The Six Pillars of Self-Esteem where he says,

“No one is coming to save you”.

Yup. Four hours into a twelve-hour drive and it finally clicks that you’re driving in the wrong direction…

Then, one day a student of his asked, “But Professor Brandon, you came!”

And Nathaniel Brandon replied, “Yes. And I came to tell you that no one is coming”.

“You are the hero of your story.”

Making the mistake of waiting for someone to come along and save you means that you miss out on everything that could be possible if you would take responsibility for your own life.

Everything becomes possible in your life, when you take responsibility for everything that happens.

You are the hero in this story and nobody is coming to save you. @davidbederman
(Click to Tweet!)

Idea #2: Give yourself permission

Another problem I had for many years was that I didn’t believe in myself. I only knew I was great because other people told me so.

A lady told me I was smart and she gave me permission to move to a different class.

Young girls (and even their mothers) would approach me on the street and in shopping malls, and ask to touch my long curly hair, so I believed I was unique.

When someone would fall in love with me, it gave me permission to believe I was lovable.

And without permission from others, I was lost, self-conscious and powerless.

Because fulfillment in life never comes through seeking validation from others. Even though getting validation does feel great, there never seems to be enough of it around when need it the most.

It comes through giving yourself permission to be great.

Bill Gates and Paul Allen never asked permission to take over personal computing; they gave it to themselves, broke all the rules and created massive success because of it.

Steve Jobs never asked for permission to redefine the way we look at technology; he gave it to himself and created one of the most successful companies the world has ever seen.

So when I coach people who want to start their own business or want to find a job that really inspires them, this is the first lesson I give them.

To give yourself permission means to believe in your own ability to do, or to become whatever it is you want to become in life.

It means that you believe in your own power as a human being and that you’re not searching for someone to agree with you!

Turning to others for information on how to do something is powerful, but looking for their confirmation that you’re worthy of doing it is not.

If you don’t know how to give yourself permission in life, you’ll never be able to follow your dreams; and here’s why that’s a problem:

Years ago, I wandered into the Old City of Jerusalem wearing a backpack full of SCUBA equipment.

I had just returned from teaching diving in the Red Sea and I was searching for answers to questions like “Who am I?” and “Why am I here?”

One of the greatest answers I ever received in that city is that you are a soul.

You – your soul – has a purpose; a mission in the world.

You are here to do something nobody else can do (and maybe my mission in the world is to tell you this right now!).

Feeling fulfilled in life, I believe, means tapping into the one thing you love doing, the thing you are better at than anyone else you know and doing that thing in the world.

But here’s the problem.

Have you ever awakened from a dream in the middle of the night? Everything makes perfect sense to you – the dream still feels so powerful and real!

Yet, when you turn to your husband, or you call your best friend the next day to explain the power of your vision, “There was a giant tree, its leaves were like spaghetti. The spaghetti nourished the children of the forest and we were all flying because, in the forest ….”

It makes no sense!!

The more you try to describe your dream to another, the more you realize it’s impossible to explain.

That’s what a dream is…

It’s a powerful vision – a coded message – meant exclusively for you and completely unintelligible to everybody else!

Fulfillment in life comes through connecting with your unique mission – your soul’s purpose. It means doing that thing that lights you up with so much joy that your passion becomes contagious.

Nobody else with “get” it. They won’t share your passion. They won’t champion you forward and encourage you to believe in yourself.

In fact, chances are, the more you try and “share” your vision with people to win their approval, the more they’ll tell you that you’re crazy and to “just go get a job!” (That’s what they said to me.)

The only person who needs to understand your dream is you.

Yet, so many people try and ignore their dreams, because, let’s face it, following your dreams can be scary. Most of us haven’t learned how to believe in our own power to realize them!

We wait quietly for someone to come along and to see the potential burning inside of us.

We share our secret passion with family or friends, in hopes that they will validate us, tell us we can’t fail and to give us permission to follow through with it.

But it never happens.

So we play small. We keep our secret dream of who we’d really love to become out of sight, buried way down deep inside of us.

Then at some point, maybe years down the road, that feeling of being unfulfilled starts creeping in.

We start realizing that we’re capable of doing more in the world and of inspiring others with our work.

I call that pain spiritual constipation; it’s what happens when you live your life disconnected from your dreams, your purpose and from what you’re truly capable of.

True fulfillment in life comes from sharing your unique gifts with the world. For me, that gift is coaching – helping others to achieve greatness – it’s what I’m best at and most passionate about doing.

But I only realized that after I discovered that nobody was coming to save me, after I had learned to give myself permission, and after I believed in my dream that I could help people, that I could become great at doing it, and that sharing my story could make a difference in the world.

But I almost missed the chance…

So what about you? Where do you feel you could be making the biggest impact? Share your story in the comments below.

David Bederman is a coach who helps creative men and women find fulfillment, create more confidence and more success in their lives and businesses. He’s the author of the book, The Secret Sauce of Success and he brings a unique blend of life-wisdom, a deep understanding of human achievement and a grounding in ancient, spiritual wisdom to his work. In a past life, David struggled with drug abuse and near suicide, lived on a sailboat, traveled the world as a SCUBA instructor and trained with a master Kabbalist in the Old City of Jerusalem. He publishes weekly insights for empowered living on his blog and lives with his wife and four children in the Israeli countryside. You can connect with David directly via his website and subscribe to his weekly newsletter here.