Dear Anonymous, I Love You 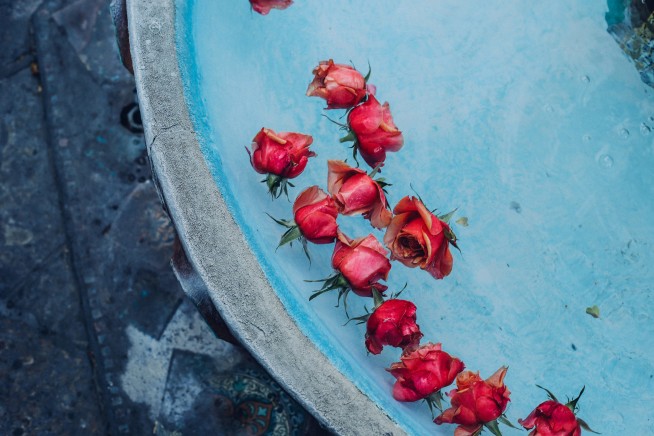 In August 2013 Robbi Behr of Chestertown, Maryland, discovered a small, beautiful bouquet of flowers on her doorstep. The attached card, which was addressed to Robbi and her husband Matthew read, “A small gift to brighten your day.”

The card was signed by Chester York. However, neither Robbi nor Matthew knew anyone named Chester York. They were both so delighted by the gift and intrigued by their mysterious benefactor that they sought him out.

As they investigated further, they were shocked to discover that they were not the only ones who received such a gift. Matthew and Robbi tracked down Cille Cumings, the proprietress of Dutch Blooms, who created the floral arrangement in order to find out more. “Who is Chester York? I wish I knew,” Cille explained to another person who received a similar delivery. She explained that Chester York is a man who came to her shop, gave her a list of people who were to receive flowers and a cashier’s check bearing the name “Chester York”. As far as anyone can tell, there is no “Chester York”, instead it is a pseudonym used by someone who wanted to create goodwill and excitement among the citizens of their town.

“We were blown away by the idea that someone had been so selfless as to send us something without taking credit for it,” Matthew said. He and Robbi were happy to receive the flowers but were even more grateful that Chester York chose to remain anonymous: “As we walked around the small town in which we live, we had the feeling that anyone could have been Chester York.” This gesture of benevolence had expanded far beyond the original gift of flowers: the gesture itself was the point.

Unfortunately, the idea of doing good for the sake of doing good has become rare in our culture. And yet this form of emotional philanthropy should be the very essence of humanity.

As a clinical psychologist, I have come to find that giving is central to well being. This is further supported by the research literature. A recent paper from Harvard Business School, which reviewed the academic research on charitable giving demonstrated that when people give to others, the reward centers of the brain become activated. In other words:

I hope you will take a moment to consider the anonymous deeds of Chester York. Whether or not you plan to send flowers or chocolates to a loved one to mark a special occasion or just simply to show your love and support, maybe you can also distribute some anonymous love around. Apparently, just like all love, anonymous love spreads far and wide.

What forms of kindness have you experienced in your life? Share them in the comments below.

Dr. Ben Michaelis is a clinical psychologist in full-time private practice in Manhattan. Dr. Michaelis writes and speaks regularly about mental health, creativity, spirituality and motivation. Dr. Michaelis is the author of Your Next Big Thing: 10 Small Steps to Get Moving And Get Happy. You can get the 1st chapter of his book by signing up here . You can follow dr. Michaelis on Twitter.