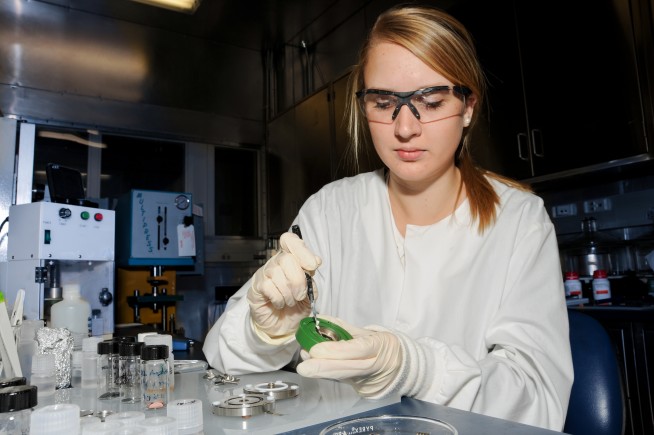 I recently had a wonderful conversation with my friend, Beck Tench. During our chat, Beck told me about an interesting shift in thinking that occurred while she worked at a science museum.

During her time there, Beck said that she learned how to treat failure like a scientist.

How does a scientist treat failure? And what can we learn from their approach?

Here’s what Beck taught me…

When a scientist runs an experiment, there are all sorts of results that could happen. Some results are positive and some are negative, but all of them are data points. Each result is a piece of data that can ultimately lead to an answer.

And that’s exactly how a scientist treats failure: as another data point.

This is much different than how society often talks about failure. For most of us, failure feels like an indication of who we are as a person.

But for the scientist, a negative result is not an indication that they are a bad scientist. In fact, it’s quite the opposite. Proving a hypothesis wrong is often just as useful as proving it right because you learned something along the way.

Your failures are simply data points that can help lead you to the right answer.
@james_clear (Click to Tweet!)

Failure is the Cost You Pay to be Right

None of this is to say that you should seek to make mistakes or that failing is fun. Obviously, you’ll try to do things the right way. And failing on something that is important to you is never fun.

If you’re focused on building a new habit or learning a new skill or mastering a craft of any type, then you’re basically experimenting in one way or another. And if you run enough experiments, then sometimes you’re going to get a negative result.

It happens to every scientist and it will happen to you and me as well. To paraphrase Seth Godin: Failure is simply a cost you have to pay on the way to being right.

Treat failure like a scientist. Your failures are not you. Your successes are not you. They are simply data points that help guide the next experiment.