The Flight of the Fierce Female 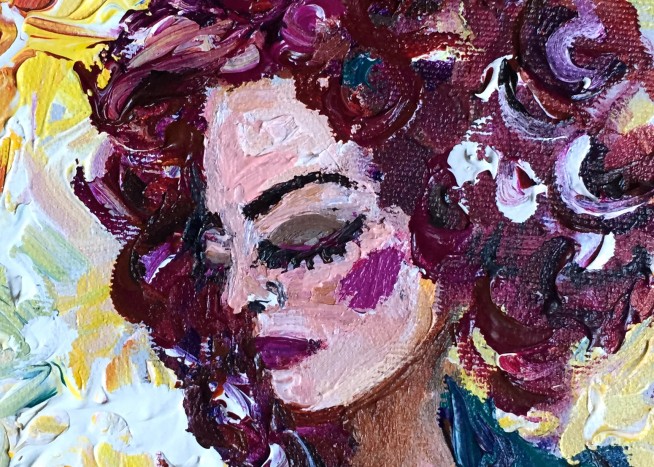 I’ve been asked numerous times why my Fierce Female Mantras are for women as opposed to both sexes. It’s a valid question.

For many years I felt that I was supposed to play down the stronger parts of my personality. I believed that drive and determination were, amongst others, more masculine traits and I didn’t know how to balance those characteristics with the rest of my more introvert make up.

I didn’t know how to process my fierceness.

Gender is a very topical issue. We’re being confronted with changes that make us question what we’ve been conditioned to believe. The stereotypes are being torn apart and the way of a new world is being paved. Acceptance and tolerance are key in creating a new space where each individual can live to their full extent without fear of restriction or ridicule.

I believe in this change and the necessity of it. I, too, have been forced to re-examine my own beliefs and the knowledge that just because gender roles have been established in one era, it may not mean that they must be carried through to the next.

So, why do I specify females?

Because, there are still divisions between the sexes that reinforce the fallacy that women are somehow less. Wage equality remains an issue. Female foeticide still happens. Genital mutilation continues to be a horrific experience for far too many young girls. Women, and girls, are regularly and repeatedly subjected to sexist comments and catcalls in the street.

There remains an expectation, still, that women must stay submissive. Meek. Small.

I want to see lies like that buried. I want to dance on that same soil and laugh.

Because we are so much more than that.

We are allowed to celebrate our gender.

We are allowed to seek out our roar.

In the bare skin in which we were born.

None of us can be the spokesperson for every individual. None of us can know the plight of all people. We are many and varied. We can only speak from the experiences from which we have been part of or borne witness to.

My personal experiences have brought me to a place where I feel, finally, that I have found a way to embrace all my quirks and colours without the need to seek approval. Diving into my own power has been terrifying but liberating. And through my own liberation, I’ve been able to turn to other women and tell them they can join me. I’m creating support within a sisterhood that doesn’t even notice glass ceilings because we fly way higher than that. Rooftops are specks in the sky beneath us.

I can specify females because I am one. Because I know the journey and I’ve felt the pain. Because I’ve found the beauty and I’ve seen the glory. And because every part of the energy within me screams woman.

Being a fierce female doesn’t equate to being aggressive.

It does however equate to being a beautiful badass.

A fierce female knows her mighty worth, even on the days that she feels vulnerable. She walks with her head high and she wears her hair any which way she pleases. She dresses in the clothes that suit her style and her swagger and she pays no mind to media machines that tell her she can’t mix this with that.

A fierce female is a lioness and a lover all at once, for she is able to draw on all of the energies that reside within her, regardless of how society names them. She strips off the layers of conditioning and she feels the power of living her truth rather than the lies served to her on a platter that really doesn’t tempt her tastebuds.

A fierce female is real and raw. Empowered. Unashamed. She does not hide her flaws, she simply takes them and makes them part of her picture.

A fierce female shines her light without fear of being too bright for the sensitive eyes of others. She speaks her truth and she tastes the flavour of a freedom which is the gift she bestows upon herself.

She is not confined by her gender but nor is she afraid to celebrate it.

There is a place for all of us. There is room for each unique heart. There is a space for every soul. And there is a sky that honours the mighty flight of the fierce female.

Skylar Liberty Rose is a writer, blogger and creator of the Fierce Female Mantras and #15SecondMantra Series. Her articles and poetry have received wide acclaim and have been instrumental in her continuing journey to self acceptance. She believes in creativity as a form of healing and is passionate about manifesting her dreams. Skylar is an advocate of stripping away layers of conditioning and instead discovering the unique truth within. She is inspired by souls with spirit and courageous hearts. She grew up in London and now lives in New York City with her husband. You can follow her on Twitter, FB, IG and her blog.

If you’d like a shot of fierce in your life or you know a sister that does, take a look at Skylar’s unique range of Fierce Female merchandise here. Get your roar on!