The One Invaluable Lesson You Should Teach Your Kids This Summer 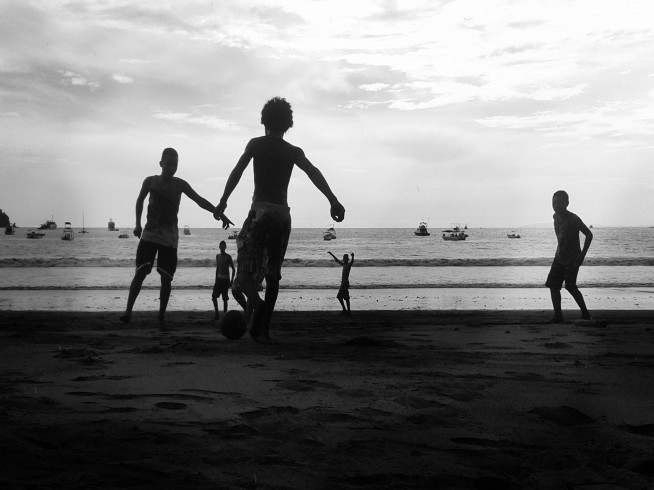 Wow, can you believe we’re halfway through the year?

If you’re a parent with school-aged kids, this means they’re home for the holidays. What are you going to do with them this summer?

I have an idea – why not teach them one of the most important lessons they’ll ever learn:

HOW TO TAKE 100% RESPONSIBILITY FOR THEIR LIFE!

If you’ve been following me for a while, you know that I’m a huge advocate for taking 100% responsibility for everything that happens in your life. It’s the first thing I teach people in my book, The Success Principles: How to Get from Where You Are to Where You Want to Be, and it’s the single most important lesson to learn if you want to live a successful, personally fulfilling life.

And the good news is, you can learn it at any age.

It doesn’t matter how old your kids are – whether they’re still in diapers or attending university – they’re never too young to start learning that THEY have control over what happens in their life, and that they have the power to create whatever kind of experience they want.

What does it mean to take 100% responsibility?

Taking 100% responsibility for your life means acknowledging that YOU create everything that happens to you.

Your children must understand that THEY are the reason they are feeling happy or sad, cowardly or brave, strong or weak, lonely or comforted, like a high achiever or low achiever.

THEY are they only ones who control their destiny and have the power to create the future they want. And the only way they can do this is to give up whining and blaming and complaining and take total responsibility for everything that happens in their life.

The one equation your kids should know (even if they really hate math).

The power of taking 100% responsibility can be summed up in this simple equation:

In other words, every outcome you experience in life is the result of how you responded to an earlier event or events.

For example, maybe your kids are tired and grumpy and not having any fun because they didn’t listen to you and go to bed at a decent time.

Maybe your son fell off his skateboard and scraped his knee because he didn’t put on his kneepads like you asked.

Or maybe your daughter doesn’t have enough money to buy the video game she wants because she didn’t do her chores.

Whatever pain or unhappiness they’re feeling isn’t because they live in a cruel or hurtful world, but because their response to a certain event has led to the outcome they’re now dealing with.

RESPONSE: They decided to stay up late

RESULT: They’re tired, grumpy, and not having fun

RESPONSE: She ignores her responsibilities

OUTCOME: No new game for her!

Would these kids have achieved a different outcome if they had responded to the event in a different way? Absolutely!

So if your children don’t like the outcomes they’re getting in their lives – whether it’s in the classroom, in sports, in their relationships with their siblings or friends – there are two basic choices they can make:

Your children need to know that they have control over only three things in their life—the thoughts they think, the images they visualize, and the actions they take. How they use these three things determines everything they experience.

How do you teach them this invaluable lesson?

If you’re a parent, you know how effective it is to constantly be nagging your kids. (Hint: not at all.)

So how do you teach them to take 100% responsibility – in a way that gets them to listen?

Simple: with love and compassion and a whole lot of patience.

Not by lecturing them or focusing on what they did wrong, but encouraging them to evaluate the situation for themselves and consider what they might have done to get a more favorable outcome.

Here are a couple scenarios to illustrate what I mean:

Your youngest son comes into the room, crying. “Michael hit me!”

Instead of yelling for your older son to come into the room, you calmly say: “Why did he hit you?”

“Really? He just hit you out of the blue? You did nothing at all to make him angry?”

He shuffles his feet. “We-ell, I was playing with his water gun.”

“Did he tell you not to play with his water gun?”

“No, he didn’t, and I’m going to talk to him about that. But you need to recognize the role that YOUR actions played in this situation. Why were you playing with his water gun when he told you not to?”

“Was it worth getting hit?”

“So the next time your brother asks you not to do something, are you going listen to him?”

“All right, lesson learned. Remember, when you keep on doing something that someone has asked you not to do, people are going to get angry. And angry people sometimes lash out by yelling or hitting. Now come over here so I can give you a hug.”

Your older son walks into the room.

“I hear you hit your brother,” you say.

“It was hard enough to make him cry.”

“Well, he shouldn’t have taken my water gun! I told him not to do it – but he never listens!”

“I know, and I’ve talked to him about that. But right now I’m talking to you and the fact that you lost your temper and actually HIT him. Do you think that was the right thing to do?”

“What would have been a better way to handle it?”

He thinks for a moment. “I could have just told him to give it to me. And if he didn’t listen, I could have come and got you to tell him.”

You nod. “Yep, those are better ideas. So what can you do right now that will help you to remember not to lose your temper in the future? After all, you did hit him hard enough to make him cry. If you had an older brother who did that to you, how would that make you feel?”

“Not very good,” he admits. “Maybe I could tell him I was sorry and read him a book to make up for it.”

He walks out of the room to find his little brother.

“Really? Because you look unhappy about something.”

She doesn’t say anything for a moment, then bursts out: “Winnie Taylor told everyone not to hang out with me anymore because she thinks I kissed Aidan Smith. But I didn’t! I was just talking to him because he’s a friend. And even if I did kiss him, who cares? Winnie and him broke up last month!”

Hoo boy, you think. “So what are you going to do?”

She shrugs miserably. “I don’t know.”

“Well – what outcome do you want? Remember, you’re the only one who’s responsible for what you experience in life.”

She sighs. “I just want everything to go back to normal. I want everyone to stop talking about me and acting stupid.”

You nod. “So what can YOU do to make that happen? The only things you have control over are the thoughts you think, the images you visualize, and the actions you take.”

She thinks for a moment. “I guess I could change my thoughts by telling myself not to worry about it too much. Maybe if I treat it as no big deal, it won’t become a big deal. Winnie does this kind of stuff all the time. Last month she told everyone to stop hanging out with Simone – and that blew over in a couple of weeks.”

“That’s a good idea,” you agree. “So what could you visualize?”

“Me having fun with my friends,” she says, brightening. “Especially Amber and Leah. They’re my best friends, anyway – and they know Winnie is full of it. Who cares what anyone else thinks?”

“Good point! So what action can you take?”

“I’m going to text Amber and Leah and see if they want to hang out tomorrow. And I’ll just ignore everyone who’s acting weird. It’s their problem, not mine. And if anyone asks me about Aidan, I’ll laugh it off and say we’re just friends. It IS the truth, after all.”

She gives you a hug then runs upstairs to text her friends.

Learning how to take 100% responsibility for your life is difficult for most ADULTS to do. So don’t expect your kids to become experts at it overnight!

Be patient as you teach them this invaluable life lesson – and with every conflict, crisis, or opportunity that comes their way – encourage them to remember the E+R=O formula and apply it to the situation in a way that will ensure they get the best possible outcome.

It takes time for this way of approaching life to become second nature – which is why the sooner you encourage your kids to start thinking this way, the better. If you’re persistent, they WILL pick it up – and you will have helped them master a powerful lesson that will place them firmly on the path to creating a successful, fulfilling life for themselves.

If you have any ideas on how to teach the 100% Responsibility principle to kids, please share them below! I think all of us parents have to work together to create future generations that will make the world a better place.

As the beloved originator of the Chicken Soup for the Soul® series, Jack Canfield fostered the emergence of inspirational anthologies as a genre—and watched it grow to a billion dollar market. As the driving force behind the development and delivery of over 100 million books sold through the Chicken Soup for the Soul® franchise, Jack Canfield is uniquely qualified to talk about success. Jack is America’s #1 Success Coach and wrote the life-changing book The Success Principles: How to Get From Where You Are to Where You Want to Be and speaks around the world on this subject. Follow Jack at www.jackcanfield.com and sign up for his free resources today!