The Ultimate Guide to Finding a Mentor 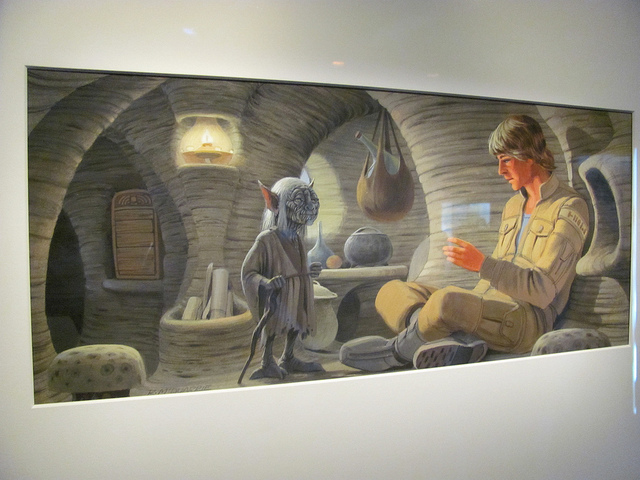 After my dad went into a permanent coma I had to take his car back to the dealership and hand them the keys. They wanted to know what happened and I couldn’t talk. I couldn’t sign papers. I was shaking.

I held out the keys and they took them. I walked out. My dad was my first mentor.

After, I was waiting on the curb of the highway for a car to pick me up. I got a message, “Come to dinner.”

So of course I dropped all my plans and went. It was from someone who was mentoring me.

Much later that night I had too much to drink. At my instigation, the mentor’s daughter (who I had a crush on), now a well-known movie producer, screamed at the mentor’s mistress (“Money hungry slut!”) and then walked out of The Four Seasons restaurant.

I’ve had about eight-nine mentors in my life. I’ve had many many more virtual mentors. And it’s an ongoing process. I try to learn from everyone. I constantly try to find people I respect who can teach me what they do. Right now I have mentors ranging in age from twenty to eighty.

I also get better at the quality of people who mentor me. No more mistresses, for instance. But this was a learning process.

Learning never stops. Many people die at twenty-five, but are not put in the coffin until seventy-five. The learning stopped for them early.

Every day I seek out mentors: people who have great experience to help me, particularly in areas I am new to, excited about, and know nothing about.

Here are the only ways I’ve ever been able to find a mentor. I hope they work for you as well.

I do heavy research on their bios, their histories, everything. One time I even read an academic paper written in 1965 by one person who I wanted to mentor me and I sent him my comments on it.

This may seem overly coordinated or manipulative. But this is the real world and not the land of legend where magical caddies help golf pros deal with a spiritual crisis in the middle of the most important tournament of their lives.

I send ideas how they can improve their businesses. I still do this every day. I just did it about twenty minutes ago with a business I want to learn more about.

But this involves even more work and research. For me at least, I have to put in a lot of time before someone wants to spend time with me.

The ideas have to be so good that I feel they have never thought of them before. I write, let it sit, rewrite, let other people look at them sometimes, and finally send.

Some people are simply too busy and will never be a mentor. They already have their mentees. Or they just don’t want to. That’s fine.

But, that said, I have a technique here which is to provide updates every three-four months. This has worked for me in about two-three cases where they have eventually gotten back in touch. One of those cases resulted in the sale of a company I started.

Also, quantity is important because there is never just one thing you have been placed on this Earth to do. Life is a buffet and not a fixed-price meal. At least for me, I like to sample.

Even if they like your ideas and they send a note back and are friendly, then there is still work to do.

I might fly out (even to another country where they might be) and then tell them, “I’m in the neighborhood, happy to discuss the ideas more.”

I make myself available for whenever they are available because, by definition, they are less available than I am.

I am NEVER available 99.9% of the time. I am ALWAYS available for people who I look up to as mentors. And I expect that of them.

There’s never just one mentor who will teach you “the ropes.” I’ve always been on the lookout for more than one, usually at the same time.

It’s also not a love relationship. I definitely am willing to “trade up” when I have a mentor.

If he or she is a good mentor, then this is something they would want for me. Many mentors fail in this respect. One of my first realizations was that mentors are never as perfect as I initially thought they were.

Believe it or not, sometimes it’s just as good (often better) to read all of their materials rather than be directly mentored.

Some people are very smart and you can get a lot of value from them, but they are very draining when they are in person. I don’t know why this is. Some people suck all of the air out of a room and they don’t realize it about themselves.

One mentor I was over the moon about, but I found whenever I was around him personally I would end up feeling bad about myself.

Make sure you choose the right one that doesn’t drain you.

But all of these methods of receiving the message of mentorship are equally viable depending on the mentor and what you want from them.

It’s not just ideas. Sometimes I’ve wanted someone to mentor me (or notice me) and they aren’t interested in ideas. So I will drive business their way, or introduce them to people who can provide value for them, etc.

This might be every three or four months. Just seeds that keep being planted.

But it shows that I’m the type of person who can deliver, even if it’s just the first review on their latest book. Something little every three or four months. This has helped me considerably (another company sold, for instance, after seven years of doing this without expectation).

This is your only chance. And your mentor has plenty of people around him. Over-deliver on everything. Look for every opportunity to over-deliver.

To this day, I have many mentors that I turn to for their areas of expertise even if it’s not a main area of exploration in my life.

It’s ok for someone to be a mentor for a day. Napoleon Hill interviewed Andrew Carnegie for one day and after that considered Carnegie a mentor for life. The mentor that ultimately influenced one of the top-selling books of the past 100 years: “Think and Grow Rich.”

The best mentorships I’ve had have taken a lot of time to cement.

Why do they hate me? A poor mentor can’t handle when the student goes sideways or higher. A good mentor will, with his last breath, push you to the top of the mountain, even at their own personal risk.

Most mentors lean towards “poor” in this regard, but a few are in the middle and “good” is rare. At some point you will be a mentor. Please, please, listen to me and be a good mentor.

Your legacy is not what you do. It’s what the people you teach do. @jaltucher
(Click to Tweet!)

Which leads me to…

I’m very grateful that in the past twenty years I’ve had many opportunities to be a mentor. It hasn’t always been me on the floor crying. Sometimes I’ve done well and have been able to share.

When I’m the mentor: someone provides immense value for me, I show how the value could’ve been done better, and that cycle continues until they either surpass me (happens a lot which is always my hope for the mentee), or they stop delivering value, or never fully delivered value in the first place and it took me awhile to realize.

The benefit they get is my comments on how they can provide more value to people and that might include introductions, advising their companies, suggestions, hiring, etc.

If they stop providing value, that’s ok also. People’s lives go in different directions and only sometimes we intersect.

But I’m patient and many people come back, often years later and in much different capacity. This is happening to me now in at least two situations that are very important to me.

I always want people to succeed past me. What I usually say is, “When you later see me lying in a puddle of my urine in the gutter with a needle coming out of my eyeball, please pull me out so I don’t get wet.”

They laugh. “That will never happen.” But deep down, I’m afraid it’s true.