How to Unlock Your FULL Power: Understanding the Toaster Paradox 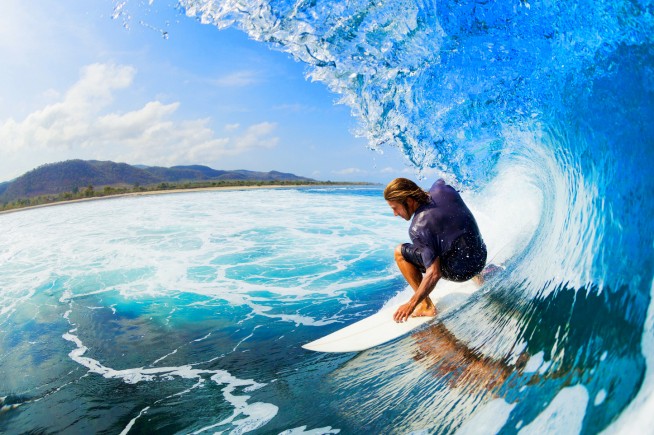 The other day a new client of mine told me that she feels infinitely more powerful than she’s able to express.

“I know there’s a lion inside of me, but I feel like I’m showing up to life like a kitten.”

And what’s crazy is, almost everywhere I go today, I hear people saying almost exactly the same thing. It’s like this is the anthem of our times:

You feel like a giant inside, but only a fraction of your potential is getting expressed.

Sound familiar? Tell me about it!

I call this The Toaster Paradox:

Deep inside, a toaster knows it was created to make toast. That truth is encoded in its wires and baked into its DNA. Making toast is at the very core of who the toaster is, and every fiber of its being knows it.

But something’s wrong. The toaster feels that something essential is missing. No matter what kind of bread gets inserted, everything keeps coming out luke-warm, way too soft and nothing close…to toast.

See, even though the toaster knows it was born to make toast, unless it’s plugged into the right power outlet, it won’t ever be able to access that potential.

A confused toaster might try to plug into a phone jack or the network jack on the back of an internet router, but unless it finds the raw power of the electrical socket, all its efforts to toast will be in vain.

The same is true with you; if you’ve been plugging into the wrong energy, there’s no way to let your true power shine.

How we get it wrong

Imagine if you taught a child that red meant go! and green meant stop! What would happen?

Every time she would wait patiently at the green light to cross the street, people would stare at her and give her funny looks. Then, whenever the light would turn red and she would start to cross, cars would jam on their brakes, honk and scream and frighten this kid to death.

Now, aside from the obvious danger that would pose, this poor child would wind up feeling very confused and frustrated later on in life and would likely feel very afraid to make any moves at all.

Well, the same thing happens to you when you’re connected to the wrong power source in life; you end up feeling frustrated and with the bulk of your potential locked up inside you.

The source of this kind of confusion in the real world lies in the fact that society has taught us to aspire towards something wonderful, called “success”.

Success, as we’re told, is what makes dreams come true, makes “happy lives” possible and is the cherished prize of hard work and dedication.

But we also learn about one dangerous predator to success and we end up spending a good portion of our lives trying desperately to avoid it….that ghastly beast know as failure!

Yet the result of trying to “avoid” failure is that you never learn how to express your true genius in the world; you become too focused on avoiding failure to succeed.

And this is where the confusion starts because there is no such thing as success.

Success is a lie

Success is a lie; it doesn’t exist!

Take your first big success as an example – walking. Well actually, it never happened. You never learned to walk.

Why do I say that? Because walking doesn’t exist. It’s also a lie, just like success.

So now, purge those two misleading concepts from your mind and then have a look at the next person you see who is traveling by foot.

Since you’ve erased the concept of walking from your mind, part of you may now be struggling to define this familiar type of “foot motion”.

Well, have a good look at that person out your window who is foot-traveling and notice exactly what it is they are doing.

Watch as they pick up one foot from behind and bring it all the way forward. Notice as their body weight moves gently forward as that foot neatly touches down on the pavement out in front.

So what are they doing exactly?

There! It just happened again!! Did you catch it?

Inside that subtle motion lies the secret to shining your full potential and letting your inner lion roar out into the world.

Not sure what I mean? Read on.

If I ran the world, I’d remove the word success from the English language and replace it with a new word: gracefulfailure.

A gracefulfailure is the exciting result of stringing together a beautiful set of failures.

For example, look at Walk Disney and his gracefulfailure, Disney World. Walt was turned down over 400 times for loans to start his dream project. He failed, gracefully, over and over again, until someone finally said yes.

And what created the result Walk Disney was looking for was his commitment to failing gracefully – learning and improve upon what didn’t work, until it did.

So now, have a look again at the idea of “walking”. In reality, it’s nothing more than just gracefully falling from one foot to another, over and over again. An effortless collection of beautiful failures woven together by gravity.

At the start, when you were just learning to walk, it probably wasn’t so graceful. But because you had never learned about this imaginary idea called “success”, you were never afraid of failing or falling, so you tried again….and again…and again.

And slowly, you learned to fall, gracefully, from one foot to another.

And therein lies the key to bringing out the lion inside you, to unleashing all of that bound-up potential you have and roaring it like a lion out into the world.

You need to unlearn all of the confusion you were taught that’s kept you frozen from acting on the world until today.

The “successful” people you hear about in the world are really just gracefulfailures – they’ve brought their full weight to the front, fallen flat on their faces many times over, and tried it again and again and again, constantly improving on their idea until they started getting better results.

But the solution here lies in the action – in learning to enjoy the process of falling into failure – in jumping, and learning from the free fall all the way down.

Falling in love with failing and learning to do it gracefully may well be the most powerful energy you ever learn to “plug into” in life, because the result is getting to be fully yourself, at every movement and having the power to give life everything you’ve got.

And if you learn how to plug into it, you can literally do anything you want.

Have you ever learned through failing? Share your story in the comments below.

David Bederman is a coach who helps creative men and women find fulfillment, create more confidence and more success in their lives and businesses. He’s the author of the book, The Secret Sauce of Success and he brings a unique blend of life-wisdom, a deep understanding of human achievement and a grounding in ancient, spiritual wisdom to his work. In his previous life, David struggled with drug abuse and near suicide, traveled the world as a SCUBA instructor and trained with a master Kabbalist in the Old City of Jerusalem. Today, he lives with his wife and four children in the Israeli countryside. You can connect with David via his website and subscribe to his weekly newsletter here.