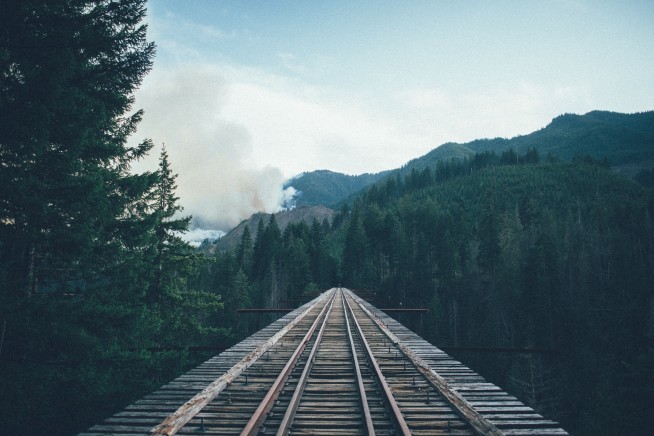 In my late twenties I was going through my first divorce while raising my two small children and running the regional concert promotions company I owned with a partner. I had a lot on my plate (too much) and I began having panic attacks. The first one hit me one day while I was driving. An odd feeling in my stomach, a hot flash, dizziness. The kind of thing that gets your attention. A “hmmm, what’s that?” kinda thing. And then BAM! The panic came rushing in with torrential sweat, an obsessive desire to get out, and a tightening of my chest … I assumed I was having a heart attack, which only heightened my sense of desperation.

The episode was soon diagnosed as a panic attack. It turns out that a life spinning out of control isn’t exactly compatible with a young man desperately trying to hold it all together. I get that now. But at the time ….

The attacks became more frequent. They were now part of my life. Though my body felt as if I was dying in the midst of the panic, my intellect knew better — I wasn’t dying, I was panicking. When an attack would occur, I’d lie down on the floor, gut through the fear, and wait for it to subside. I learned to cope. Which is what we do when we don’t know a better way.

The other day I was walking in the woods with my wife and son. We came across an elevated train track. As Christy and Kevin began to walk across the planks, I froze. I looked down at the tracks and through the gaps I saw the river slowly winding far below. I panicked, convinced that another step would result in certain death. I say “I panicked” but it would be better stated as “a part of me panicked.” Another part of me looked at the planks, saw there were only a few inches between each one, and realized it was perfectly safe and entirely impossible for me to fall. For a moment this tug of war between my intellect and my visceral sensations paralyzed me. I stood there unable to move. I looked up and my wife and son were staring at me. “Come on, Dad,” my son said. “What’s wrong?”

“I’m kinda scared,” I said, embarrassed. “I think I might need to look for another way to cross.”

As I said this, a mountain bike rider rode by, bumping over the tracks. My son gave me a look that said, “Uh … Dad … Did ya see that bike ride by? You’re not gunna fall …” I had seen the bike, I intellectually understood I wasn’t going to fall and yet, deep inside, I was really scared.

My wife came over and gently took my hand. We took a step together and then another. I looked down between the cracks again. The familiar sensation of panic swept in — the hot flash, tight chest, and desire to jump out of my skin. I sat down on the tracks, aware I was at the onset of a panic attack I hadn’t experienced in over a decade.

I remembered a story my teacher, Tsoknyi Rinpoche, had shared in his book Open Heart, Open Mind. He too had suffered from panic attacks as a young man. One day while sightseeing in between teachings, he found himself about to cross a glass bridge that connected two tall buildings. He looked down and experienced the same sense of panic I was experiencing. He froze and began to feel the onset of an attack. This moment was an important learning experience for him. As he stood there fearfully, he looked around and saw that people were safely crossing the bridge all around him, and he recognized his feelings were real … but not true. Real because he could really feel them. Inside, his body chemicals of fear and anxiety were really being released. He was really sweating. His body was really hot. He might have even really fainted. And yet, on another level, the situation wasn’t true. He wasn’t truly going to die when he stepped out onto the glass bridge. He wouldn’t truly fall to his death. In fact it wasn’t true that he was in any danger at all. Still there was a part of him, a little child inside, who was really scared.

He made a decision that day. He decided to walk across that bridge. But more importantly he decided not to simply “gut” his way through it, or ignore the fear, or tell the child inside how stupid and … childish it was. Instead, as he explained it, “I took my fear by the hand and we walked across the bridge together.”

So many of us find ourselves paralyzed on the tracks of life. We know we need to move forward, continue on, and yet we’re scared.

Worried we might get hurt in a new relationship, afraid of losing our jobs, of making a mistake at parenting, or of simply, once again, not feeling loved. We’re struggling with deadly diseases, crippling insecurity, and the overwhelming pressure to perform. We have to cross the bridge, but we’re just not sure we can.

Sometimes we have a caring hand to hold as we walk — as I did that day on the train tracks when my wife and son helped me across. We look up through the fog of fear and we find a friend smiling, holding out their hand. All we have to do is trust, surrender, and lean into friendship and love.

Other times, though, there’s no one in sight. We’re all alone and we have to figure it out. Like my teacher did on the glass bridge, we have to hold our own hand. We have to comfort our own fears. We have to be there for ourselves.

I’ve wondered many times in my own life if that isn’t the meaning of those moments: if overwhelming fear — panic — isn’t actually an invitation from deep inside to trust ourselves. Perhaps woven tightly with insecurity is an opportunity to experience the only true security, that of self-love — and of being there for ourselves.

That’s the gift meditation and mindful living have given me. That day staring down at the river below, holding my wife’s hand while my son encouraged me to walk, I had a toolbox that I lacked earlier in my life. I took a deep breath and then another and another. I brought my attention first to my breath and then to the tender squeeze of my wife’s hand. I became acutely aware that I wasn’t alone. I focused on my son’s smile. I breathed again and … my fear and I crossed those train tracks together. When I was “safely” across I acknowledged and honored that experience. I hugged my family and then (silently) I hugged the little boy inside who, through it all, had walked bravely with me. The panic had turned to love. I think, perhaps, that’s the point.

This week I invite you to walk hand in hand with your fears. Acknowledge that while not true, your inner insecurities are real. Allow yourself to lean on the friends and family who surround you with love. When you find yourself alone — frightened — be there for yourself. Hold your hand and honor the courage it takes to walk through life. We are all in this together — all of us in this human lifetime. As Ram Dass says, “We’re all just walking each other home.”

You’re not alone. All is well. Breathe now and know that you are loved. @Thejasongarner
(Click to Tweet!)