The 1% Rule for Creating All Habits 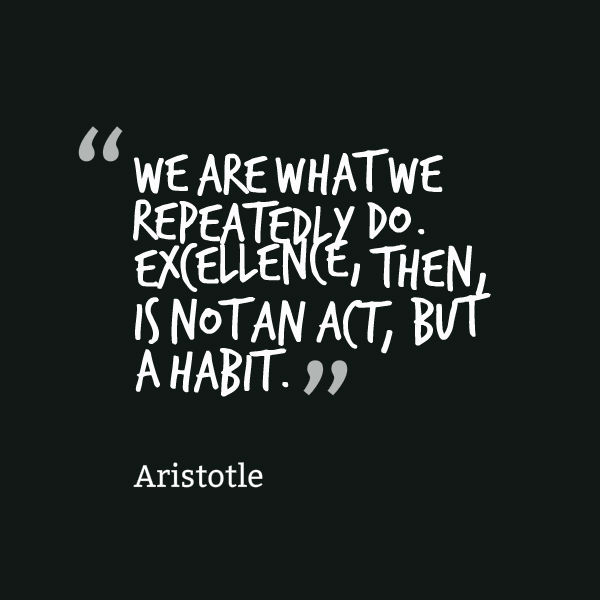 She kept throwing food at me. I was nineteen and bought two tuna bagel sandwiches for myself for breakfast. That was the way I rolled.

We were arguing. She took a sandwich out of my hands and threw it all over the street. Tuna everywhere.

I bet the Old Man and the Sea never knew he was catching tuna so it could lie dead in pieces in the street because of my ex.

Everyone was watching and sort of laughing. I bet everyone was thinking, “He’s the man!”

I think I wanted to die.

Then there was the time in the movie theater. I had a large popcorn. I didn’t want her to touch the popcorn until the movie started.

I’d get very upset if popcorn was started before the movie. So I said to her when she reached for it, “No!”

She took the popcorn out of my hands and threw it all over the theater.

If I could say “Advice to myself at twenty-one” would I avoid her? Of course not. Without her, maybe only now would I be with a woman who threw my food everywhere.

I gradually started improving what my line was in terms of what I could handle in a relationship.

“I don’t want someone who throws my food everywhere”. This became rule #1.

I wish I could go back and tell myself one thing: nothing is going to change for you tomorrow.

Habits don’t change in a day. But 1% a day makes every habit work. Every.

If you want to succeed at anything, you have to give yourself permission to fail twice as much as you thought you would.

If you insist, I need to change RIGHT NOW, then it won’t work. You’ll only get worse.

If you insist the habit changes tomorrow, then the habit will certainly fail.

Coolio, the rapper, wrote lyrics every day for 17 years before having a hit.

Commander Hadfield, the astronaut, improved his skills every day for twenty years before getting into space.

Kurt Vonnegut wrote every day for twenty-five years before he had a major bestseller.

Even Mozart, despite being a prodigy, wrote music for ten years every day before becoming a true master.

Improve a little each day. It compounds. When 1% compounds every day, it doubles every seventy days, not every 100 days. Compounding tiny excellence is what creates big excellence.

You can’t be a master in one day. You have to improve a little every day. @jaltucher
(Click to Tweet!)

If I read five pages a day from non-fiction books, then in a year I will have read 1830 pages of knowledge. And each page I read will build upon the pages I’ve read before.

If I write 1000 words a day, then in one day that’s nothing. In one year that’s the equivalent of six-eight novels.

Such an easy choice. It seems trivial. 1% up or 1% down. But it sneaks up. And then we’re old and lonely.

Because I couldn’t see how it was adding up at first. And that became my trademarked technique for losing everything, For losing my mind. For being lonely.

It was the one thing that worked: 1% decrease a day cost me everything. I had to get back to 1% up a day.

The 1% Rule can be applied to everything. If I spend one less minute feeling regret and use that to feel gratitude, how much better for my stress levels will that be in one year’s time.

Every habit can be built using this technique.

Thoughts are in the head. Thinking, “this seems like a good habit” is a start. Reading about it is a second start. But…

Actions are outside of the head or body. Take 1% action per day.

I started writing twenty-three years ago. Every day I read a little. Every day I wrote. I wanted to get better.

I was very bad at the beginning.

I just looked at some fiction I wrote twenty-three years ago. WOW! Very bad.

Every day I wake up and think, how can I be a little better? Just a tiny bit. Because I know it will make me feel good today to practice. And I know it will add up.

After Tracey threw the popcorn at me in the movie theater I thought to myself, “That’s it. I’m over this.”

I went to the popcorn guys. I got another larger popcorn. I sat on the other side of the theater. Betty Blue was the picture. I can remember.

Did I break up with her? No. I was a chicken. We stayed together another two years. I didn’t have the strength to change my life in one day.

But every day I got better. Now I’m happy.

Unless Claudia throws popcorn at me (“wait until the movie starts!) at the movie theater later today. Then I’m back to square one.

Get your copy of “The Rich Employee” for 99 cents here.