How I Tamed My Social Anxiety… Through Sex Therapy 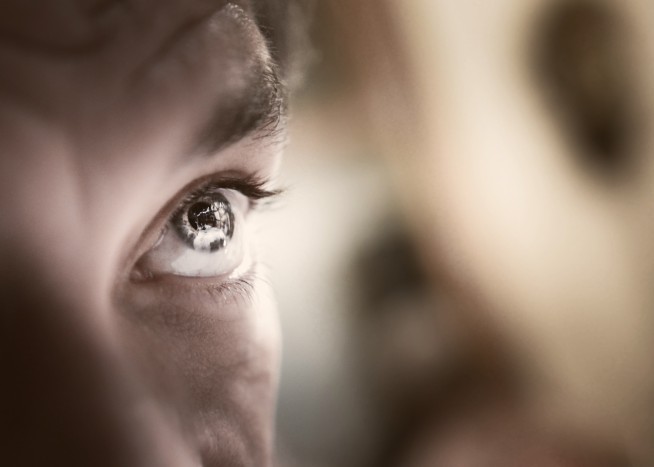 I’ve been seeing a sex doctor for the last few months because I want to last longer in bed.

Yep. So that’s that.

It’s been one of the most transformative experiences of my life and has changed the way I view anxiety and negative emotions in general.

I expected to painfully dig out nasty issues that I’d unknowingly buried but it wasn’t like that. Doc did most of the talking during our six one hour sessions. He dropped his wisdom on me and I listened. We barely even talked about sex.

Doc taught me about how the brain works, how the mind & body are connected and how emotions work. He helped me make some mental changes and I’m happier now as a result.

We covered a whole range of ideas but there’s one exercise that had the biggest positive impact on my anxiety.

Before I met Doc I was pretty much running on anxiety like a fuel. It was so omnipresent that I often didn’t realise it was there.

The anxiety took over my whole body in those situations. My muscles tensed up. The world actually seemed darker because my focus shifted from what I saw with my eyes to what I thought in my head.

We’ve all been there, right? It sucks. It stops us from having fun and living in the moment. What’s worse is we make life decisions based on how comfortable we think we’ll feel in given situations.

Who knows how many great opportunities we’ve missed because we’ve surrendered to our social anxiety.

After doing Doc’s exercise for a couple of weeks I started to notice some changes. The anxiety was still there but it didn’t overwhelm me like a giant snowball anymore. I found that I could actually zoom in on the tiny, individual negative thoughts that formed the snowball.

I could pick up each little negative thought, examine it, decide if it was valid and throw it away if it wasn’t. Most weren’t. Once I could see each thought clearly it was easy to dismantle the snowball.

I found that as I edited the negative thoughts away I became more aware of my surroundings. The world got brighter (yes, visually) and more fun because I got out of my head and focused on what my eyes saw, my ears heard and my body felt.

Anxiety is probably still my most dominant emotion today – the slight stress helps me get things done. But I now have more control over how I react to it. I’ve learned how to feel anxious and feel okay about it at the same time, and that makes a huge difference.

Sometimes when I notice him showing up (Mr. Anxiety that is) he feels like a friend I’ve known for a long time.

It turns out Mr. Anxiety actually has a lot to offer. I’d just never given him the chance.
Pete Zbrojkiewicz (Click to Tweet!)

Who Are You, Mr. Anxiety?

We all have an autonomic nervous system (ANS) that regulates our bodily functions without our conscious input. It has two main divisions: the SNS and the PSNS.

The eighty-nine second clip in the video below explains what they do. Watch it. It’ll make things a little clearer.

And this page gets science-y about it. You probably don’t need to read it unless you really want to.

Like when you congratulate Charlie for getting the highest score on the exam but your tone sounds a little bitter because he beat you, but you’re not sure if he noticed or not. Everyone in the group looks at you. Are they all giving you the evil eye or are you imagining it? Crap! Your heart rate increases and your muscles tense up thanks to your activated SNS.

You notice a shortness of breath, sweating, tingling throughout your body and a bunch of other bodily reactions. You can’t identify the threat in your external environment so you turn inward. Negative thoughts flood into your head and flare up your SNS even more until, voila, you’re in a loop of negativity. That’s Mr. Anxiety.

Why, hello there, Mr. Anxiety

This is when your PSNS is supposed to show up and save the day. It turns off the stress reaction and restores balance once you acknowledge that you’re not actually under attack.

The problem is that when you’ve got 1000s of negative thoughts snowballing together it sure as hell feels like you’re under attack, so your PSNS doesn’t know you’re safe and doesn’t calm you down.

“Shit, I said the wrong thing.”
“Damn it, my voice sounded like I was being sarcastic when I wasn’t.”
“Crap, I bet Charlie thinks I’m a dick now.”
etc. etc. etc.

The exercise below helps you snap yourself out of negative thought loops by activating your PSNS at will.

The Exercise That Tamed My Anxiety

The cool thing about this is that you don’t have to trust me to know it works. I’ll show you how to feel it working right now.

Think back to a negative thought you had today.

Write down how you felt and what you told yourself in your head. Use the present tense as if you’re feeling it now and start your thoughts with “I…”.

Bring back the feelings. Two-three sentences should be enough. This will give your sympathetic nervous system (SNS) something to freak out about just a little.

This will activate your parasympathetic nervous system (PSNS) and you’ll notice your anxiety response calming down. Be curious. See what else you can notice. You might only catch two or three things the first time but you’ll get better at it the more you do it.

Did you feel the difference? By using “My…” language you begin to see your anxiety as something separate from yourself.

Your whole life you’ve probably been telling Mr. Anxiety to f### off, which makes him feel even worse. It’s like telling your friend Sally that she can only talk to you when she feels good. You haven’t been a very good friend to Mr. Anxiety.

Mr. Anxiety’s just trying to look out for me. When I accept him and tell him that it’s okay to feel scared he chills out. This is what I mean when I say I’ve learned how to feel anxious and feel okay at the same time.

If you want to try it out I’d suggest doing this exercise once a day for a while, because doing it regularly is important. You break down your anxiety prison by noticing more negative thoughts and bodily reactions.

You can also do this exercise in the moment you catch yourself having a negative thought instead of recalling it later.

Here’s another entry of mine as an example:

It really doesn’t take long to write fifty to 100 words per day, and it benefits many aspects of your life. I still do it daily.

Do you have any other useful ways of taming your social anxiety?

P.S. I noticed a difference in bed too 😉

Pete Zbrojkiewicz is the creator of BeardStrokings.com – Social Hacks for the Analytical Mind. He writes about being liked, breaking things down and getting what you want. If you enjoyed this article, join his newsletter.