How to Tell Whether You’re Content or Just Being Complacent 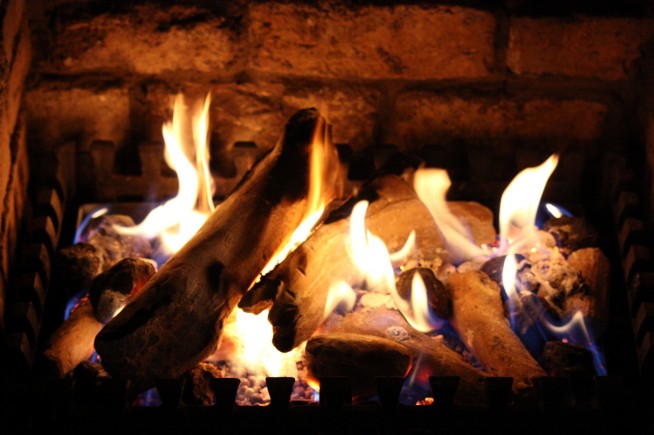 Recently, I met up with an acquaintance. I enjoyed talking with her – she has a great sense of humor, she hosts parties, and her friends tell me she’s always there to help people out.

But she’s been working at the same position within her company for seven years. It’s an entry-level position with job responsibilities that include filing and data entry. Most of her colleagues are recent grads that stay for a year or so before moving onto bigger endeavours.

She doesn’t have any plans to change positions or move to a different company. When I asked her how things were going, she replied that everything was fine. Her job is stable and helps her pay the monthly rent.

Recently, though, she’s had a change in heart. She admitted that she realized how it easy it was for her to stay complacent. She resists change, but also feels that there’s nothing for her to look forward to. She confides that she worries that time has been passing her by.

Are you as happy as you say you are?

It can be surprisingly hard to tell the difference between when you’re happy or just settling with what you have.

There are times when you just know that you’re happy. You get that rush of excitement, a thrill, or your heart beats a million times a minute.

But what about the other end of the spectrum? You know, that mellow and soothing feeling. The feeling that everything is in its place and you can just sit back and relax.

How do you know that your life is in order, versus simply convincing yourself that everything is okay?

It’s hard to say for sure, but I believe there are tell-tale signs. Signs that, if you look closely enough, are indicators that it’s time for a change.

For instance, observe the way you communicate with yourself. Self-talk is a method we commonly use to debrief ourselves after a difficult situation, to get us through obstacles, or to evaluate how we feel. It can also be used to console ourselves when things aren’t right.

When you feel content, you use phrases such as:

On the other hand, if you’re feeling complacent, you might tell yourself phrases such as:

While the latter phrases may be true, they’re also blanket statements for dissatisfaction. Even if things look fine on the surface, it feels like something is not quite right, or missing.

Let’s start with being content. What does it mean to be content? It could mean you’re happy with the situation you are in right now. Or, you might be working towards something, but you’re enjoying the process.

Complacent, on the other hand, means that you’re not really making the most out of what you have.

A car on a journey

I like to think of being content versus complacent as similar to two brand new cars. The car that is content is driven on a road trip. It takes periodic rests but it gets full usage and sees progression as it travels.

A complacent car, on the other hand, just sits in the garage. It never gets used, so after awhile it becomes the norm for the car to just stay in one spot. While the car doesn’t need to be refuelled or fixed, the car hasn’t done anything either. The complacent car is an example of wasted potential, as its purpose is never realized.

Which one would you rather be?

Jeff Bezos, founder and CEO of Amazon, says his decision to leave his high-salaried finance job to start Amazon was very easy. In what he calls the “regret minimization framework”, he imagines himself at age eighty.

At that age, he wants to have looked back at his life and lived with as few regrets as possible. He knew that if he didn’t go ahead and try working on his startup idea, even if it resulted in failure, it would be a lifelong regret.

Though it might be comfortable to stay in one spot for the time-being, most of us end up regretting the things we don’t do, as opposed to whether or not we succeeded.

Awhile back, I decided that I wanted to exercise more often. I envisioned myself jogging and breaking out a sweat, but I just couldn’t get myself to do anything about it.

When the idea came up, I would tell myself that it could wait until later. My surroundings felt comfortable to me, and I didn’t feel a sense of urgency to do anything.

But slowly, I began to notice the excuses I would come up with. I would tell myself things like: “I can do it later.” I would wait until a perfect situation popped up, so that I could exercise more.

As I caught myself in this self-talk, I realized that my excuses were a way of being complacent. I knew I could go out for a run if I wanted to, but I was comfortable just staying put. Eventually, it got to the point where I realized: if I want something done, I need to plan for it.

It wasn’t enough to just stay in one place and think something was worth doing. I had to ask myself what I could do, today, to bring change in my life.

How to implement change

In order to improve, it’s important to know where you are in your progress. The first step is to recognize what you have. Even if you’re not where you want to be, there are many things to be grateful for – whether it’s good health, relationships, or even just being able to enjoy a nice day.

The next step is to see what you want to accomplish. Maybe you want to exercise, travel more, or learn a new skill. Once you recognize this, you can map out the steps you intend to take in order to improve each day.

Do something that scares you, something that is out of your usual pattern. Whether it’s sending an email to someone you don’t know, or pulling out a map and planning where you want to travel.

Being scared can be a good thing.

When I first started getting out and doing some exercise, I felt uncomfortable. I was worried about looking out of shape and feeling tired.

But at the same time, I was happy. Happy that I was doing something that I wanted to, even if I had to get adjusted to the process. It scared me, and that’s a good thing.

Because living up to your full potential is about doing things that are terrifying. It means taking risks. Inevitably, it means accepting that pain, discomfort and rejection are just a part of the process.

Being content isn’t simply about being satisfied where you are. It’s also enjoying the process you take to reach your potential, with all the bumps along the way.

Melissa Chu writes at JumpstartYourDreamLife.com, where she helps people live better and get productive. To learn how to get more done, develop a strong mental mindset, and achieve your goals, grab her guide (it’s free!): Download the guide to creating a bullet-proof plan towards your goals and follow her on Twitter.