How to Find the Courage to Love Again 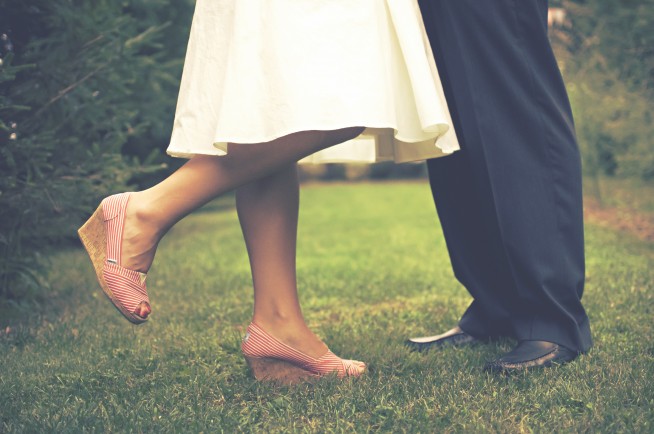 “Of all forms of caution, caution in love is perhaps the most fatal to true happiness.” ― Bertrand Russell, The Conquest of Happiness

Caution really should have been my middle name for the first half of my life. Playing it safe was my well-practiced defense mechanism. I used to measure taking any action, no matter how small, against the potential risk of it all going wrong. Those fears of failure and rejection stopped me acting more often than not.

And then in one short moment, all of those risks became realities, harsh realities even though I’d played it safer than safe.

However, the lesson I finally learned from those unexpected, unwanted, unfair realities changed my perspective forever. They changed my life. Changed, no transformed. Thank the skies.

You see, my oh-so safe approach had let me down super hard in the most sensitive area of life – love.

It’s actually downright awesome. Securing another’s heart to yours is the single most magical experience in life, period.

The strength of that commitment will be your lifeboat in every storm, your comfort in every disaster. Love truly is the elixir of life.

And that’s exactly why I dedicated my mid-teens through early twenties to carefully hunting it down – boy, what a long ten years that turned out to be.

And despite losing love as quickly as I found it the first time round, the results were worth every second. . . afterwards.

Because having the courage to love again genuinely saved my life. But like the lesson I learned from the risk of rejection becoming my reality, that courage took its time in showing up.

Grab your coat and hop on a quick bike ride with me . . .  I have something I just have to show you.

I have always been something of a free spirit. I wasn’t born under a wandering star, nothing so romantic. There was, however, always something in me that kept me moving. Long-distance cycling became my thing, always alone.

But in reality, what I was truly seeking was love.

I was convinced that my soul mate would appear, probably in the darnedest of places, like up a mountain, in a bamboo hut, or aboard a rusty ferry – I methodically searched them all.

When my soul mate did appear, it was thousands of miles from home. Incautiously, impetuously we fell into a whirlwind of being in love and just as quickly, engaged.

This was how I had always dreamed my life would turn out. In love, loved, married. Whole.

Yet all too quickly, she realized that she had another version of how life was going to unfold, and it didn’t include me. I cursed my crazy lack of caution. It became my greatest regret.

That was one of the hardest times of my life.

Suddenly single instead of married. Back home instead of starting my new life abroad. Jobless, career-less and wifeless – that was a horrible place to be. For the first time ever, I lost the point of life and all enthusiasm to haul my sorry self out of the chasm I felt I’d fallen into.

The career opportunities I’d had before dried up. A full resume of low-quality jobs followed – anything more seemed pointless and risky. I abandoned my passion for writing music and stopped traveling and dreaming – why court more pain and disappointment? I even stopped believing that true love was real.

I was at the lowest ebb of my life. Playing it safer than safe became my only modus operandi.

“To love and be loved is to feel the sun from both sides.” — David Viscott

I loved Mr. Viscott’s fine theory, but it felt like that’s all it was ever going to be for me — an impossible theory.

What did I truly know about love? Nothing, except that I desperately wanted to believe in it again, but I just couldn’t find the courage.

Oh, and that it hurts like hell when it walks out of your life.

That walking out on you part, that was one area of love that I was pretty confident about. After you’ve had your heart run through the mangle, allowing yourself to love again has all the appeal of leaping from a plane with no parachute … with your hands and feet tied together … blindfolded.

The fear of feeling the pain of rejection is so consuming that it can seem better to live a life unloved than run that risk again.

Luckily for me, living life alone and super safe got so messy that it forced me look differently at, well, pretty much everything I had going on and in truth, how reduced my life had been all along through not risking failure.

My empty existence taught me the lesson that in trying to guarantee I wouldn’t feel more pain, I was keeping myself in exactly that painful space.

Consumed by memories of that failed relationship instead of forever occupied with building one that would last eternally, I was carving out a life of loneliness for a lack of courage to tell anyone I loved them ever again.

The only shame was that I took so long to work this out.

Saying “I Love You” again is an act of courage

And then one day when the memory of returning home without the wife I’d planned to live with forever should have faded with the passing years, my heart skipped so hard that I thought it was going to let me down. And in the darnedest of places too. A gritty city railway station on a grizzly day when all the jostling commuters could think of was getting the hell out of there.

And all I could think of was I’d never seen such a beautiful smile in my life. And might never again unless I found the courage to act. For in that instant, I knew I’d found my soul mate. But did she?

No parachute, hands and feet tied together, and you’re blindfolded. Yeah, I was scared and terrified. And I took thirty-six hours from first meeting her to have the courage to say the words “Laura, I love you.”

That was twenty-six years ago. And in-between were twenty-seven countries, fifteen homes, several businesses, and a long-distance cycling world record together – on a bicycle made for two.

That was twenty-seven years of loving, being loved, and having the life of my dreams. And it’s still getting better every day.

Saying “I love you” after the pain of being jilted took more courage than I was sure I had at the time. It certainly didn’t come out all smooth and suave — more like Jerry Lewis rather than James Bond. But Laura recognized what I was saying. She heard my feelings clearly speaking.

Laura saved my life from being the empty existence it was when we met by helping me find my way back to pursuing my passions. She’s been with me since that day, skipping along, running with all manner of crazy ideas, and helping me roundhouse kick any setbacks in life.

And she’s literally saved my life more than once, on one occasion chasing away a pack of rabid dogs in the desert that had earmarked me for their next meal.

She’s my lifeboat, my comfort, and more.

I’m thankful every day that I found the courage to love again. I’m eternally grateful for the lesson I learned. Risk equals opportunity. Venture brings possibility.

Now the only risk I see is the one of not following my heart, my instinct, my desires. I view extreme caution as the riskiest approach to life and my life is rich and happy as a result.

Build a life of loving and being loved

Caution in love and life can be fatal to true happiness, but courage takes a strong heart @laurajtong
(Click To Tweet!)

Rejection or failure are both excruciatingly painful. No one needs that. Ever. Period.

Having anything fail that matters to you can leave you feeling that you’ll never act again.

And you could be right . . . unless you find some courage. The courage to reverse the situation or start over.

Taking action after failure isn’t easy. It feels awkward, and you’re fraught with anxiety. Hey, getting out of your safety zone can cause/bring on serious palpitations.

But a moment of bravery can banish a life of loneliness or disappointment and give you an incredible life of loving, of adventure, of achievement.

Be bold. Be genuine. Be you, and have the courage to take a risk and act again.

Mark & Laura are on a mission to help you gain control of your life and find your smile. Download their free cheat sheet: 5 Ways To Say No Without Offending Anyone (Even If You Hate Conflict).