4 Things I Learned About Forgiveness While Traversing Through Europe 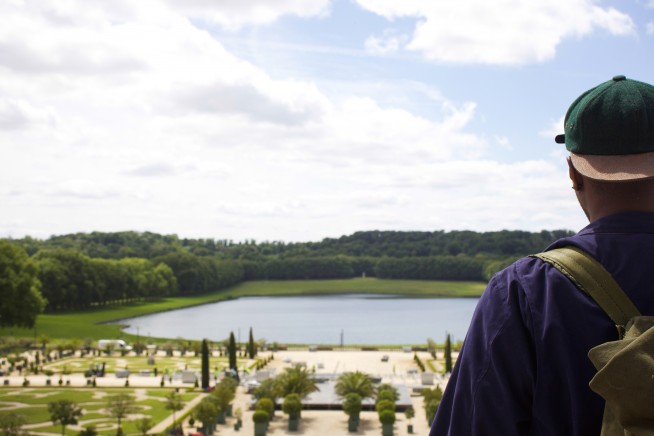 In May 2015, I went with two friends on a very loosely planned one month trip to France (and other parts of Europe.) All in all, we traversed through Paris, Versailles, Ermont, Montpellier, Chambery, Geneva, Amsterdam, Florence, Milan, and London with the intent of visiting friends, seeing how other people live and having the time of our lives. Before leaving from John F. Kennedy International Airport in New York, I packed everything I thought I needed, from hygiene products and travel guides to books to read in my leisure and clothes for every occasion imaginable. I justified taking things I could do without and things I didn’t even use like workout gear, failing to understand these things would weigh me down.

Nevertheless, I was all packed and ready to take on Europe but soon enough my extra baggage would teach me a thing, or four, about forgiveness.

You may be wondering what correlation there is between traveling and forgiving, but soon it will become more apparent as I take you through the four things I learned about forgiveness while traversing through Europe.

Bringing Too Much Will Wear You Out

On May 11th, when I got to the airport and realized that my luggage was a couple of kilos overweight, I should have guessed that I couldn’t possibly need all that stuff, but in all my stubbornness and need to have my stuff with me, I pressed on, paid the extra costs and flew to France with the 28 kilos of stuff I needed. I was only going for one month but looking back, I had packed as if I were moving there. I had way too much stuff and had packed that way because I didn’t want to be caught off guard. (I would have packed food if I knew that it wouldn’t spoil!) Not much longer after landing did I realize I had in fact brought too much. Too many clothes, too many shoes, too many books and it was all dragging me down, not to mention tiring me out. Certain times over the course of the month, we were sleeping on couches and being taken in by people with limited space, which was not a problem, but having places to fit all my stuff did become one that we all struggled to maneuver.

Similarly, I thought how many times had I let my ill experiences from the past, my aches and pains, my baggage make an impression on the present? I wonder how can any of us hope to welcome in new experiences while holding on to resentments and reservations formed from anger via unrequited dreams? Like being invited to stay somewhere new, or meeting a new person, how can it hope to work well if we allow our hang-ups to cloud a newly budding seed? Reliving past let downs and betrayals when entering into new business ventures, living situations or relationships only does us harm. We can learn a lesson from being burned while not holding on to the emotional baggage. However, if we do hold on it gets in the way, like my own physical bags did, creating tension and hesitation when being taken in by people along the way.

Be Flexible Or You May Break

After staying in Paris for a few days, we traveled to a friend’s place in Chambery, in the south of France, a six hour journey from Paris. While there we planned the next stretch of our trip, we would go to Amsterdam and then come right back to Chambery to work out the rest of our trip. We decided to leave most of our luggage in Chambery at our friends’ and retrieve it once we were done in Amsterdam. What winded up happening though is after Amsterdam, we returned to Paris, not Chambery, then went to Florence, London and back to Paris without ever having the time to make the trip back to Chambery to get the stuff we brought half-way across the world.

Spending so much time constantly trying so many new things I found didn’t need the reading books for leisure, extra notebooks, workout gear or the outfits for every possible occasion that I’d left behind in Chambery (for 85% of the entire trip). Finding the time to get a train back to Chambery a few days before our flight back to New York just to pick up some luggage impeded on our trip and we almost resolved to leave the stuff behind. All those things I had packed in order to try and save money and always be prepared was in all in vain because our plans had changed, as life continually does.

As far as forgiveness is concerned, swearing off entire groups of people or deciding never to return to a place again because of the actions a few without rationally examining all of the factors may leave us in dangerous waters.

Many of us feel as though not doing this will leave us exposed to similar hurt and devastation again, that if we let it go, we will be stomped on, kicked down, beaten up all over again however this is not always true. For example, swearing off all local home repair companies without taking the time to investigate each one because one local company burned you five years ago is illogical and may lead to a worse financial scenario. Being well informed, doing your research and trying something you already have in another way are lessons in flexibility by way of forgiveness. Similarly, you are able to meet someone from the same school as a former boss who manipulated you and everyone in the company and find out manipulation was the most encouraged route for getting ahead where they learned. In turn you learn more about how to maneuver the types governing the business you are in, to be more mindful, the importance of worker rights and to never overextend yourself. Forgiveness allows us this flexibility, grants the capacity for a second chance and frees us up from how we judged something to indefinitely be.

You may still be wondering how letting go of excess can directly help you get better at forgiving. Well, we are incredibly complex, interconnected beings and believe it or not, there is a correlation between letting go of material things and letting go of emotional baggage. Holding on to things whether it is clothing or old emotions can hinder you from growing.

Had I been willing to accept I didn’t need half as much as I thought I did, I would have gained days I spent traveling and planning to travel, avoided many headaches and saved over $300 at least, from paying the additional costs at the airport arriving and returning, to making an additional trip to Chambery to pick up my stuff even though my flight left from Paris. But honestly speaking, I felt an emotional attachment to many of my possessions at the time, which made getting rid of them tough. Thinking of each item brought me back in time to an important person or place or moment. Now I see that hoarding talismans and emotional baggage are futile ways of holding onto the past, which no matter how hard we try to, we cannot.

If we look at an emotion like anger we’ll see its power and value and that it gets us to act when we may not have the courage to do so otherwise. However, once action has been taken yet that anger is not allowed to pass through us, it can become insidious. Anger expressed in an inappropriate, explosive way can deeply wound or even destroy a relationship.

Now I understand that we can learn and grow from our experiences and cherish them but we cannot immortalize moments or anything at all, really.

We cannot always be prepared for every hiccup of life and we don’t need to be. @JRYussuf
(Click to Tweet!)

We need to be able to rise to meet each unique challenge we face; rise to meet our emotions, and become better acclimated with the idea of letting go. Letting go is hard but it is necessary and it is a constant. And what is more, holding on to the past or fighting against change will not supply us with more control; it will only prolong the inevitable and may make things harder than they need to be.

Getting Rid Of Junk Feels Good

Since being back I’ve done a major overhaul on my wardrobe and possessions in general. I’ve donated books, shoes, shirts, belts, hats, jeans and jackets I haven’t used or don’t make me feel my best. Through donating I’ve learned that my style is minimalistic, clean and simple with a little edge and if something doesn’t fall in line with that, it will probably end up in a storage bin, so it’s best not to buy it. Since being back I have even tried a few things I’ve always wanted to like juggling, rollerblading and playing Rugby. These were all things I may not have seen as important to me had I not gotten rid of all the junk that was standing in the way. Often times you gain clarity and a modicum of control when you take care of your surroundings at home. Getting rid of excess can be therapeutic. Things we have no practical use for, could serve as a very valuable asset for someone else, so by giving we are creating space for things we do love and are allowing someone else to gain from taking these things off our hands.

I’ve come to understand you can gauge your emotions and what you tolerate in your relationships in a similar manner. Lingering emotions and memories that create feelings of regret or sadness are unnecessary and so are toxic relationships. Relationships where you’re the only one doing the investing, supporting and sacrificing will ultimately fail and are worth getting rid of.

Something to remember from all of this is letting go is a gift that allows room for new experiences, new life and for peace.

At the start of this trip I was not trying to rid myself of my clothes, or learn anything really. I was put in a position where I had no choice other than to take my necessities, bare minimum of things I need to survive and in that, I learned a valuable lesson that not only did I not need all the things I brought with me to France, but I didn’t really like all of those things. I learned how important it is to detach sentimentality and amity from the material things I accumulate. Choosing to give away so much of my wardrobe made me not only feel lighter but I’ve gained a clearer sense of who I am and what I like, what excites me and no matter how much I give up, I can never lose that.

What important lesson did you learn the last time you traveled?

J.R. Yussuf, is the author of The Other F Word: Forgiveness (being published now), a book for anyone who has ever struggled with forgiveness and letting things go. His writing has appeared in the anthologies Best Bi Short Stories: Bisexual Fiction, finalist for a 2014 Lambda Literary Award and a 2014 Rainbow Award and Double Consciousness: which soared to #1 Best-Seller in Kindle African American Poetry within it’s first week of being released. J.R. also maintains a video blog devoted to practicing forgiveness, goodness & self-improvement. You can follow J.R.’s journey to having his book published here or follow him on Facebook and Twitter.