Don’t Assume That Every Woman Wants (Or Can Have) Children 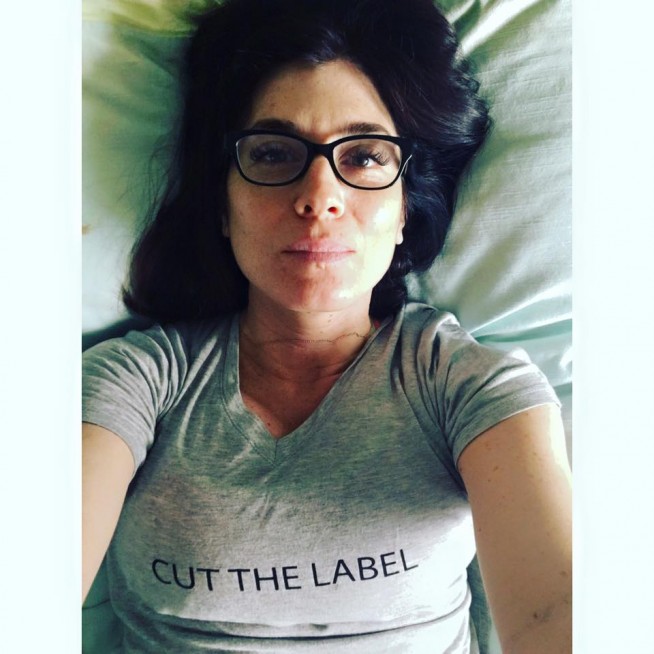 Since I revealed I’m pregnant I’ve gotten a bunch of emails and comments saying this like this, “I know how long you’ve been trying for a baby. I know how badly you wanted this, etc.”

These things people say to me are assumptions.

I couldn’t have been more vocal about my ambivalence towards having kids. How I wasn’t sure but I didn’t think I would. I made a Don’t Be An A-hole video a few months back that went viral about not assuming every woman wanted children (or could have them.)

I am very happy NOW that my baby is on its way but this was not planned.

This wasn’t something I’d been working towards.

I didn’t think I wanted this!! That’s not so popular to say (especially while pregnant) but that’s okay – I like stirring the pot, as you know if you follow me, and besides.. I WANT IT NOW. That’s all that matters.

Someone said to me last year that I needed to hurry and have a baby because time wasn’t on my side and that you couldn’t have a meaningful life without children. (It was a man!) I have never been so angry. That is simply untrue and ridiculous.

Kids or no kids … You are enough! This is one of the core tenets of my feminist empowerment movement called Girl Power: You Are Enough.

Also, isn’t it interesting the narrative we place upon women? Like everyone just ASSUMED I was trying for this and wanted it more than anything.

It’s an old mentality – the idea that every woman wants a baby.

Love you guys. Post thoughts below. See you soon at a workshop or my New Years retreat. Hurry before I have this kid. 🙂 xooxx

PS – People keep asking about my shirt. It is from Laurie Suarez, who launched Cut The Label on Dec 1st to stop the labeling of humans. Her teen daughter is transgender and Laurie is on a mission to change the world. Please support Cut The Label.

Cut the Label ®™ is a movement born out of the desire to end the categorizing of Humans. We are not first LGBT, Buddhist, Catholic, French, Spanish, an Addiction, a Disease, a Diagnosis, Formally Educated-Not, Republican-Not, Rich-Not. If you can be my friend then I can be yours based on what makes you a YOU. Join the movement. Stop labeling.

My Italy retreat for next Sep is invite only so email me at info@jenniferpastiloff.com! I will be in Tampa and Vancouver in January. Make sure to give me a hug if you come. All workshops here.  Also, my New Year’s Retreat in Ojai, Calif is almost sold out so book now here! I will be back at Kripalu in Feb, too. Join me on instagram at @jenpastiloff and @GirlPowerYouAreEnough. xoxo

Jen leads retreats that are a combo of yoga/writing and for ALL levels. Read this post to understand. Click here for all retreat listings and workshops to attend one in a city near you (Atlanta, NYC, St. Louis, London, Chicago & more, are next). Jen is the guest speaker 3 times a year at Canyon Ranch and leads an annual retreat to Kripalu Center for Yoga & Health every February, as well as an annual invite only retreat to Tuscany. She is the founder of the popular The Manifest-Station website. Follow her on Instagram and Twitter. She is the founder of Girl Power: You Are Enough.