The Pros and Cons of Going to College 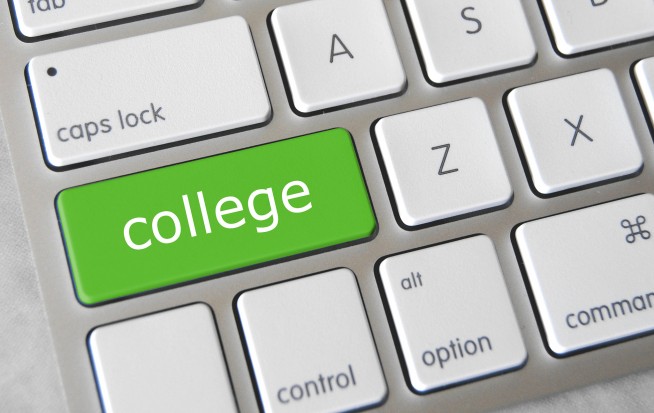 [Ok. I know. I’ve written about this (but not in the past two years). BUT Someone just asked me this AND things keep changing all the time. So my answer.]

Getting a degree wasted five years of my life. I got an undergraduate degree in Computer Science in three years.

Then I went to graduate school for Computer Science but was thrown out after two years after failing four courses in a row. I wrote three or four novels during that time. Which had nothing to do with my courses.

I put in my 10,000 hours of programming. I knew how to build an operating system. I could take apart and put together a computer.

If I lived in the 1800s I probably could invent computers. I thought I was good.

When I got my first job in “the real world” I was a programmer. My second day on the job I crashed the entire network and lost everyone’s email.

My boss came into my cubicle (very embarrassing since everyone in the cubicles around could hear and would later gossip) and said, “We really want you to work out but it’s not so we are going to send you to remedial school on computers.”

I drove two hours every day to go to a remedial class in computer programming. I learned how to program then and eventually started three or four software companies and invested in dozens of others.

The above is not saying “colleges are bad”. There are many aspects. The above just says: here is what I learned, here is what good it did me.

Did it even get me that first job? No. I failed the interview miserably. I knew the answers to none of the questions.

Another coincidence got me the job. I wrote about it before. Suffice to say, two weeks later I was offered the job and with a signing bonus. Thanks Rob!

Later that day, my then-boss started yelling at me about something insignificant. He didn’t know that I had just been offered a job.

I held up my hand and said, “that’s fine. I don’t like to be yelled at, though, so I quit. Goodbye.”

He couldn’t believe it. He apologized. He wrote me an email and apologized. I wrote back, “don’t treat people how you don’t want to be treated.” And I still quit.

Six years later when I was running a venture capital firm he even pitched me a deal. I said, “Let me call you back on that.” And I never spoke to him again.

So this is my story of college to establish some credentials. I’ve written a lot about college. I had the #1 book on Amazon about “College Education” for about a year.

But let me tell you the latest pros and cons.

You don’t have to believe me. It’s very complicated. All I ask is that you see that the world is changing very fast.

And again, this is a trillion dollar industry that has other incentives than your education.

This is the honest truth:

There are no parents around. For me, I had a girlfriend for the first time. There’s nothing to prevent you from doing anything you want. So you do it. A lot.

I had never had alcohol or drugs before college.

By the end of my three years in college (I graduated a year earlier thanks to summer classes because I wanted to save money) I had gotten trashed many times and had tried marijuana and LSD.

Now I’m forty-seven. My friends range in age from twenty-four to eighty-four, all different nationalities and sexual preferences, etc. This is real life. College is just extended high school.

I can’t think of any other “pros”.

What about an education?

I’ve been reading a few books a week since I was twenty-three. It wasn’t until I left college that I learned to appreciate reading.

But other people do learn in college. I can’t argue with that. It’s person by person.

When you are force-fed books to read and facts to remember it’s very hard to enjoy them.

Imagine being locked in a cage and force-fed chocolate all day. You’d soon get sick of it.

The average college-educated person age eighteen-thirty-five made $36,000 a year in 1990. Now that same average person makes $33,000. This is taken right out of tax data.

And yet, student loans have gone up from almost nothing to $1.4 trillion.

If you are twenty-five, have a great idea that can change the world, and want to start a company, how will you do it if now you have to be chained to a cubicle to pay back your debt?

You can’t even declare bankruptcy to get rid of your debt. With one hand, the government feeds you to the slaughterhouse (college) and with the other, they seize all of your assets.

It’s a great business to be in if you can get it.

The other day I spoke to Scott Young. For $2000, and in ten months time, he got an MIT Computer Science degree.

How did he do it? They put their entire course load online. Maybe this will stop at some point.

They do it because they know people still think it’s worth it to spend $200,000 to do the exact same thing Scott did but still get that piece of paper that says “BS”.

When employers were asked, “would you hire Scott even though he doesn’t have the actual degree?” (he took all the courses and tests but of course could not get a piece of paper that said he did it) many of them said, “yes. He has initiative.”

Many schools put their curriculum online. Then there are online-only schools like code academy, lynda, coursera, udemy, creativelive, fedora, etc etc. where you can take GREAT courses.

I loved computers. But what if, instead of spending five years learning the academic version of computers (and then still having to take remedial classes), I had just simply started working with computers?

Maybe even starting a business? Who knows?

Many other well-known software companies started by nineteen or twenty year olds started that way. What if I had done it?

Instead I had to wait five years before even considering it because I was using the most valuable time in my life to take classes that taught me nothing.

I’m not bitter (see the Pros) but I often wonder what would have been different.

What if you are not a scientist? Doesn’t matter. My daughter wants to study acting. Why can’t she just spend that time going to auditions and getting real roles.

I spoke to Mark Messick recently. He’s sixteen years old, dropped out of school at eleven, and now makes $4000 a month writing books. Living the dream.

He still goes to extracurricular activities at his school to maintain his friendships, but other than that he is light years ahead of his classmates in education and opportunity.

4) BUT WHAT ABOUT THE LIBERAL ARTS?

After fifty minutes they had almost zero retention of what they learned in the class.

The only way to learn something is to have a passionate interest in it, then learn it, then repeat it, then try to teach it to someone else.

This is not something taught in school. Kids are taught facts and not questions. And yet:

After college, 80% of people never pick up a book again. If you just read five pages a day (ten-twenty minutes of time. The time it takes to read People Magazine) of something you are interested in, you’ll read 1800 pages more per year than everyone else.

Advantages are not created in a classroom, they are created in one percent a day of personal improvement.

Many universities, to tout their benefits, have done the exact same study: People who got a degree, twenty years later, have made up to $500,000, give or take, more in their career then people who didn’t have a degree.

This is a spurious study. It has no control group. It’s based on a demographic from the 1970s and 1980s when people from middle class families went to colleges and people from lower-class families, often didn’t.

This could be the entire reasons for the income difference but the studies don’t mention that.

Here’s a study: take everyone who got accepted to Harvard. Tell half of them you can’t go to college ever. Instead, get your four year head start on making money.

Then see who has more money twenty years later.

My kids are actually rebelling against me by getting a traditional education.

They both say the same thing, “it’s a safety net so you can get a job”.

“Who tells you this?” They have no answer. It’s just in the air.

Forget the income numbers I cite above. There are changes happening.

Just this past week, Ernst & Young, the accounting firm, said they will no longer care if an applicant has a college degree.

Google has said they will stop looking at it.

More and more people will stop looking at whether or not you have a college degree.

And the safety net has disappeared. I see it in my own companies. Middle management across the United States is getting demoted.

WHAT SHOULD I DO INSTEAD?

I was at a dinner once. Someone who was working for Mayor Bloomberg asked me, “Would you let someone who didn’t go to college give you brain surgery?”

I said, “It’s not about me. Would you let your son who has no interest in being a doctor, go to four years of school and another years of medical school just so he can operate on my brain even though he hates every minute of it and gets a million dollars into debt?”

The average person has fourteen different careers in their life. But now because of the costs and the debt, they are chained to that first career forever.

Make the choices that allow you to cast away the chains as quickly as possible.

Go to the COLLEGE OF YOU. It has one course: every day wake up and ask, how can I improve one percent over where I was yesterday in any area of my life?

You have a mission here. Fly out of the nest and accomplish it.