It’s OK to be Vulnerable 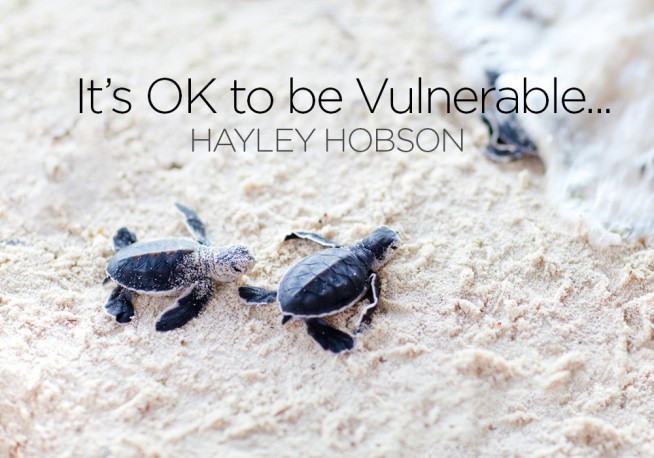 Well, in my last post I spoke about how the small things can add up, based on my interesting couple of days before leaving for my trip to Australia…which by the way was absolutely AMAZING! I love that country and I was blown away by the organic, raw and vegan options available, because that is the food I love and am passionate about.

The trip was off the charts and I felt I had let go of all my “drama” during my holiday down under!

Little did I know that the universe had something a little extra for me on my return. And that is what I want to share with you today.

For those of you who know me, you know that I like to be super organized, which is partly out of necessity for someone who runs a large business as a MOM-trepreneur and also because I just like being nice and organized.  You’ll also know that my entire business is run from my laptop and iPhone!

So while we were in Australia, I had to speak at a conference and connect with a few of my team, so naturally I had my loyal laptop companion with me. But I was having a few issues and I just put it down to the Wi-Fi. To be honest it didn’t really trouble me, because I was just loving my holiday, the people, the beauty and the food!

On the trip home I had close to eighteen hours of air travel time, so I used that to get super organized, plan my upcoming week and sort out all my meetings, conference calls and training sessions.  I was feeling on top of the world after such a good trip and completing my planner for not only the week, but the entire month!

However, just before we got to LAX my computer just died! Oh no!

We arrived pretty early in Denver and got through quickly so I thought I will not be beaten by a minor computer issue and let it disrupt my organized week. I stopped at the Apple store on the way home…and that my friends is where the drama started…or should I say re-started?

Over the course of the next three days I did several back and forth trips to Apple. They were scratching their heads, and I was slowly getting more and more frustrated and after spending six – eight hours a day in an apple store EVEN eating my meals there…even the most patient and optimistic person can be forgiven for exploding.

Not only that but my iPhone’s microphone packed up too. So not only was I missing important calls and meetings while being at the Apple store, I was also not able to do many live video streams and calls.

Eventually it became too much for me and I just broke down. I was sitting there crying my eyes out in the Apple Store and then again the next day at home. As an isolated incident I might have been able to handle it, but the cumulative effect of the previous week and then this and the impact it was having on me, my team and business was too much.

You know because of my success and being a speaker on the stage all over the world, people sometimes see me as this strong, fearless and almost invincible leader. But the reality is, that although I like to see myself as being fearless, strong, determined and super focused, I am also a human.

I am a Mother, a wife, a daughter, sister, cousin, friend and more. Yes, I do get grumpy and lose my cool. Yes, I do get frustrated. Yes, I do make mistakes and say and do things I regret. Yes, I do sometimes leave dirty dishes in the sink and not vacuum my house. Yes, I do have piles of laundry in the basket at times and yes, sometimes, I am not present when with my family.

But you know what? That is OK!

Too often as women in business and in life, we have to try be tough, we have to try to not be emotional and we have to try and suck it all up and get on with it. But the reality is we all have a limit. We cannot hold all that tension, stress and emotional storm within us. We have to release that at times. It is OK to do so.

I must admit, when I first broke down in the Apple store, I did have a thought…”OMG what if someone sees me who knows me as a business leader…what would they think?” But I caught myself and released what was just my ego talking and the facade that tries to stop us ALL from being who we are, expressing our true feelings and our vulnerability.

I just said to myself “Screw that! I don’t care right now and I am just going to let it all out!”

And you know what, when I had another breakdown at home the next day, I felt SOOOO GOOD afterwards. Just accepting myself and saying you know what? It is OK to be vulnerable and let it all out!

I am in gratitude to the universe for teaching me another powerful lesson that I can share with my team and with you guys. So ladies and guys…remember it is ok to be vulnerable and allow your emotions to express themselves.

The other thing I learnt from this experience was this…the technician actually found real and live spiders inside my computer that had helped caused the motherboard to self destruct. LOL! Crazy right?

And not only did the universe teach me such a beautiful lesson, but I also got a new iPhone from Apple and I had to purchase a new Macbook, so at least I got some new gear too!