New Shoes: On Growth and Mourning 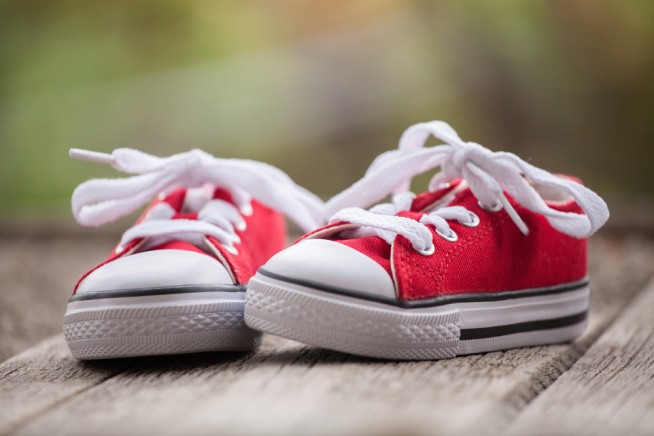 A friend of mine recently experienced a couple of entrepreneurial hiccups that have left her emotionally and financially drained. Those experiences have shaken her ego a bit and provoked some deep internal reflection. She called me this week to talk about the insights she’s gained from probing around in the dark shadows of her psyche. “You know,” she said, with the kind of raw emotion that often accompanies the discovery of hidden truths, “I think the hardest thing for me has been letting go of the dream I was clinging to. I really wanted to create these great businesses and lead a team to victory. But it didn’t turn out that way. It’s been really hard letting that dream go …”

The author Té V. Smith wrote: “No one warns you about the amount of mourning in growth.” I’ve been thinking about growth and mourning lately. It’s the part of growth that we don’t consider much when we say we want to grow up. Like the way we used to dream of being adults as kids and now, on so many days, we long to shed the complexity of our grownup lives and go back to the playground. Recently, while on a family vacation in rural Minnesota, I reflected on letting go and stepping forward, and wrote some thoughts down. I called it, New Shoes. I guess it’s a poem of sorts.

I meditated, eyes open, looking out the window into the fog that rested on the water of Lake Superior. Staring across the lake into the window of my soul, I cried. Not because I was sad but because I was growing. Like a new pair of sneakers, we know we’re growing because our toes poke the edges of our shoes — I cried as my growing awareness poked the limits of my being, expanding my tiny heart … opening my constricted soul. It stretched my consciousness, and stretching hurts. But it pales in comparison to the pain of being small. Like cramming my size 13 feet into size 10 shoes, it hurts. So I cried and I was growing. And the fog was lifting. Or perhaps it was being lifted by the rays of the sun, which one by one — isolated and alone — seemed to descend and lift a layer of fog. And I cried because growth is a process of losing ignorance and all loss hurts. But new shoes are fun. And so I cried with joy. And the fog slowly lifted as I stared across the lake …

Getting new shoes as a child was a traumatic event for me. My mom had very little money and I had very big, crazy feet, which seemed intent on wearing through my shoes faster than the feet of other boys did. My poor mom did the best she could to save enough money to keep up with my growing feet, but, inevitably, I’d end up wearing my shoes until I wore holes in the sides. My mom would patch the holes with duct tape and send me back to play in my patchwork shoes until my feet just wouldn’t fit in them any longer. I patched a lot of holes in my life that way — finding interim solutions that never really fixed anything but allowed me to keep going. Two divorces, bad food, good wine, and a life of bells and whistles became my adult version of that duct tape on a lifestyle that, like a pair of old size-thirteens, was wearing thin.

We don’t often associate mourning with growth. We know growth can hurt — no pain, no gain — and that breaking through barriers and going places we haven’t gone previously can be scary and painful. But what about all we leave behind: stories, jobs, trophies, friends, old belief systems? The stuff we say we’re not but, in so many ways, actually are.

Our lives are a complex web of identifiers, things we point to as proof of our unique existence. As we grow some of that gets lost, making the experience of growth one of moving forward, but also a death of sorts. The closing out of old chapters as we move on to new ones requires we make peace with what we leave behind … and to do that we have to mourn, which can hurt. I think that’s what Té V. Smith meant when he said that no one warns us about this mourning. It just kinda sneaks up on you one day as you’re going along happily growing. Like a painful skit in the Jackass movies, life catches you by surprise and smacks you square in the heart with the realization that a part (or parts) of who you thought you were no longer are.

Recently my wife, who’s on a sabbatical from her medical practice, called a company for whom, a few years prior, she had built a complex diagnostic protocol. She identified herself, “Hi this is Dr. Christy!” expecting the usual familial response. Instead the person on the other end of the line paused before replying in a puzzled tone, “Sorry … Dr. Who? What’s this regarding?” I noticed a sadness in Christy that night. I gave her a hug and asked what was wrong. She shared the story with me and then said, “I know it’s silly. But it hurts.” I remember the first time I called Live Nation and was asked by a new secretary to spell my last name. It felt like someone had taken my ego out for a long ride into the Vegas dessert and roughed it up. Like Christy, I felt silly to feel hurt by something so intellectually insignificant. But it hurt nonetheless. All mourning does.

The growth of letting go and leaning into life and its lessons. This is why the mourning is important. It’s why we can’t fake our way through life’s lessons with a politician’s grin and a nonchalant “it is what it is.” Life certainly is what it is, but what’s equally true is that it’s not what it’s not. And growth is very often not easy. So we mourn, and through the mourning we learn the lessons life has to share and, perhaps equally important, we learn how to be there for ourselves in times of need.

Many of us are going through some kind of growth right now, moments in which life is asking us to let go of an experience, a person, or a dream that we’ve been holding onto tightly. This comes to us in the form of divorces, job changes, foreclosures, diseases, missed targets at work, watching our children grow up, or saying goodbye to loved ones who’ve passed on.

This week I invite you to be authentic to those experiences. To admit that letting go is hard. To allow the truth that growth brings mourning and to allow yourself the space to grieve as you grow.

I invite you to be there for yourself, just as a good friend might be, to hold your own heart with the tenderest of thoughts as you slowly let go, and to grow … supported by the knowledge that we are all in this together.