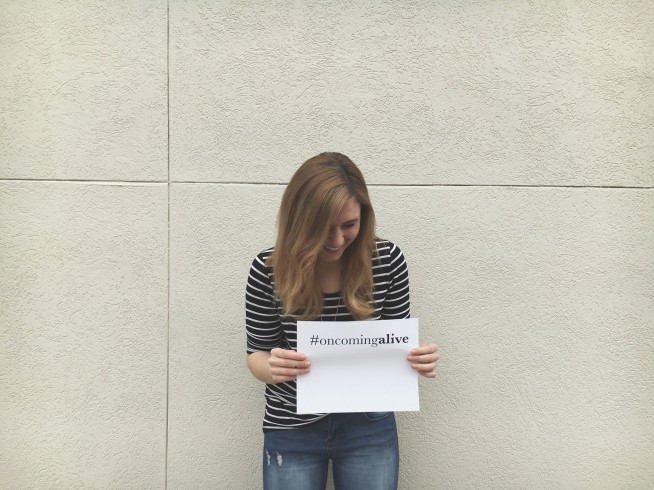 The needle pierced my skin, the dots of ink collecting into form, an inscription of the word I could not let myself forget.

That’s what he was now. It had only been a week, but I needed to remember. What better way than to see the words scrawled across my chest every time I glanced at my own reflection?

No more sickness tearing away at his body, no more gasping for breath just to move oxygen through his blood, no more pressure surging into a little heart that was just doing the best that it could.

I had to let him go. I think he was waiting for me to tell him that it was okay, because for 197 days, I made him swear to never leave. On day 198, I sat at the end of his bed next to his surgeon, and with tears in our eyes, she and I talked about the imminent end of his life. His lungs were tired.

I had to save him by allowing him to leave.

On day 200, at six months and seventeen days old, before I had to, he made the choice for me. As the numbers fell, they placed him in my arms, disconnecting him from all support. My frantic mind searched for an answer, some other answer than this. His doctor looked me in the eye, focusing and calming me as he said, “Lexi, this is his final gift to you. He made the choice so you didn’t have to.”

His death stripped me bare, down to just my soul, my broken, bleeding soul.

How could a life so precious as his be confined to a mere 200 days? How could the joy and the love and the hope that he brought to my world just end? How could I not spend the rest of my life kissing his face? How is this even fair? How is life so cruel?

I had no answers. Just the cold silence of death and the sobs that racked through my body. But I had one word: free.

He was free. I had to cling to the hope of Heaven, the hope that I would one day see Jesus face-to-face, and with him would be my boy, waiting for me.

Years in a toxic home, and I stayed quiet. After his death, my best friends approached me and told me it was time to get out, to take my older son and have a fresh start. I couldn’t see my own two feet through the fog of grief that threatened to swallow me whole, but after a few months, I leapt in to the unknown anyway.

I spent months surviving, moving robotically, with sheer determination to be a present and loving parent for my two-year-old boy. I held a fire within me to bring every last ounce of good from Charlie’s life, a reckless mission, and I didn’t even know what I was doing.

I just let my heart bleed with abandon, and I didn’t care who noticed, because it was Charlie who taught me that when you bleed, you can bleed love and grace.

We only had spoken once since the fateful conversation on day 198. I sent her an email two months after, and I told her that I didn’t blame her, that I would forever cherish her and be so thankful for the way she loved and cared for my son, checking in on him every morning, visiting him just to see his beaming smile. When we spoke again, I told her that my marriage was over, that I got out. I’ll never forget her words. “Isn’t it funny that in the end, you and Charlie saved each other.”

The autumn leaves crunched beneath my feet. A whole year had passed, and as I breathed in deeply the cool air, it didn’t taste as bitter as it did one year ago when it filled my lungs on the way to the funeral home. A year.

The one year anniversary of his death knocked me flat. For one month I hid, suddenly terrified by the pain and the emotions I was feeling. I felt life coursing through me for the first time since I last held him, but as the floodgates opened, the pain riddled my body, as well.

I winced. I was too afraid, too battered and bruised. I was terrified of feeling the pain, so terrified that I would rather have numbed myself to all feelings, even the good. I just didn’t know if I could take it. I explained to him how I had spent a year gathering the pieces of my life back into my hands, kneeling on the ground, squinting as I carefully picked up each one, fearful and afraid that they might fall again.

I swallowed hard, trying to keep at bay the warm rush of tears that were threatening to flood my eyes. Somehow, these pieces I held, like shattered glass, the broken parts of my heart, surprised me as the light caught them, and they glimmered back, the color dancing in the sun.

He is free. The words inscribed on my chest remind me that he is okay. He is in Heaven, whole and healed, and waiting for me. But I’m still here, and my heart still beats.

I laid awake one night, shortly after the first anniversary of his death, with words and sentences echoing through my head. In the end you saved each other. Free. This was his final gift to you. Free. It’s okay to come alive. Free. All the while the pounding of my heart filled my ears.

And like slowly waking up from a dream, my vision realigned, and I could see. The little boy who wrecked my world with love and left me picking up the pieces as he went was one of my greatest gifts.

He saved me when I didn’t even know I needed saving, and that’s how God orchestrated it all. He gave me more than I ever could have given him, but that ‘last’ day wasn’t his final gift. For over a year, the gifts have continued to come, and there’s no end in sight.

As long as I live, the world will still quake from the impact of his days, because that’s what happens when love lives on in spite of death. Nothing is wasted. Life arises from the ashes. Redemption comes like a flood.

And so, with a deep breath, I opened my eyes and leapt into the unknown. I jumped and threw in my whole heart, my whole self, not holding back, but clinging like hell to faith, hope, and deep, deep love.

All for the little boy who broke free from this world and unlocked my cage as he went.

For him. For Jesus who holds him for me. For them, I am coming alive.

This post originally appeared in The On Coming Alive Project. The On Coming Alive Project is movement of people rising from the ashes and coming alive.The project features a diverse group of stories on the topics of abuse, addiction, death, depression/anxiety, divorce, domestic violence, illness, rape, and suicide. On Coming Alive was created as a platform for those who have suffered to share their stories of survival and their wisdom with the world. Read more stories of rising from the ashes and coming alive here.

Lexi Behrndt is the founder of Scribbles and Crumbs, The On Coming Alive Project, and The Charlie Sawyer Project. She is a single mother to two boys— one here and one in heaven, a freelance writer, and a communications director. Join her on Facebook, Instagram, or Twitter.