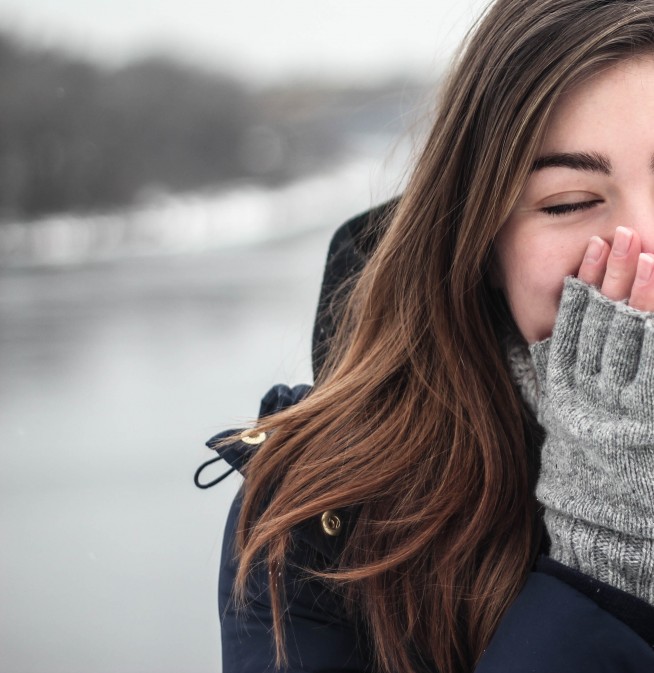 “People are going to think you’re gay,” my elementary school teacher told me in front of the class. I laughed a lot in class and she told me to watch out.

“If you laugh like that in high school, people will think you’re flaky.”

Thanks for the tip.

Somewhere along the road, the fun was squeezed out of us and put into a time-box. Buried under the earth until we excavate it in some mysterious future.

Or, “Once I move to Paris I can start painting!”

Or, “Once I retire, I’ll FINALLY start to relax.”

We have to pay bills. We start worrying about so and so that doesn’t like us. And on and on.

When really, the only time to be happy is right now. People tell me, “But shouldn’t I strive for success?”

Of course you should! But be happy, today.

Like this one by Mitch Hedberg: “I once saw a forklift lift a crate of forks. And it was way to literal for me.”

Or this one by Louis CK: “I’ve never gotten laid cause of the way I look. I’m the guy that women see and they go…’eh?’ And I’m like, ‘I know, but let me just talk to you for a minute.’”

I try to watch standup comedy every day. It makes me laugh. Laughing releases endorphins and oxytocin and it makes me feel good.

I’m sometimes that miserable person walking on the street. Searching for a “why?” in the faces of all the people that don’t seem to care.

So I passed around jokes all day to brighten people’s day. One guy laughed as he kept on walking.

“Thanks, I needed this today,” said someone else.

Another guy balled it up and threw in the trash.

Most of the jokes were from Louis CK. I once saw him perform live in Milwaukee. I’ll never forget it. I’ve seen everything he’s ever created.

As a result, I’ve learned quite a bit from him. From his jokes to lessons on life.

Here are 13 things he taught me about being human. And I hope you laugh today.

One of the things that make Louis CK great is his love for experimenting.  In an interview, he said, “I like to think of myself as a scientist. What would happen if I do something differently?”

One of the ways he experimented was selling his stand up special for $5 straight on his website.

He said, “I made it easier to buy it than it was for people to steal it.” No one had done that before.

A lot of times, I’m afraid to try new things. Afraid to experiment. What if I fail? I have to give myself permission to experiment.

Experiments are what turn uncertainty into magic. And loneliness into love.

2. Go Where Your Customers are. Ignore everybody else.

When he has something new he wants to share with his audience, he simply sends an email to his email list.

He doesn’t put up a commercial or ads interrupting everyone who doesn’t care or know about him.

He doesn’t really do any other type of promoting. He’s successful because exactly the people who care about him know what he’s doing.

And they spread the word for him.

I once tried to cold call ten people and ask them if they wanted to buy a subscription to Time Magazine. They all said no. One even yelled at me.

When you interrupt someone without their permission, they’ve already judged you before you’ve even said “hello.”

A great marketer named Seth Godin wrote a great book called Purple Cow. He talks about how if we are to survive in business, we have to be remarkable.

When you’re driving down the road and see cows, you hardly notice them. But if there were a purple cow, you’d notice it. A purple cow is remarkable.

His show “Lucky Louie” was canceled. That’s because it was too much like every other sitcom out there. It even had that annoying laugh track after every joke. We can figure out the jokes for ourselves, thanks.

His new show “Louie” on FX was different. He wrote, edited, directed, and starred on the show.

Because he had so much freedom with it, he decided to do it his own way. It’s now onto its sixth season.

Fitting in feels safe. To do things like everyone else, feels safe. But that’s the most dangerous thing to do.

Louie was about to give up. He had been doing stand up for ten years and it wasn’t going anywhere.

It wasn’t until he started talking about his family and personal problems on stage that he started finding some success.

“It connected with people in a big way,” he said.

We’re all human. We all just want to be loved.

Life is hard, lonely, and cold and we all want to feel a little bit warmer when we go to sleep at night.

I don’t like to let people have too much control over my own happiness or success.

Louis CK knows that. Instead of letting Ticket Master sell his tickets (and raising it’s prices) he sold them on his site instead and kept prices low.

Some venues don’t allow you to perform if you don’t use Ticket Master because they have a deal with them. But he didn’t let that stop them. He instead went to the venues that would accept him.

He also recently filmed and created a new show called “Horace and Pete” and released it right to his email list.

Many people would say they need a big production crew, lots of money, the best cameras, etc.

Louis just picked up a camera and started filming.

No more excuses. Stop waiting for someone to pick you. Pick yourself.

Louis had been performing the same material for over ten years. He had just kept repeating his jokes over and over.

He wasn’t going anywhere and was about to quit. He sat in his car depressed after a show and was listening to George Carlin on the radio.

George Carlin said he threw out his old material at the end of every year and started from scratch the next.

“When you find something that works, it’s hard to chuck it and start fresh,” Louis said.

When he’s creating new standup material, he doesn’t know what’s going to work and what is. So he tests it by failing.

He goes into many comedy clubs and just fails until he knows what works.

Then he takes what works and uses it for his new standup special.

He says, “A comedian is the oddest job in the world because you only succeed by failing.”

“People that need to feel like a star and like they’re succeeding every time will not ever get better. But if you are willing to feel bad, do badly, have a stale, boring version of yourself out in front of everybody, you can find this stuff in the muck that’s very useful,” he says.

Failure has made me cry. It’s given me bruises, scars. It’s made me question. But it’s never killed me. I have to remember that.

I live to fail another day. And if I’m lucky, I’ll succeed as well.

The TV network, FX, approached Louis. They wanted him to make another show. He said, “I’ll do it, on one condition.”

“I don’t want to tell you what the show’s going to be about. Just give me the money and I’ll make the show.”

He was doing standup on the road and loving it. He wasn’t really interested in making another show. So he had all the confidence in the world to say “no.”

Eventually, FX gave in and gave Louis complete control over the show. He tells FX what the episode is going to be about, hours before it goes on the air. They don’t even know who’s going to be in it.

I’ve often said yes to bad relationships, bad jobs, bad people. And all the time, I knew I should have said no.

We live in a culture where we think we have to say yes to everything.

Sometimes, things turn into magic when you say “no.”

Louis says, “It takes about twenty years to make a good comedian. The first ten years is just you bombing and learning how to tell jokes. The next ten are you honing your skill.”

Isaac Asimov wrote 400 books. The movie iRobot, starring Will Smith, was based on one of his books.

Most of the other 399 books no ones’ even heard of.

But the key is that he woke up at sunrise and started writing every day until noon. He was persistent.

What is it that you want to accomplish?

Or about how our phone is too slow when the technology is amazing.

Or about how we complain about delayed flights when it’s a miracle that we’re sitting on a chair in the sky.

When things go bad, I tend to be anxious about the future. Or I often regret past mistakes.

The past is gone and the future is uncertain.

11. Don’t Take Yourself Too Seriously

We live in a culture now that gets offended by everything. We have to constantly watch what we say because a word might be offensive to some group.

Louis runs into this in his stand up all the time. But he doesn’t care. He talks about whatever he feels needs to be said.

He says, “It’s a positive thing to talk about terrible things and make people laugh about them.”

In the end, we’ll all be dead. Much better to laugh at what hurts us than to pretend it doesn’t exist.

When he was seventeen, he tried standup for the first time. He bombed so badly, that he went into hiding and didn’t try standup again for years.

He was letting the fear control him.

When he tried standup again at nineteen, he bombed again. Until he got a little better on his third try.

We have to learn to dance with fear. Because it will never ever go away. Every one says not to be afraid. That’s bullsh*t.

You can’t make it go away. So better to learn to dance with it.

Just like we can’t handle the possibility of uncertainty.

Louis CK embraces tension by going out and risk bombing every show. They could not laugh at his jokes. And there were times when no one did.

But it didn’t matter to him. He learned from the times it didn’t work and bettered his chances the next time.

Once you embrace tension, magic becomes a possibility.

Efrain Martinez is a marketer and writer who in 2015 was so stuck that he set out on a quest to do one thing that got him out of his comfort zone for 100 days. Through that quest, he appeared on Shark Tank, got fired, received an altMBA, and many other things. He writes about what he learned and other great things at EfrainBlog.com.