What If You Could Meet Pain and Fear With Love? 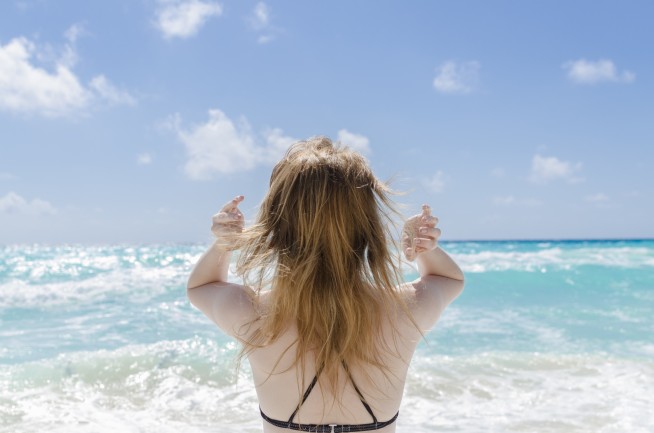 “Just breathe,” I whispered to myself.

Sitting on a bench just off a hiking trail, I watched the cars speed by in the valley below. Just ten minutes earlier I had been in one of those cars driving home from work, my mind a mess. It was just one of those days where the little things were getting to me. It was the kind of day where it seemed that nothing was going the way it was supposed to.

That day hurt to be in.

Why does this day hurt so much?

Something called me to that trail, but I couldn’t put my finger on what it was. I had never even thought of visiting this trail before that moment.

What am I even doing here?

This whole scenario was not like me. Usually, I power through. I get my game face on and jump in with a quick fix before I even give it a chance to play out.

I’m not always so good at being there when it hurts. Cover it up. Bury it. Blame it on someone else. Anything but be there.

Sitting on that bench, I could see my little corner of the world unfold beneath me. I watched the cars on the road where I had just been.

I watched the people going about their day just as I had been moments before. People, just like me, each on their own path.

“This path is hard right now,” I stated simply.

These were supposed to be the best years, right? I was supposed to be soaking it all up and enjoying it while I could because it would be gone in a flash. Isn’t that what everyone kept telling me?

But it didn’t feel that way, and I had refused to let anyone know.

I don’t always leave breathing room for the pain. Instead, I create jagged edges so that I must hold my breath because any wrong move could be incapacitating. Or maybe I’m just afraid that it would be.

What do I do with the parts that hurt? Someone tell me because they really, really hurt.

This actually was peaceful, pain and all. At that moment I wasn’t anything, anyone, or anywhere in particular. I just was.

“Then bring love,” I countered.

Now, this was really not like me. Bringing love is not something I usually do. At least not to myself, and certainly not to pain.

But what if I did?

What if those things that aren’t going as they are supposed to and the parts of me that I don’t like so much could be the parts that I offer the most love to?

Those are the parts that really need it. They don’t need criticism or deadlines. They need room to breathe and heal.

Where I’d been driven to avoid needed me to bring acceptance.

Where I’d been pouring discipline needed me to bring devotion.

But what happens if I do?

Somewhere inside, an alarm blasted. I was afraid that if I did bring love to this situation that nothing would change. Or maybe I’d look foolish.

Isn’t it foolish to just accept and trust? Shouldn’t I be putting up a fight?

Or would it be the most courageous thing I could do? I pondered this for a minute.

It would be courageous to take a stand for myself when I’ve fallen.

It would be daring to hear myself when it feels like no one is listening.

It would be heroic to love myself when I’m afraid that I may be unlovable.

It would be brave to trust myself when I fear that I am lost.

And it would be strong to let go when every fiber of my being tells me to hold on tighter.

All of the things that I normally do that don’t bring peace aren’t crazy. They come from fear. They’re just trying to help.

Sometimes life does bring pain. People leave you. You don’t always know what happens next. You can’t read minds, and you sure can’t control them.

It is only natural to want protection from that.

Right then I saw that even my fears deserved my love as much as a child frightened by a nightmare deserves a loving, gentle hand on her back.

Maybe this is where peace comes from. Not from steamrolling through pain and fear but by meeting them with love.

Embrace and comfort the parts that hurt rather than blaming, pushing them away, or bottling them up. Even in those times that really weren’t supposed to go this way.

When I thought of it this way, I could actually process those parts. I could see just how much space they had been taking up that day.

When I brought love, I recognized that the pain was never about the little things but about the big things that begged for my attention.

Bringing love to the situation also meant that I could be nice to myself about the whole thing. Maybe I had been feeling off, and maybe I hadn’t been handling this flawlessly. Maybe I had even been a little self-absorbed. Or whatever.

Sitting on that bench, I gently reminded myself that I don’t need to be anything, anyone, or anywhere. I just need to be.

I loosened my grip and took a breath. And then another.

“I will bring love.”

And with that final word, I stood up and drove home.

Leslie Ralph writes at A Year of Happy where she combines her years of training and practice as a psychologist with the lessons she’s still learning as a working mom. Her mission is to teach working moms real-life tips for happiness and self-care, even when there’s only 10 minutes to spare. Each month, she tackles a new topic inspired by life as a mom, positive psychology, and meditation. Stop by http://www.ayearofhappy.com/revitalize/ to download your free 2-minute revitalizing meditation.