How to Stop Taking Heartless Criticism to Heart 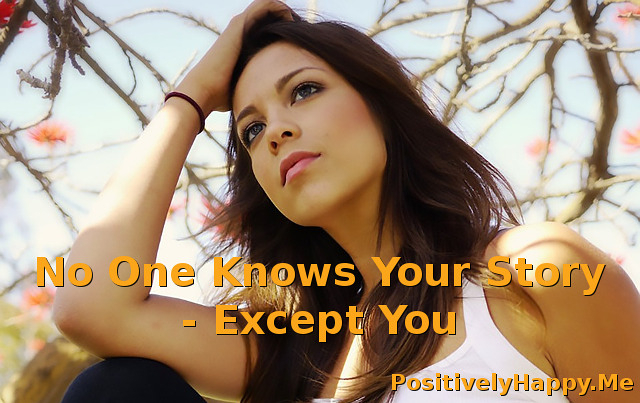 Please no, don’t criticize me.

Because the wounds caused by harsh words don’t heal easily, if at all.

Scornful words slash your self-esteem apart, leaving you with an open wound, brutally exposed for more disdain and salt to be poured on.

Why can’t they see that?

For one reason only…

They Don’t Know Your Story

That’s why they misunderstand and misjudge you. And it’s why they don’t see how truly amazingly you’re doing. And how incredibly far you’ve already come.

Because you also know the other truth – that they have only played a cameo role in your whole Story. Embarrassingly, they believe they’ve been a central character from page one when in reality they are little more than a footnote.

There is only one central character in your Story. Only one who was there on the first page and will be there on the last – you.

And only one hero.

Because true heroes and heroines come from within, not without. Others may aid and abet you, they may turn up at the crucial moment and give you the strength or knowledge to carry on to the next stage of your journey.

But when you reach that last page and look back, you’ll find that all those fairy tales lied. The hero or heroine never rode in on a white horse, they were there all the time.

It was you. You are the hero of your Story.

No One Is The Hero Of Your Story But You

I used to cringe, curl up and cry when others criticized me. Running over and over their harsh words, berating myself, beating myself up.

And then one day it hit me, hard. That day some self-appointed, self-esteem assassin took a vicious swing at me for being ‘pathetic’.

But rather than those heartless words slaying me, they invigorated me. You know, I’ve never had such a wakeup call!

Sure I avoid unnecessary conflict, who likes conflict except bullies? But I was never ‘pathetic‘. I’d come through stuff they’d only read about. I’d stepped up, hung in there. Damn it, I’d done an incredible job of being resilient and bouncing back, so good that outwardly they had no idea of where I’d come from.

I’d been my own unsung hero.

But they weren’t there. They knew nothing. They didn’t know my Story.

And sometimes you just can’t tell even part of your Story because it would fall on deaf ears. Or worse, unsympathetic or unfriendly ears.

And maybe you’re working hard to move on from that chapter, determined not to dwell on it, not to let it define you.

No One Knows Your Soul But You

No one, not even your parents can claim to know who you were born to be.

Next time some petty fault-finder criticizes you harshly or wrongly, ask yourself have they any true concept of the small, blinking bundle you popped into the world as? Do they even recognize your ‘innate characteristics’, your very core?

Do you they label your natural empathy, your highly sensitive nature as ‘overly emotional‘ or even ‘pathetic‘?

Do they misjudge your natural introversion for diffidence?

Or your natural confidence for arrogance even?

Have they any inkling of your rich, inner life?

The early chapters of my own life were so chaotic and tempestuous that the introvert in me took refuge in anything quiet, stable and serene. This coping habit fooled others into thinking I was dull, over-cautious, even unadventurous. But just because I wasn’t a loud, brash attention seeker or the life and soul of every party, didn’t mean I was dull. I was just different.

And different is good.

The person they think they know is the one you wear outside. They’ve no perception of who you are inside.

No One Knows All Your Struggles & Triumphs

Most grumblers and moaners criticizing you weren’t around for the critical, opening chapters of your Story. They’ve come in half way through, arrogantly thinking they have a good idea of the person you are, the character they see you as.

Their hasty summary doesn’t contain all the pages of your personal struggles that have shaped the unique person you are today. They don’t know the triumphs and failures, the ecstasy and the heartbreak.

Your history is a mystery to them, more missing pages in the story they’ve tried to double-guess – a sketchy outline at best.

And your inner battles probably wouldn’t make any sense to them even if they did know. Your phobias or hang-ups may be their loves and likes. Your fears, their desires.

For me, having friends used to be my biggest fear. Sounds ridiculous I know but I was scared of people getting too close. When I was younger, being popular was everyone else’s goal, not mine.

But the heartless remarks that flowed my way wouldn’t have stung so much if I’d known then what I know now – it’s ok to be different, to have private pages of your Story written in invisible ink, for your eyes only.

We all have secrets.

You’ll have secrets you’re not ready to share, maybe they’ll never be for others to know. You’re the unique person who you are in part because of them, and that’s fine. It’s an integral part of the richness of your Story.

Only You  Know Where You Are Right Now In Your Journey

Nothing in life stands still, and that includes you. Everything is in motion, including the ink spilling onto the pages of your Story as it is written.

But imagine letting a book fall open at a random page and then trying to guess the plot and the motivation of the main character from that one page. Fun, but impossible to do.

Equally, critics see you standing on a specific spot, ignorant of the roads that brought you there or those you’re about to follow. Ignorant that the ‘you’ they are seeing today may not exist tomorrow as you change and grow. They think this is the ‘final’ you, as if your story had already come to an end.

But they  are wrong…

No One Knows Where You’re Heading

What other people think of me is none of my business. – Wayne Dyer

My previous co-workers thought of me as a play-it-safe, toe the company line employee with few aspirations. But that was a previous me, before I sold everything I owned and moved abroad to swop the safety of a career in education for the life of a digital nomad. And now that ‘me’ has changed again.

So next time someone misjudges you or wrongly criticizes you, just look over your shoulder.

Because they must be talking about someone else.

Nothing in what they’ve said has any bearing on you. And even if you recognize a small element of truth, their overly critical words aren’t going to support or nurture you in your journey.

Don’t be too harsh on them however. They don’t know your Story remember, so let their heartless words fall on your page and then simply rub them out – erased, deleted – gone.

After all, their opinions, their carpings are none of your business. Your business is to keep on writing your unique story – part romance, part suspense, all adventure, all blockbuster  – whatever you want it to be, it’s your Story.

And there are plenty of people along the way who’ll recognize the wonderful personality you were born with, even if they don’t know the struggles you’ve overcome to arrive where you are today and the awesome future you’re creating.

Because no one can know all your Story, not even you.

Because your Story’s only just begun.

And the best is yet to come…