Don’t Let People Tell You That You Can’t Dream 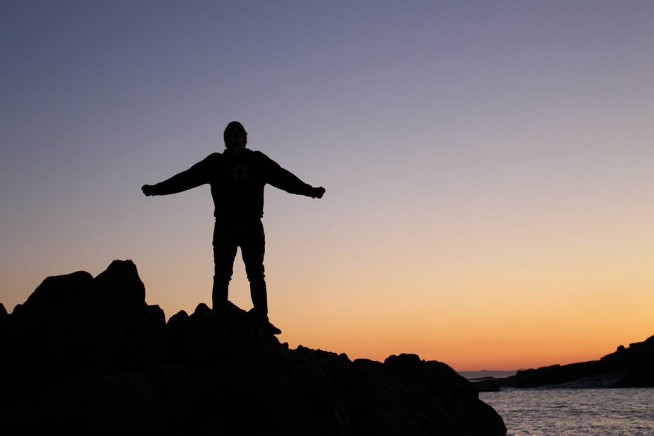 Do you have a dream that you want to achieve?

I’m sure you do, because everyone grows up with a dream that they want to achieve. Everyone has ambitions, goals and hopes. It’s an integral part of life.

But you might have encountered a lot of people who tell you that your dreams are impossible, that you have to be realistic, and that you shouldn’t think too much about the things you want to do.

This is strange, because you are taught in schools that you should be proud of having dreams, yet the world around you does not seem to be supportive of your dreams.

It’s a conflicting feeling, and it’s perfectly normal to be confused and lost. After all, you’re getting two different messages, and people tend to give up their dreams and carry out their lives normally. It’s the easier of the two messages, and everyone loves easy things.

You’re more than capable of achieving your dreams, no matter what people tell you.

I’ve heard a lot of arguments against achieving your dreams, but to me, none of them make actual sense. This is coming from someone who once listened to people and sacrificed my dreams and individuality just because it was easier and I wanted to fit in.

With the help of books, a mentor and my friends, I started believing in myself again. I started to dream, and I couldn’t feel happier or more proud of myself. I’m taking steps towards my dreams, and I would like to encourage others to do the same.

What I’d like to do is look at what people will say to convince you to give up on your dreams, and then tell you why you should still keep dreaming anyway.

Because life is too long to let other people tell you whether you can dream.

It’s Impossible, You Can’t Do It

I’m sure you’ve heard it before. It’s impossible to achieve your dreams. It’s not realistic. You need to think about what you can actually achieve. You need to stop dreaming.

These are some of the statements I’ve heard when I told people that I wanted to change the way people looked at communication. Sometimes they weren’t even phrased like that, but the meaning stayed the same. I’m sure you have heard similar statements before, or even said them to other people.

I was told that people wouldn’t change their minds, that there was only one way to learn how to speak better, and that people “wouldn’t be interested”. It was very demoralizing, and sometimes I wondered if this was even something worth pursuing.

People are naturally afraid of impossible odds. They represent something that cannot be overcome. This was very useful when we were in a time where we had to fight for our survival. We wouldn’t risk our lives and the people around us doing something silly.

Thankfully, you and I live in a world that isn’t surrounded by threats. Your fear of not being able to succeed against an obstacle isn’t going to kill you. Now, your fear is making a fool of yourself and losing the people around you. You don’t want other people thinking you are crazy and losing their company.

But I’d like to question that. What’s wrong with being crazy? I’m not talking about the capacity for immoral thoughts. I’m talking about crazy in the sense that you think you can fight against the odds.

The list goes on and on. But we wouldn’t have some of these inventions that we take for granted if people stuck to what was possible. These believed that one day, they could make the impossible possible. They didn’t give up on themselves. And eventually, they succeeded.

I’m sure to everyone else at the time, they were out of their minds. They were trying to do something that no one else had done before. You can bet they faced a lot of ridicule and mocking. But they didn’t let that get to them. They loved what they did and wanted to achieve their goal.

Your dreams will certainly look impossible now. If you share them with other people, you will probably be told that it’s impossible as well. You also won’t know how to turn the impossible into the possible right from the start.

That’s perfectly fine. Just because it hasn’t been done before doesn’t mean it can’t ever be done. If you stick to your dreams and never stop trying, you might find the answer you’re looking for.

Many People Tried, And Failed. How Are You Any Different?

Perhaps your dream isn’t uncharted territory. Maybe you’re wanting to do something special to you, like work in a dream job or start your own business. Or maybe you want to win a competition that will make you known all over the world.

You plan your way to success, because you’ve got role models who have achieved what you wanted to achieve. You study, prepare and train yourself, but other people tell you that the statistics aren’t in your favor.

When I studied business in university, I was told that approximately 90% of businesses would fail within the first year, and another 90% would fail in the second year. That staggering amount of failure surprised me. A lot of people around me started re-thinking their plan to open their own business.

As I tried to refine my plan with other students, many people saw my plan and thought that my business was definitely going to fail within the first year. The logic? So many businesses fail, why would mine succeed where others failed?

Hearing that as a student was definitely discouraging. It also didn’t help that as a university student looking for a job, it was much easier for me to focus on a job that I had a higher chance of getting than working on a business that would most likely fail.

It is certainly tempting to see the failure of others and realize that you might end up like them.

But then, it could also be true that you could see the success that others failed to achieve.

Yes, the failure rate might be high. Yes, it’s probably easier to go and do something else. And yes, it’s certainly discouraging to know that you might not succeed.

But who’s to say that it won’t be you that succeeds?

Just because other people failed doesn’t mean that you will. And even if you don’t reach your goal the first time, what’s stopping you from trying again? It’s not as if not having a successful business the first time will cost you everything. It’s not like losing a competition means you can’t compete again.

Besides, there are many reasons why other people fail, some of which may not apply to you. People fail due to their own reasons. If you haven’t even tried yet, why would you let other people’s failures hold you back?

Instead, learn as much as you can from them. Look at their successes, avoid their failures and you might be the one succeeding where others failed.

Your Dream Is Silly, What’s The Point?

But sometimes, people tell you that your dreams are silly. That they are too ordinary and aren’t worth pursuing. They tell you to grow up and to be realistic.

Why would your dream be silly though? Just because someone doesn’t see it the way you do doesn’t mean your dream is ridiculous.

Every dream is unique to a person. It’s your dream for a reason, not someone else’s. The value you put into achieving a dream just has to be what you consider valuable. Other people can comment on your dreams, but that doesn’t make it any less meaningful or significant.

One of my dreams is to be a good father. I’d love to have a successful business that would give me the income to be a stay-at-home dad and be there for my future children.

When I told other people about that dream, I heard a lot of laughter. People were confused. Why would I want to be a stay-at-home dad? Shouldn’t my dream be something like being famous or climbing the corporate ladder?

But to me, being there for my children is far more important than having a career. Maybe I don’t have to be a stay-at-home dad to do that, but I feel it’s the best way for me to do so.

Sure, other people think it’s ridiculous. But I don’t care. Maybe they don’t see the value in it, but I do. And when it comes to my dreams, it’s what I feel about it that matters.

You might have really simple dreams that don’t push the boundaries of human potential. Other people might think you’re not doing anything significant with your life. But as long as you are working towards the dream you want to achieve, that is commendable in itself, and you shouldn’t stop.

Everyone has a different definition of success. Just because your definition is different from mine doesn’t mean that I’m right and you’re wrong. It just means we value different things in life.

It’s your dream, and it’s important to you. No matter how silly it may be, it’s yours to achieve and it’s what will make you feel that you have succeeded in life.

Life Is Too Long To Not Dream

You often hear the phrase “life is short”, which means that life will pass you by and soon you will find yourself on your deathbed wondering where the time went.

It’s also a lot of time to just sit around doing nothing, or doing what everyone else is doing. If you do that, then life certainly does seem short. After all, you do the same thing over and over again. You will feel numb to the passage of time.

But when you work on something you enjoy, time slows down, and you enjoy every moment of it.

If your dream looks impossible, that’s fine. Don’t give up, and you can turn it into reality.

So other people failed trying to achieve their dream.

Maybe your dream sounds silly. But it’s your dream, and that’s what matters.

It’s never too late to dream, and you are always capable of making your dreams come true.

You just need someone to tell you that, and then you will realize how special you are.

If you’re unsure about your dream, let me know in the comments. I’ll support you and help you find your confidence.

Victor Tan writes to helps people overcome their weaknesses to be a better public speaker. He does this by helping people with self-improvement and teaching them proper speaking techniques. You can find him at his website, Spirit On Stage, Facebook and Twitter.