Doing the Work Is Enough: Stop Letting Others Dictate Your Worth 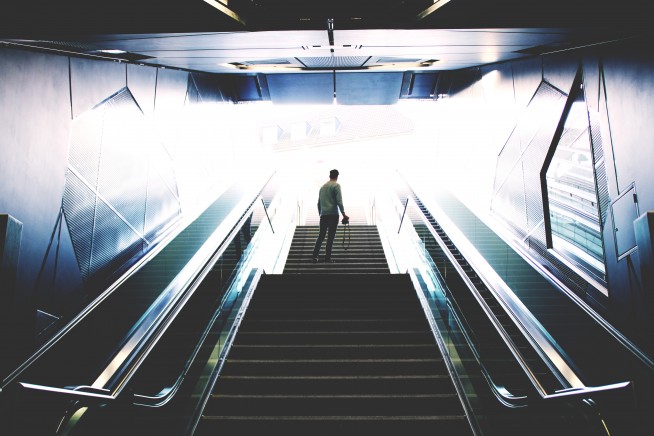 Belisarius is one of the greatest yet unknown military generals in all of history. His name has been so obscured and forgotten by history that he makes the under appreciated General George Marshall seem positively famous. At least they named the Marshall Plan after George. As Rome’s highest ranking commander under the Byzantine emperor Justinian, Belisarius saved Western civilization on at least three occasions. As Rome collapsed and the seat of the empire moved to Constantinople, Belisarius was the only bright light in a dark time for Christianity.

He won brilliant victories at Dara, Carthage, Naples, Sic­ily, and Constantinople. He saved a cowardly Justinian from a riotous mob. He reclaimed far flung territories and recaptured Rome for the first time since it fell—all before he was 40.

His thanks? He was not given public triumphs. Instead, he was repeatedly placed under suspicion by the paranoid emperor he served. His victories and sacrifices were undone with bad politics. Later, he was relieved of command. His only remaining title was the deliberately humiliating “Commander of the Royal Stable.” Oh, and at the end of his illustrious career, Belisarius was stripped of his wealth, and according to the legend, blinded, and forced to beg in the streets to survive.

Historians, scholars, and artists have lamented and argued about this treatment for centuries. Like all fair­ minded people, they’re outraged at the stupidity, the ungratefulness, and injustice that this great and unusual man was subjected to. The one person we don’t hear complaining about any of this? Not at the time, not at the end of his life, not even in private letters: Belisarius himself.

Ironically, as the head of the army he likely could have taken the throne on numerous occasions, though it appears he was never even tempted. While the Emperor Justinian fell prey to all the vices of absolute power—control, paranoia, selfishness, greed—we see none in Belisarius. Belisarius just did his job. He did it well. That was enough for him.

In life, there will be times when we do everything right, perhaps even perfectly. Yet the results will somehow be negative: failure, disrespect, jealousy, or even a resounding yawn from the world.

Depending on what motivates us, this response can be crushing. If ego holds sway, we’ll accept nothing less than full appreciation.

A dangerous attitude because when someone works on a project—whether it’s a book or a business or otherwise—at a certain point, that thing leaves their hands and enters the realm of the world. It is judged, received, and acted on by other people. It stops being something he controls and it depends on them.

Belisarius could win his battles. He could lead his men. He could determine his personal ethics. He could not control whether his work was appreciated or whether it aroused suspicion. He had no ability to control whether a powerful dictator would treat him well.

This reality rings essentially true for everyone in every kind of life. What was so special about Belisarius was that he accepted the bargain. Doing the right thing was enough. Serving his country, his God, and doing his duty faithfully was all that mattered. Any adversity could be endured and any rewards were considered extra.

Which is good, because not only was he often not rewarded for the good he did, he was punished for it. That seems galling at first. Indignation is the reaction we’d have if it happened to us or someone we know. What was his alternative? Should he have done the wrong thing instead?

We are all faced with this same challenge in the pursuit of our own goals: Will we work hard for something that can be taken away from us? Will we invest time and energy even if an outcome is not guaranteed? With the right motives we’re willing to proceed. With ego, we’re not.

I released my book today. An unexpected news story could interrupt the scheduled media and drown out everything I had planned. Amazon.com could go down. Some critic with a bone to pick could attack me and others might follow their lead. There is so much outside of my—outside of all of our—control. If my happiness is dependent on those things going my way, then I have made a momentous and dangerous gamble.

It takes humility to admit that we have only minimal control over the rewards for our work and effort—other people’s validation, recognition, rewards.

Think of all the activists who will find that they can only advance their cause so far. The leaders who are assassinated before their work is done. The inventors whose ideas languish “ahead of their time.” According to society’s main metrics, these people were not rewarded for their work. Should they have not done it? Should they not be kind, not work hard, not produce, because there is a chance it wouldn’t be reciprocated? C’mon.

Yet in ego, every one of us has considered doing precisely that. Wanted to say: “F*ck ‘em, they don’t appreciate me anyway.”

It’s far better (and more resilient) when doing good work is sufficient. In other words, the less attached we are to outcomes the better.

When fulfilling our own standards is what fills us with pride and self respect. When the effort—not the results, good or bad—is enough.

With ego, this is not nearly sufficient. No, we need to be recognized. We need to be compensated. Especially problematic is the fact that, often, we get that. We are praised, we are paid, and we start to assume that the two things always go together. The “expectation hangover” inevitably ensues.

It calls to mind the encounter Alexander the Great and the famous Cynic philosopher Diogenes. Allegedly, Alexander approached Diogenes, who was lying down, enjoying the summer air, and stood over him and asked what he, the most powerful man in the world, might be able to do for this notoriously poor man. Diogenes could have asked for anything. What he requested was epic: “Stop blocking my sun.” Even two thousand years later we can feel exactly where in the solar plexus that must have hit Alexander, a man who always wanted to prove how important he was. As the author Robert Louis Stevenson later observed about this meeting, “It is a sore thing to have labored along and scaled arduous hilltops, and when all is done, find humanity indifferent to your achievement.”

Well, get ready for it. It will happen. Maybe your parents will never be impressed. Maybe your girlfriend won’t care. Maybe the investor won’t see the numbers. Maybe the audience won’t clap. But we have to be able to push through. We can’t let that be what motivates us.

Belisarius had one last run. He was found innocent of the charges and his honors restored—just in time to save the empire as a white haired old man.

Except no, life is not a fairy tale. He was again wrongly suspected of plotting against the emperor. In the famous Longfellow poem about our poor general, at the end of his life he is impoverished and disabled. Yet he concludes with great strength:

This, too, can bear;—I still Am Belisarius!

How do you carry on then? How do you take pride in yourself and your work? John Wooden’s advice to his players says it: Change the definition of success. “Success is peace of mind, which is a direct result of self satisfaction in knowing you made the effort to do your best to become the best that you are capable of becoming.” “Ambition,” Marcus Aurelius reminded himself, “means tying your well-being to what other people say or do . . . Sanity means tying it to your own actions.”

That’s all there needs to be.

Recognition and rewards—those are just extra. Rejection, that’s on them, not on us. John Kennedy Toole’s great book A Confederacy of Dunces was universally turned down by publishers, news that so broke his heart that he later committed suicide in his car on an empty road in Biloxi, Mississippi. After his death, his mother discovered the book, advocated on its behalf until it was published, and it eventually won the Pulitzer Prize.

Think about that for a second. What changed between those submissions? Nothing. The book was the same. It was equally great when Toole had it in manuscript form and had fought with editors about it as it was when the book was published, sold copies, and won awards. If only he could have realized this, it would have saved him so much heartbreak. He couldn’t, but from his painful example we can at least see how arbitrary many of the breaks in life are.

This is why we can’t let externals determine whether something was worth it or not. It’s on us.

The world is, after all, indifferent to what we humans “want.” If we persist in wanting, in needing, we are simply setting ourselves up for resentment or worse.

Doing the work is enough.

This piece is adapted from the book Ego is the Enemy, published by Penguin/Portfolio.

Ryan Holiday is the bestselling author of Ego is the Enemy and The Obstacle Is The Way: The Timeless Art of Turning Trials Into Triumphs. His monthly reading recommendations – sent out to over 50,000 people – can be found here. He currently lives in Austin, TX.