The Secret to Achieving Your Biggest Goals and Dreams 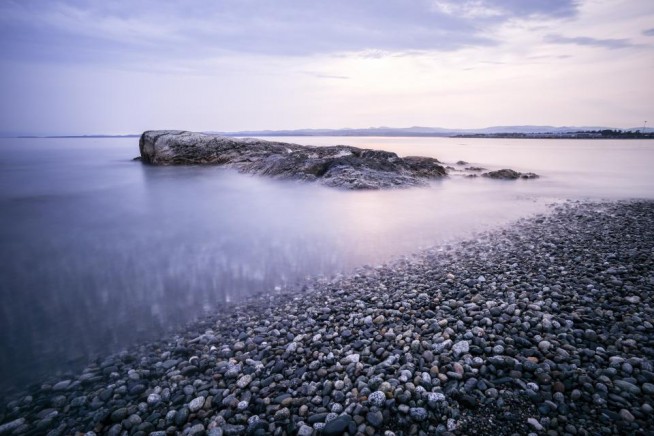 As you probably know, I have achieved an enormous amount of success in my life, and I owe it all to two things:

The first is that I have learned how to access my intuition and tune into my inner guidance, which comes from both my own subconscious mind and the Higher Power that created this Universe and wants us to thrive. I have learned how to meditate, use guided visualization, and read the kinesthetic signals from my body (what some people call “trusting your gut feeling”).

The second is that I have learned to take immediate action on my inner guidance—the quicker, the better!

The power of asking for inner guidance

Asking for inner guidance through meditation has provided me with some very powerful ideas, ones that have accelerated the rate and magnified the size of my personal and professional success.

When Mark Victor Hansen and I needed a title for the book of inspirational and motivational stories that we had compiled, I decided to meditate an hour a day in search of the perfect title. My approach was simple: I asked God to give me a title – and then I sat in silence waiting for it.

Nothing came to me the first two days… But on the third day, a green chalkboard suddenly emerged in my mind. I watched as a hand appeared and wrote the words, “Chicken Soup” on the board.

I contemplated that for a moment, then I asked what I assumed was God’s hand: “What does chicken soup have to do with this book?”

I heard, “Your grandmother used to give you chicken soup when you were sick as a kid.”

I replied, “But this book isn’t about sick people.”

This was in 1992, during the recession that accompanied the first Gulf War, and many people were indeed living in fear, hopelessness, and resignation.

I played with the title “Chicken Soup for the Spirit,” but that didn’t sound quite right, and then it morphed into “Chicken Soup for the Soul” – and I immediately got goose bumps (what Mark likes to call “God bumps”). They almost always seem to accompany an idea that is deeply aligned with what is for my highest good.

And the rest, as you know, is history.

Inspiration must be followed by ACTION

Sometimes inspirations occur without expectation or warning. Other times, we have to consciously ask for them – and then create the quiet space within ourselves to receive them.

Inspiration can strike when you’re lying in bed in a semi-conscious dream state, taking a shower, or walking along a beach or through the woods. But however and whenever it comes, it should be acted on as soon as possible.

I have come to believe that when inspiration strikes, it comes in a certain window of time that is ideally suited for the action to begin at that moment.

So once we had our divinely inspired title, Mark, our agent, and I headed off to New York City to sell our book.

Unfortunately, during the three days, we were in New York City, no one at the fifteen publishing houses we visited was as excited about our book as we were. Everyone told us that nobody bought collections of short stories and that our title was stupid. Our agent became so discouraged that he gave us the book back and said he could not sell it.

Action must be consistent and persistent

We found ourselves having to choose between believing in our dream and trusting our inner guidance or believing the naysayers in the publishing industry and trusting their judgments.

One of the secrets of success that I have learned over the years is to:

Never give up on the dreams that come from deep in your heart .@JackCanfield (Click to Tweet!)

And by this time, our dream had become more of a divine obsession. We couldn’t let it go.

So we took more action.

Over the next five months, we were rejected by 144 publishers. Eventually, we went to the American Booksellers Association Convention and walked the floor of the exhibit area for three days asking hundreds of publishers, “Will you publish our book?” It wasn’t until late in the third day that Health Communications, Inc., a little publisher in Deerfield Beach, Florida, decided to seriously look at our book. A month later they decided to publish it.

The Rule of Five

When the book finally came out in July 1993, it was not an overnight success. It wasn’t until a year later that it hit its first bestsellers list. But it was during that year that Mark and I came up with what we dubbed the Rule of Five.

We agreed to take five action steps every single day, except on holidays and vacations, to promote and sell our book. One day, we called five radio stations and asked them to interview us about the book. On another, we sent out five free review copies to book reviewers and influential people.

One of those people was the producer of the hit television show Touched by an Angel. She was so taken by the book that she required all of her writers, directors, cameramen, and other crew members to read the book. She said that the feelings generated and evoked by our stories were the same ones she wanted to create in their TV episodes. That story made it into Variety and later onto the Associated Press wire and generated thousands of book sales.

We also bought the book 1001 Ways to Market Your Book, by John Kremer, and wrote each way on a Post-it note and stuck them all on a long wall in our office. We did five of those suggestions every day. Eventually, Chicken Soup for the Soul reached number one on the New York Times list and stayed there for almost three years, selling ten million copies along the way.

Stop for a moment and ask yourself, “What are the five action steps that I need to take every day—no matter what—to achieve my number one goal?”

My last piece of advice to you is this: NEVER GIVE UP.

If we had stopped trying to sell the first Chicken Soup for the Soul book after one hundred rejections, I would not be sitting here writing this today. If we had stopped trying to promote, market, and sell the book after six months of no major results, I would not be a multimillionaire who has traveled to more than forty countries speaking and training people on the principles contained in that book and my other books.

It has taken more than fifteen years to build a brand that has generated more than a billion dollars in retail sales and has created more than twenty licensed products, including Chicken Soup for the Pet Lovers Soul dog and cat foods.

So also remember to be patient!

If you follow your heart, believe in your dreams, trust your inner guidance, take action, and persevere no matter what, you will eventually find yourself living a life far greater than you ever could have imagined.