People Pleasing Is a Non Paying Position. Remember That. 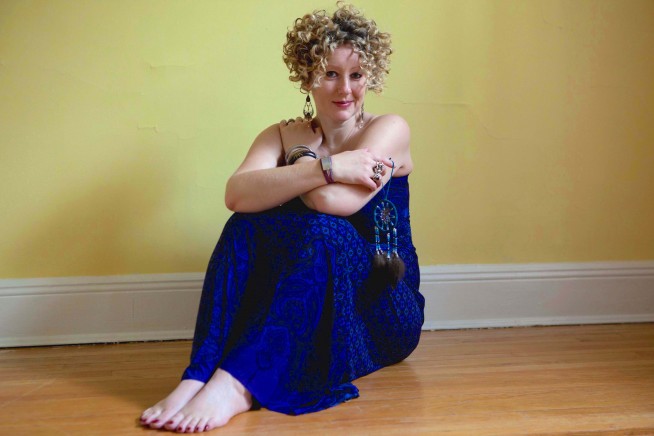 I took myself off the radar for a little while recently. Because… well, because sh*t got a little too real. One minute everything was ticking along nicely and I was doing just dandy, and then the next thing I know my mum was diagnosed with breast cancer, my cat died and everything that was going ohhh so well in my life decided to go ohhh so unwell.

That’s part of the party, right? The ups and downs. The rich mix. The detailed tapestry.

Except when you’re lying in a heap on a bathroom floor (that’s not actually even your bathroom floor) and you can’t catch your breath in between wracking sobs and messy unraveling, it sure doesn’t feel like a party.

It actually feels way more like: Get Me Out of This Hell Hole.

But this particular hell hole was clinging on to me and so I did what I always do. I wrote about it. I took all the crap and the hurt and I poured it into a post.

And then somebody, who I’ve never met before, decided to launch an attack on me on my Facebook page, telling me (and the rest of the world) that I was wallowing in self pity and what exactly was I doing swanning around NYC when I should be in London with my mum, accused me of being an “amateur poetic” and then went on to make a series of other judgments about my life.

Don’t you just love it when people give unsolicited “advice”. Or when they make huge (and hugely incorrect) assumptions about your means.

But her words hit the nerve she intended to hit. Bullseye.

I went into the other room where my husband was, tears streaming down my face, showed him the comments and asked “Is this what people think of me?”

And then, after 10 minutes and a cup of tea, I forgot the f*ck about it.

A year ago her comments would have floored me. I would have obsessed about what I was doing “wrong”.

And although her attack felt like a slap in the face initially, I couldn’t help but notice how quickly that sting subsided. Slap, what slap?

And that, dearest Brave Heart, is what happens when you place a higher value on your own worth rather than other people’s opinions.

The only reason I even thought about it today was because I saw a post from Jen Pastiloff (one of my favourite humans) where she said that someone had posted to tell her to stop sharing so many pictures of her baby.

Apparently this person felt as though Jen was somehow short changing her because she was no longer meeting the expectations that had been placed on her.

Aside from the fact that it’s completely OK for Jen to post however many pics she pleases of her OWN beautiful baby, on her OWN page, I have zero idea why anyone thinks that anyone else is responsible for their posting pleasure. Don’t like what you see? Follow another page. Simples.

As I read Jen’s reminder to be who WE are rather than play a part in the story that someone else has made up about us, I remembered the woman who had criticized me. And all I felt was gratitude. Gratitude that this path of self acceptance that I’ve been walking (sometimes crawling) on has brought me to a place where, although I’m certainly not immune to criticism, I’m not reduced by it either.

I wrote a post recently about self acceptance and spoke about adopting Brené Brown’s practice of writing (and keeping) a list of the people whose opinions you truly care about. It’s a game changer and trust me, it will be a smaller list than you think.

But the second I start to let someone else, anyone else, decide how I present myself to the world, or what is (or isn’t) an acceptable way to live my life, then I’m not really in a position to write about authenticity or empowerment.

People pleasing is a non paying position. Do not apply for that job. @SkylarLiberty (Click to Tweet!)

The positive thing (yes, there was one) about falling to pieces and having a mini-meltdown was that afterwards I got to put myself back together and I got to choose which pieces (and people) I wanted to pick back up.

It’s like cleaning out your closet, but better. You get to put all the old crap in the trash and once you get rid of it you wonder why the heck you were hanging on to it in the first place.

And since my bathroom floor meltdown, when I wondered when on earth I’d ever be able to inhale something good again, things have got way better.

First and foremost, my mum got great news last week. She will still need to have treatment BUT it seems that they managed to get all of the cancer out of her AND there is a 74% chance that it won’t come back.

Also, I’ve had some wonderful new writing opportunities and I’m working with some awesome people who I really respect and it feels so great to be on board with them and doing what I love.

So, if you are unraveling right now, hang in there. And I know it’s dark and scary and damn well too hard at times, but your Brave Heart is full of beauty and I’m right there with you.

Fierce love from my heart to yours.

Skylar Liberty Rose is a writer and a truth seeker. Having found her own freedom by releasing limiting beliefs, Skylar seeks to provide others with tools they can use to empower themselves. Chosen as one of the ‘Best 50 Women’s Empowerment Blogs’ by the Institute for the Psychology of Eating and ‘Top 101 Most Inspiring Blogs’ by Guided Mind, Skylar is passionate about stripping away layers of conditioning and instead discovering the unique truth within. Creativity is her meditation. You can connect with her on Facebook, Twitter, Instagram or via her website.