The Healing Powers of Creativity and Writing 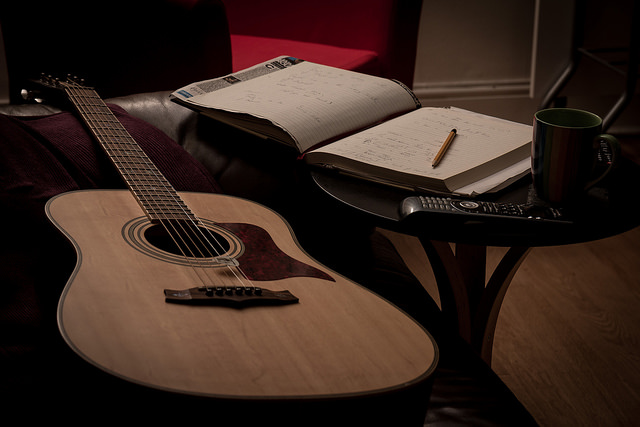 I used to think that being creative meant creating something amazing and tangible; an image, a photograph, a sculpture, a scarf, a song, etc. for a purpose. I never thought of creativity as a cathartic way of channeling negative or painful emotions to heal a wound until my father died suddenly when I was in my early 30’s. After his death, I was compelled to write and write and write with an urgency I’d never experienced before. I felt better, started a blog and here we are.

I don’t think I’m alone in my previously limited idea of creativity. Most of us generally identify as one or the other.

If you identify as creative, you experience yourself and your life through that lens of possibility. Identifying as not creative, can mean essentially closing the door to a new path of self-discovery and healing.

We are all creative – it’s just a matter of cultivating that part of ourselves and allowing it to come out, even if it’s simply for the pleasure and healing it brings.

Today’s Hello Freedom guest, Beth Nielsen Chapman, is a breast cancer survivor and was widowed in her 30’s with a young child. She was able to turn her pain into purpose by channeling her fear and grief into her songwriting. She is a twice Grammy-nominated, Nashville-based singer-songwriter who has released nine solo albums and written seven #1 hits. Her songs have been recorded by Bonnie Raitt, Willie Nelson, Bette Midler, Elton John, Neil Diamond, Michael McDonald, Keb Mo’, Roberta Flack, Waylon Jennings and Indigo Girls, including Faith Hill’s Mega-hit “This Kiss.” The song “Sand & Water,” written in the wake of her husband’s death, was performed by Elton John to honor the memory of Princess Diana and is my personal fave of all time. (I cry EVERY time!)

Although she has had a fancy career as a singer-songwriter, Beth is equally passionate about being a “creativity midwife”. She teaches workshops internationally to inspire others to blossom fully into their own creative life and to use the power of storytelling and songwriting to heal what needs healing. Beth recently wrapped recording on an album focused on bereavement, Liv On, with Olivia Newton John and Amy Sky, for those who wish to transcend loss while walking a journey toward new-found meaning and hope.

I think you will really enjoy my conversation with my kind, creative, funny pal Beth. She shares some amazing stories about Willie Nelson among others and how a brain tumor impacted her songwriting. Let’s get some creativity on together! Click HERE to listen now.