You Don’t Owe Anyone an Interaction: The TEDx Talk 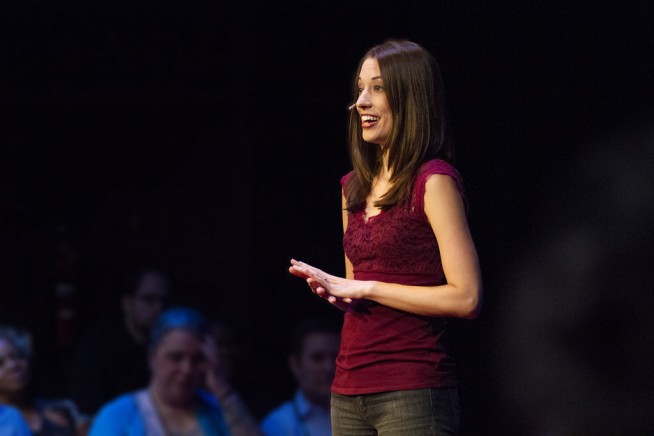 These messages made me uncomfortable, but the thought of not responding felt uncomfortable too. What if I hurt his feelings? So I did what many of us do to cope with inner conflict: I procrastinated by scrolling through my news feed.

Later I asked my husband what he thought. He said something powerful: “You don’t owe anyone an interaction.”

He said yes, so I published a post expanding on that core idea. I wrote about how many people feel compelled to respond to everyone who reaches out to them. I wrote about how we’ve been conditioned to believe that being kind means being available 24/7 … but …

The topic touched a nerve, and the essay went viral on The Huffington Post. Yet some commenters thought that “You Don’t Owe Anyone An Interaction” meant sacrificing compassion on the altar of efficiency.

That wasn’t my intention, but it does raise an important question. In an age of unprecedented connectivity, how can we give to others without burning out ourselves?

For help, I turned to a book called Give and Take, in which Adam Grant makes a startling, research-based claim: People who give more than they receive are the most productive and highest-earning workers. It pays to be a Giver.

However, there’s an important caveat in the research, and it’s this: There are two different types of Givers. The first and most successful type gives while guarding personal limits. This type sets healthy boundaries, holding self-interest and other-interest simultaneously. For them, it’s not self or others; it’s self and others.

By contrast, the second and least-successful type gives to the point of exhaustion. They have trouble saying no to anyone. As a result, they are always, always tired. I know, because I used to be one of them. I used to think that if I didn’t give away every ounce of energy to others, I was being selfish.

Often we equate being a Giver solely with this type, with being depleted. That’s how I used to feel when I signed onto Facebook. Messages aside, just seeing so many status updates was overwhelming to me … and I’m not alone in this feeling.

Anthropologist Robin Dunbar says that that number of people with whom we can maintain stable, ongoing interaction is approximately 150. That’s it. Beyond that point, most of us lose our ability to relate in a meaningful way.

So I tried a Facebook experiment. I stayed friends with everybody but followed only a select few… and I loved it. I had more energy for the people closest to me in real life.

That said, at first I felt some internal resistance. I wondered if I was being selfish by not following all of my friends. But then I realized that honoring my own needs is not necessarily the same as being selfish.

In fact, Elizabeth Gilbert writes that in Mandarin, “There are two words for ‘selfish’ … one word means ‘to be greedy or hoarding’, and the other means ‘to do something good for yourself’.”

So in the end I deleted those Facebook messages, those repeated “I miss you”’s. I was willing to let that guy miss me. I just wasn’t willing to miss myself.

Caroline McGraw blogs at A Wish Come Clear; visit and receive free copies of her three digital books, all designed to give you carte blanche to change your life. You can follow her on Facebook and Twitter.