Chuck Klosterman – But What If We’re Wrong? 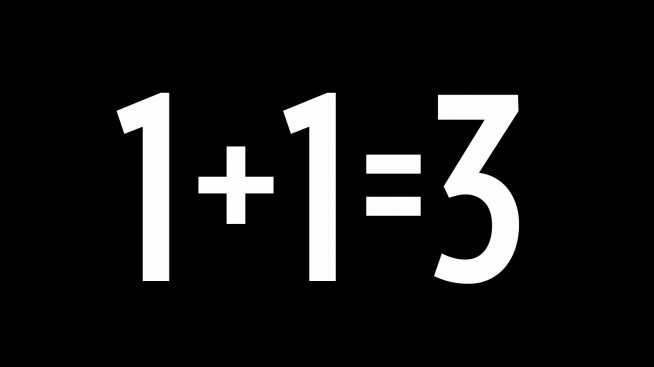 Every day, business changes, the world shifts on its axis and your skin peels off a little bit. New cells are generated and with each blink, your eyes are rehydrated.

Without new experiences, your soul rots. And your book or product or whatever you’re trying to get rich quick off of smells like garbage.

But people will buy garbage. Because we want new experiences. Ask any child. They’ll give you an honest answer of why they like coloring or skipping rope.

Chuck Klosterman grew up in a town of 500 people. He became the number one literary critique of pop culture… before the Internet. Now anyone can research anything. And you don’t have to own the Encyclopedia Britannica. Or wait for the library to be open.

A lot of people I’ve interviewed say there’s a big luck factor to success… “But I don’t think that’s as true with you,” I told Chuck.

He doesn’t believe in luck.

“The biggest factor is chance,” he said.

“What’s the difference between chance and luck?”

“Luck almost implies like a leprechaun or somebody is making this happen.”

“In many ways, it seems like certain people are luckier than others,” he said. “I think what that really means is that when they were given chances, they elected to pursue them, as opposed to step away from them. And that kind of creates the illusion of luck.”

Luck is an open door. Chance is the willingness to step through.

When I feel stuck, I don’t create a new business overnight. I begin with a pen and a waiter’s pad. I carve out a new perspective. I write ten ideas.

Whether the ideas are good doesn’t matter.

Reinvention, freedom and success are the results of movements.

Not the “right movements.” Just movements. Unattached, meaningless movements that hopefully fill your day and fuel your heart.

“Everything I’ve liked, I liked in totality,” Chuck said. “I wanted to almost be inside of it.”

Focus on nothing. Or everything. Let life reveal itself to you. Then you won’t need luck. Because you’ll have something much more valuable: perspective.

When he started, Chuck needed motivation to write. Now he’s a dad. And he writes every day. “I make myself do it,” he said.

His first job was with the local newspaper in Fargo. He wrote a sixteen page insert called “Rage,” meant to address Generation X.

“At the time, my hope was that, maybe, if I do a good job as a reporter and I put in the time, I’d be able to publish a book, or maybe two books in my 50s or something.”

“There were twenty-three kids in my graduating class. I remember the teacher would ask questions. And nobody would say anything,” Chuck said.

But he knew the answers.

He thought everyone knew. “I just assumed everyone growing up felt this way—everybody felt very singular and alone. You had this world inside your mind. And there was the world outside of yourself where you just kind of goofed around, talked to people, and made small talk, but in your mind you had your own kind of world.”

Then Chuck went to college. “I was amazed to find a handful of people who were just like me, who listened to Mötley Crüe but also wanted to talk about it, and didn’t just want to say, ‘It rocked.’”

Connection changes your mental identity from alone to alive.

Chuck’s second book, “Sex, Drugs and Cocoa Puffs” sold half a million copies—more than his other eight books combined.

Chuck’s latest book asks a hypothetical question that no one will know the answer to for hundreds or thousands of years: “But What If We’re Wrong?”

He explores art, music, science, physics, the nature of reality, and who will matter in the future.

This was believed for roughly 2,000 years. Today’s idea of gravity is from Isaac Newton in the 1,600s.

What if we’re wrong?

My idea of a life well lived could (and probably will) be untrue in 100 years or ten years. That’s scary.

The illusion is up to you.

Listen to the full interview with Chuck Klosterman: http://apple.co/1ewcX8D