May Love Be the Meaning of Your World 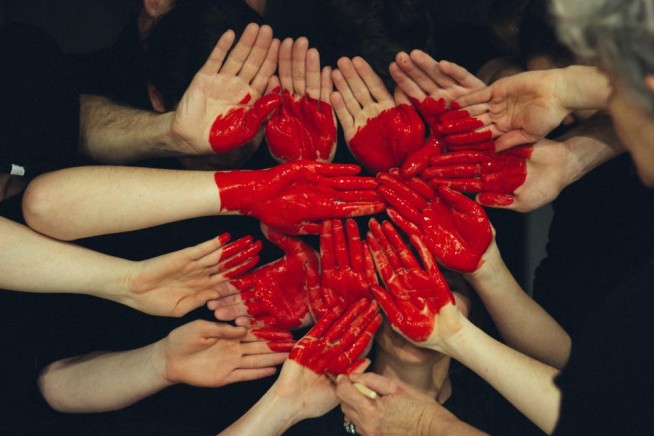 The story “A Silver Dish” is recounted by a colleague. We meet a successful business man from South Chicago. His father “Pop” died in his arms and he was heartbroken by his father’s passing. And the savvy, worldly man, was trying to deal with all the grief he felt.

He was able to cope with his grief by recalling lots of memories. Pop had not been a saint. He had been a totally unscrupulous rogue, a crook and a con artist. “Pop” had walked on his wife saying, “it’s okay. I put you all on welfare.

Pop took advantage of everyone, including his son. Pop’s attitude was “that’ll teach you to trust your father!” But the son didn’t mind. He enjoyed Pop’s outlook on life because it was honest and unlike so much of the hypocrisy he saw around him.

Still caught up in his reverie, the businessman recalled Pop’s most outrageous con and how he, his son, age twenty, paid the emotional price for it. At the home of the wealthy patron who was paying for his son’s schooling, Pop stole a silver dish from a cabinet in the living room.

Now recalling the more recent past, he went to the hospital. There he found Pop trying to pull out the intravenous needles, wanting to go. And the son climbed into the hospital bed and held Pop in his arms to soothe him and keep his father with him. But little by little, Pop faded away.

The son surely passed the moral test. He dearly loved his father and, despite all of Pop’s selfishness and course outrageous conduct, he was truly there for Pop at the end.

There is no question that Pop and his son were kindred spirits. They had enveloped a deep emotional and physical bond, a closeness exemplified by the imagery of the son trading serious punches with his father on the one hand and climbing into the hospital bed to hold his father on the other.

As much as he was most certainly his father’s son, he succeeded in bringing out the best in himself. While Pop had abandoned his family, his son took full responsibility foe everyone. As much as Pop had been selfish, he was unselfish, he was a far more decent man than Pop had ever been.

At one point in the story, the son tells us why he conducted himself differently. He said, “God’s idea was that this world should be a love-world, that it should eventually recover and be entirely a world of love. He couldn’t explain why he thought so; all the evidence was against it. Nevertheless, there it was at the center of his feelings.”

The son was right.

Who wants to admit being wrong? It’s humbling. Who wants to confess a mistake? It’s embarrassing. Who among us wants to break comfortable old habits of thought, feelings, or action? They require way too much effort.

Life is messy and complicated and we are far from perfect. A wise person has written, ‘what an extraordinary gift it is – what a blessing, what a miracle to be raised by imperfect parents to who did their very best; to share our life with a partner no more flawed than we are; to count as a friend one who accepts us most of the time.’

How brave, how hard it is to be “good enough” in our ties to one another: To give, even when we are exhausted; to love faithfully; to receive the love imperfectly offered to us.

May love be the meaning of your world.

Rabbi Hirshel Jaffe, a four time cancer survivor, is a motivational/inspirational speaker on the theme NEVER GIVE UP! He authored “Why Me? Why Anyone?” which chronicles his rescue from leukemia and his spiritual triumph over despair. Known as “The Running Rabbi” for competing in the NY Marathon, he received the “Award of Courage” from President Ronald Reagan in a White House ceremony. Rabbi Jaffe was one of the clergy who visited the American hostages in Iran to offer them comfort and hope and was asked by the President to greet them at the White House upon their return. He received an honorary Doctorate from his seminary for “his work with the sick, and his noble influence upon all people. You can follow him on FB.