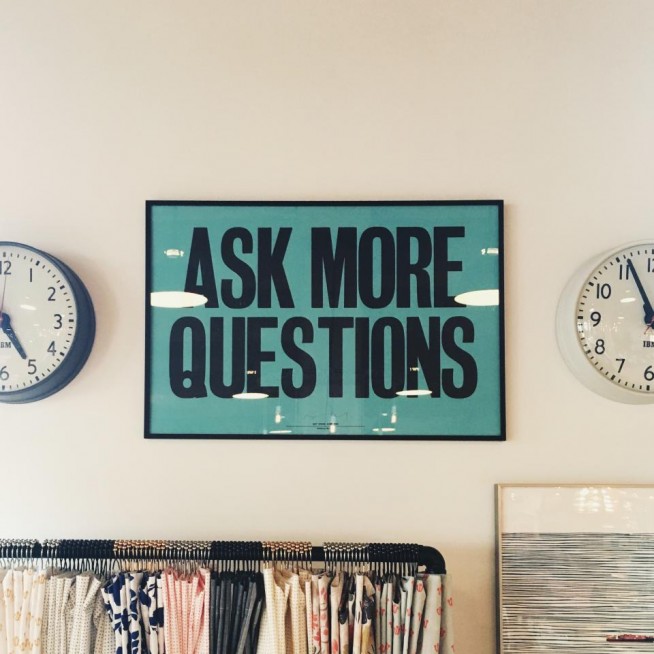 Stephen Dubner (Freakonomics) has a new podcast and it just hit #1 in the iTunes charts.

“Tell Me Something I Don’t Know” is the name of it and it’s about to change my life.

He came over to play backgammon and I asked him about it. He told me he became a journalist because it was an easy way to start talking to people.

He said, “If I ask people to tell me something I don’t know,” then I often learn new things and it keeps the conversation going.

My mind blew open. I’m tired of freezing up. Feeling too paralyzed to talk. I’m a shy introvert. This will help unfreeze me.

For everyone I meet, I will try to learn something I don’t know. I’ll simply ask them.

This will be my new habit.

I listened to Dubner’s first podcast of the new show. I learned something new from one member of the audience.

First off, it’s a hard podcast to create. Listen to it. There are three panelists. There’s a fact-checker. And there’s 100 people in the audience.

I’ve never heard of a podcast like that. It’s crazy to put that much work into a podcast!

Creativity is a lose-lose proposition. You’re crazy and you’re lost in the woods. But if you aren’t creative, you’re stuck in traffic with everyone else.

Someone on the show said something I didn’t know: when you sleep, the nerve cells in your brain constrict, allowing spinal fluids to wash right through and clean up the proteins that often attach to nerve cells in the brain to cause Alzheimers.

I learned about five new things on that very first episode.

I went to sleep that night in anticipation. Spinal fluids washing through my brain, giving my cells a much needed bath.

If I can ask everyone, “Tell me something I don’t know,” I’m going to learn from everyone.

It adds up. It compounds. It will give me more knowledge and help me be less shy. I hope.

“Tell me something I don’t know.”