If You Lost Everything, Would You Look Back or Look Forward? 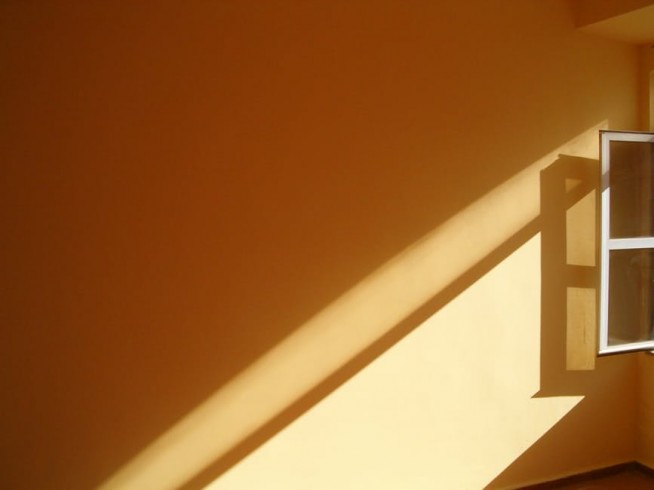 I went to the hotel gym one morning while I was traveling. When I finished on the treadmill, I went back to the elevator to head down to my room… except there was just one problem. Yep, once again I’d forgotten my room number.

I spend 100+ nights a year in hotels and still haven’t perfected a system for remembering where I “live” on any given night. Sometimes I carry the little check-in envelope around in my pocket, and sometimes I take a photo of the door. But at least once every dozen nights, I start to walk back toward my room before realizing I have no idea where it is.

This time, I tried to retrace the steps that took me out of the room and to the gym. Was it 1406? I thought it was. It sounded like the right number.

I went back to floor fourteen and everything felt familiar. I turned down the hall and came to the room, which looked like the right one. The door was slightly ajar, and I assumed I’d mistakenly forgotten to close it all the way when I left. Not ideal, I thought, but it happens.

When I walked in, I was sure it was the right room. Then I turned into the bathroom and saw that it had been cleaned.

That was fast, I thought. I’d only been to the gym for less than an hour.

But then I noticed something else: everything was gone. From my bathroom bag to the desk with my laptop and writing supplies to my clothes in the closet, all of my stuff had disappeared.

At first I felt more disoriented than scared. If I’d been robbed, why was everything so clean? Did someone steal my belongings and then make the bed?

This is some very thorough housekeeping, I thought.

I knew I had to have the wrong room, but since it looked exactly the same as mine, the disorientation was severe. There was the same view, looking down on a roundabout with swarms of cars and motorcycles in rush-hour traffic. The layout, which featured a comfortable bed and desk positioned at a unique angle, felt intuitive, as if I’d just left it an hour ago.

I walked back into the hallway and went on an excursion to the thirteenth floor. Maybe I was off by one floor? But room 1306, exactly one room below from where I thought I lived, was locked and unresponsive to my key card. When I heard voices inside I quickly tip-toed back to the elevator.

Having exhausted all alternatives, I did the walk of shame back to reception. “Sorry, I’m an idiot,” I told the clerk. “But can you tell me which room is mine?”

She scanned my card and confirmed what I should have known all along: “You’re in 1806, Mr. Guillebeau.”

1806! Of course—not 1406, and not 1306. I went back upstairs and found the right room. All of my stuff was there. It was exactly the same as the room I’d snuck into, except nothing had been touched. I breathed a sigh of relief, but I also felt oddly wistful.

“What if I’d lost everything? What would I do next?”

I considered this scenario over and over.

It wasn’t the survival part that worried me. I could survive if I lost my stuff, even in a foreign country. Eventually I could get a new passport, a new phone, more cash, whatever.

What I was more interested in was much deeper than that. That empty room felt ominous, as if it was not only “stuff” that had been lost but something much greater. What if it wasn’t just a computer that disappeared, but a life—and all of a sudden, I had to start over?

In such a situation, I realized, I’d essentially face a choice: do I seek to rebuild what I’ve lost, or do I take advantage of the opportunity for change and build something entirely new?

I was glad to be reunited with my stuff, but I wished I’d spent more time in the empty room.

Thinking about what you’ve lost, or what you are losing, is hard. But maybe it can help you to live better, too.

All through the rest of the day I thought about that room. I changed hotels, like I often do when I’m in the same city for more than two days, but even as I settled into the new spot I couldn’t stop remembering the empty space.

Look back or look forward? I never did decide which was better. I just knew that I had to keep moving. @chrisguillebeau (Click to Tweet!)