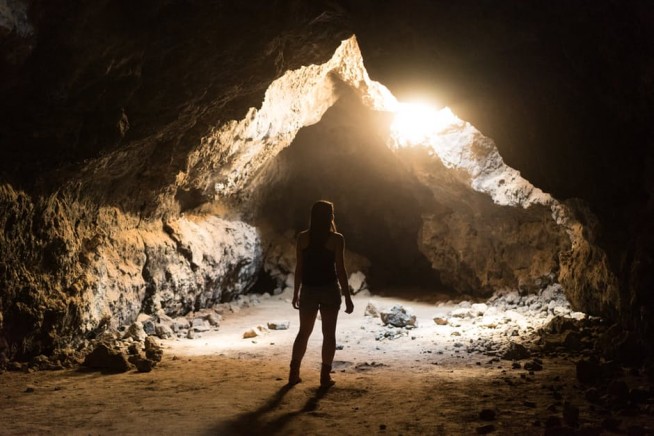 As far as I remember life was pretty good for us in the beginning. I remember playing in our huge garden in the sunshine. I remember I used to wait with my little brother at ‘The Close’ half way up our street for my dad to ride along from work on his motorbike. When he arrived we would jump on and joyfully ride the rest of the short distance home with him. I remember my dad’s friend giving us toffees sometimes.

Then I remember dad being ill in bed, dying. He died when I was six. We weren’t allowed to go to the funeral, mum thought it would be bad for us, bless her.

Once dad died she had no money so had to go out and work. We were the original Home-Alone-kids. She was a nurse in private nursing homes and worked a lot of nights. At the time when I needed my mum the most, she wasn’t there. I thought, for many years, that it was dad dying that messed me up, but nowadays I realise it was mum not being around. I needed someone to comfort me and encourage me to talk about how I felt. Instead, with nobody to turn to, I buried it.

I think, as a little boy, I just saw mum as being too tired and too busy to have time for me and my woes. So I took to hiding. I hid my pain from everybody, and very often I would hide myself right along with it. Before I knew it, I had built an unconscious habit that would go on to make me utterly miserable for decades.

Of course, burying stuff is never the answer. I developed a nasty temper which would flare up at nothing at all. I was a bed-wetter right up to eleven, possibly made worse by the ballet lessons I endured every Saturday morning that some bright spark thought would be good therapy for me. All of these things caused me such shame as a young boy, and that shame just kept being re-enforced by my own behaviour as I got older.

I thought I was keeping myself safe by hiding away. Every morning I would take the towpath on the canal to school, and after crossing the bridge half way there, I would duck down the other side. There was no towpath on this side, but a little track wound its way through the thick shrubbery and damp old trees.

Down here I had my little hideaway where I could watch everybody going about their business without seeing me.  Sometimes I would cry, but mostly I would just sit there, fooling myself into feeling safe in my secret hideaway.  Eventually, when it was time, I would trot off to school and be miserable all day.

At home I would disappear into the shed for hours, peering out of the window, wishing someone would notice me, yet ensuring nobody would. My favourite place to play was in the streams in the local park. Always alone I would paddle about in there for days on end, often seen, but seldom noticed.

I trusted nobody by the time I was eight. I wasn’t aware I didn’t trust anyone, but it governed everything about my life. The physical hiding very quickly become emotional hiding well before I became a teenager. As I went through my twenties and thirties I just kept re-enforcing it. The less I trusted the world not to hurt me, the more it did.  And the more I hurt, the more I hid.

I was desperately lonely. I couldn’t make close friends because I was constantly thinking nobody cared about me.  Of course, it was my own behaviour that kept everybody at bay. It was all my own doing, running on a subconscious loop of self-sabotage.

It was with girls that it manifested the most. If I liked someone, I would freeze in terror, not having a clue what to do. Instead of impressing them with my charm and notable chat up lines like my friends did, I would, rather pathetically, become their friend. Constantly suffering the excruciating pain of them telling me about the boys they liked.

On the rare occasion a girl did like me, I was such an expert at subconscious sabotage that I would have her running for the hills in an instant. I was well into my thirties before I became conscious of this, and in my forties before I managed to stop doing it.

The first time I became aware of it was in a bar. As soon as we walked in, me and the barmaid clicked. It was like magic, and so blindingly obvious to all of us. But by the time I had finished buying four drinks, I had shot myself in the foot again. We all saw the magic disappear before our eyes. My friends were disgusted that I had wasted a sure thing, and I felt ashamed of myself again.

This kind of thing went on for years. I was seemingly surrounded by a fun crowd of people but I had nobody that I felt close to. No best mate. No girlfriends. Just a string of girls who just wanted to be my friend. I lost count of how many times I would cry myself to sleep at night.

On one occasion after one of the girls I had fallen in love with went off with another of my mates, I dragged myself home to our dilapidated house and wearily climbed the stairs. When I stepped into my bedroom the plaster on the ceiling had fallen off onto my pillow and all over my bed. I have always thought of this as the defining moment of my young adulthood.

Was this really me?

So much of this seems strange, and even funny to me now. The distance in time and space making it seem unreal.  It seems like I’m writing about someone else. I can’t help but smile as I remind myself that this was indeed me.  This utter misery and loneliness was my life for so long.

In 1998, when I was twenty-eight, I eventually discovered there was a difference between a positive and negative attitude. I went on to devour every self-help book I could lay my hand on trying to sort myself out. But, of course, without trusting anybody to help me, it was a painfully slow road I was on. I had no help, no support, no mentors, and no positive influence to turn to.

I eventually became a hypnotherapist in 2001 and discovered the subconscious mind. Since that time I have always believed that we should teach hypnotherapy to secondary school children so that they can understand the subconscious causes of their problems, and fix them before they are buried beneath decades of re-enforcement.

The hypnotherapy I received as part of my training brought all sorts of stuff to the surface and I embarked on a healing journey that had me peeling away the years of hurt. It took a lot of time, effort and dedication. But it was so worth it.

Slowly my confidence grew, and my self-esteem with it. I met and married an amazing woman and we are famously good together. In fact, my wife was the first person I was attracted to with whom I was able to just relax and enjoy their company. As you can imagine, that was a good day.

The most important thing for me as I grew older was to achieve business success, but that eluded me for two and a half decades. I was just as good at self-sabotage in this area as every other. I struggled to become ‘successful’ from the moment I read that first self-help book, but with a secret need to hide that was greater than my need to succeed it was all very stressful, and all to no avail.

It was only when my wife and I set our first ever truly meaningful goal three and a half years ago that things really turned around. We decided we wanted to live in a warm climate. It took eighteen months, but we made it happen.  From the day I stepped onto that plane in September 2014 I have lived life with a new drive and purpose.

I have learnt so many valuable lessons in my life. But the one thing that stands out as the single most important lesson for me, which I am facing head on every day now, is this:

You can’t be happy and confident when you hide yourself away, and you can’t be successful when you don’t want anyone to notice you.

This post is me leaving the darkness behind and stepping out into my own light. This is me telling the world that I am here. That I am brilliant at what I do. That nobody can do what I do. I am unique. I am beautiful. I am at peace with myself at last and I really like who I am.

I want you to take this as an opportunity to shout out to the world and show yourself. Use the comments below to tell us what makes you wonderful. If you have been hiding yourself away, now’s the time to step into the light. Each and every one of us is uniquely special and if we want to be happy and confident, we must believe in who we are.

All the great successes of this world began with people who believed in themselves and what they were doing. Tell us what you can do that nobody else can. Share with us what sets you apart.

John Freeman is a Vision Coach. He is the author of Vivid Visualisation, Success without Stress. And his Made To Measure Hypnosis and Meditation recordings help the frustrated and the stuck take the stress out of getting what they want. Discover more about his work at www.vividvisualisation.com.