Lessons from a Snowman

From Our Community | Inspiring, Living, Playing 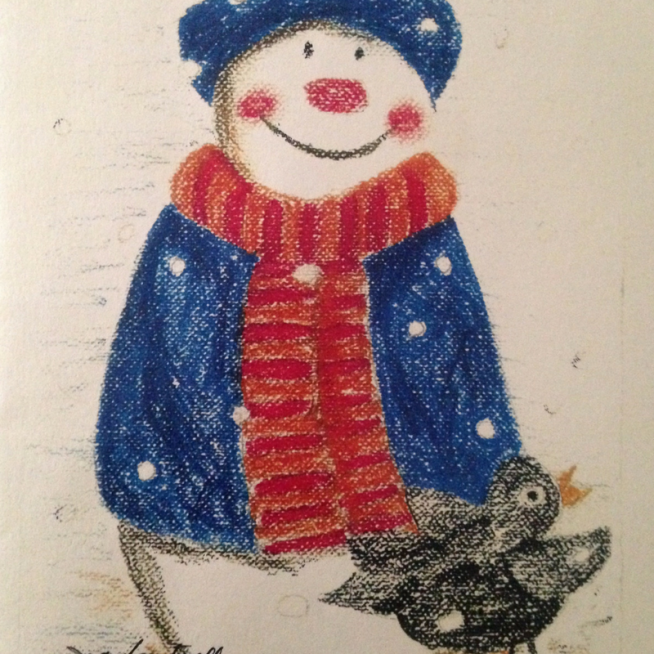 On the first snowfall of the winter, I begrudgingly opened my blinds to find my neighborhood covered in white. I had always hated winter and like every year dreaded the day that the white stuff started to fall. Bleak darkness, isolation, and a depressing few months are all things I associate with the season.

Upon further examination of the mess that was unfolding outside, I noticed our retired neighbors building a snowman together like two giddy children whose only job was to have fun. I stood watching them for a few moments when a poignant thought entered my head.

What if the key to surviving winter was to unleash my inner child? Jeff McQuarrie (Click to Tweet!)

To go back to a time in my life when snow was a joy not a struggle. When I was younger, I loved playing in the snow, and enjoyed the subtle nuances that winter offered. Watching those two reminded me of that. I decided to take a chance and express how I felt.

I wrote them a Christmas card that read:

To my neighbors across the street,

I wanted to write you a note to say thank you. I struggle with winter, but a couple weeks ago I saw you two making a snowman and had a light bulb moment: What if the secret to winter was to find the fun in it? To play, like I did years ago as a child. You may not have known it at the time but watching you two taught me a valuable lesson and for that, I say thank you.

(The house with the red door)

PS. I really hope this doesn’t come off as creepy.

I got the courage to leave them the card in their mailbox. I didn’t expect to hear anything in return. On Christmas eve, I was having dinner with my family, when ‘Santa Clause’ came to the door and quickly left something on the front porch. My wife went to go investigate and found a kinder surprise attached to an envelope that had Jeff written on it.

Confused, she handed me the note and here is what it said:

Jeff McQuarrie grew up in a small town but currently lives in a neighboring suburb of Toronto, ON. He often examines the contrast between the two worlds, mainly the sense of community that can get lost in a big city. In a world overrun by technology, connecting with a stranger is not something a lot of people do. He decided to take a chance and reach out to two strangers across the street and in return, they taught him a valuable lesson about taking the time to connect with even a small gesture.