I Bombed and Then This Is What Blah Blah 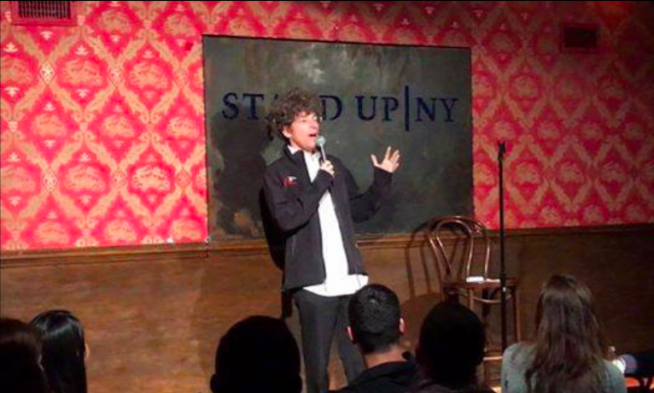 There was total silence. I’m not sure if anyone laughed at a single joke.

First, I prepared to be bombed. I spoke with the comedian Jim Norton. I said, “I’m afraid it will be a disaster.”

He said, “The fear goes away when you realize that bombing is survivable.”

And then ten minutes later I bombed. I said jokes. Dead silence.

Were the jokes bad? I don’t know.

I used them just a week earlier. Everyone laughed then!

But this night, my third time, nothing. Silence. Embarrassment.

I’m not quite sure what I did wrong.

But maybe I’m just trying to make myself feel good. I need to feel good one way or the other.

If Plan “A” didn’t work (making people laugh), then maybe Plan B will work (“the audience is bad”) or Plan C — not sure what Plan C is yet. Working on it.

Here is what I learned:

A) SOMETIMES THERE ARE NO ANSWERS

I did jokes that had worked the week before. Now they didn’t. I don’t know why. I videotaped it. I watched it. I’m still not sure why.

I’ve been afraid of doing standup. I’m even afraid to do public speaking. I’m afraid to interview people on my podcast.

But I’ve given talks hundreds of times. I’ve done hundreds of interviews. I always get people to laugh.

People keep telling me, “you WILL bomb” at some point in standup.

I didn’t believe them. The other two times I had done it went great.

Jim Norton was right. I survived. I know the important thing for me to do now is to do it again. To not quit.

My instinct is always to quit when things don’t work out. I feel like I want to be the smartest and best RIGHT AWAY.

But the only way to get better in something you love is to get through the worst moments which are inevitable.

The jokes I did were very crude.

I was watching Louis CK a few weeks ago and it seemed to me he would think of the WORST topics he could joke about and then he would specifically go over the line. Slavery, Racism, Abortions, etc.

So I asked a friend of mine, “what’s the one thing you really don’t want to hear about:” and she said, “Child abuse”.

So at least half the jokes I did were about child abuse.

Again, the first time I did them, people were laughing. The second time, nothing. People even groaning.

The next day I watched about a dozen videos of people who had “clean” acts.

Then I decided to practice. I wrote down about twenty “clean” jokes.

I sent them to a friend of mine who has been writing jokes for a living for twenty-five years. He sent me back notes on each one. The notes were brilliant. I practiced again the next day and the next.

When I give a talk it’s easier to tell a story that leads up to something funny.

When you are standing on a stage for five minutes to do comedy you kind of need a punchline every ten seconds (time Louis CK between laughs).

So it’s basically setup / punchline / follow through and then new setup.

It’s hard. I want to get better. And have a wider range.

It’s important to watch yourself. When I got nervous, I started talking faster. I need to slow down. I need to pause between laughs. I need to not pander to the audience.

The only way to get better at something is to study what you’ve done. @jaltucher (Click to Tweet!)

I was watching a video of Greg Shahade playing chess. He analyzed the game afterward.

He described a move he made in the middle and said, “I lost a game FIVE YEARS AGO to Nakamura and afterward we were looking at it and determined this move would have been good. Now, five years later in a position that looked similar, I made the move and it worked.”

You have to study your losses, really analyze them, and determine what you could have done better.

When I watch a video on YouTube of someone doing standup, chances are they have been honing their craft for twenty–thirty years.

I will never do that.

And it’s not similar to giving a talk and making people laugh. When I give a talk, the audience usually knows who I am. There is more time. It’s a friendly audience. They are all ready to go.

Standup is different. It’s not the story or the observation. It’s really just about making people laugh.

But I love watching standup. And I want to get better at it.The raw skill of it. It’s not just making people laugh. It’s moving in a certain way. It’s having a certain kind of courage to say something outlandish and commit to it.

It’s about dealing with a variety of nuances and unexpected things (different audiences) in real time and responding appropriately.

Whenever you love something but you are just trying it, you have the sense to realize the best are the best for a reason. I can’t fool myself.

But still…I love trying and experimenting and taking risks.

– Everyone bombs and lives.
– You have to get up again afterward.
– Study the video. Learn from mistakes.
– Diversify the way you do things.
– Practice and repeat.
– Respect the gap. Learn from watching others.

I’m not trying to switch careers or anything. This is the benefit I have. But I want to get good at a new skill.

Part of happiness is these two things:

“Possibility” is doing things you never did before but you feel are “possible.”

The mystery. It’s why humans, above all other species can adapt to and seek out new environments. It makes us happy.

“Growth” is a sense that you are improving in things. You don’t have to improve in ONE thing only. I used to think I’d go to college, find my ONE thing and then keep improving in it.

Instead, I had to find many things. And I still do. Combining the possible with growth is part of what makes me happy each day.

Standing up there. The groans. Nobody laughing. I died on the stage.