We’re Never Too Old to Birth Something New 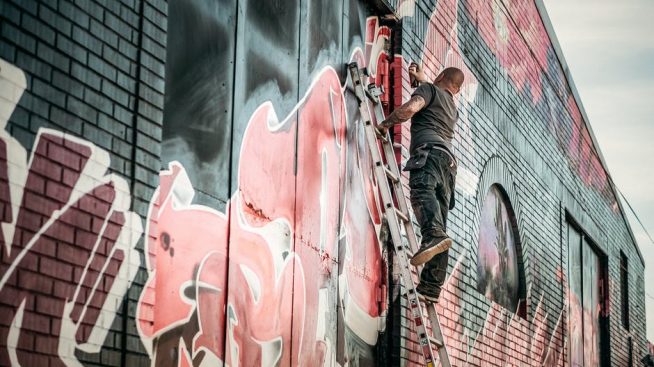 Two of my oldest and dearest buddies just had babies at age fifty. I’m fifty-one. Doesn’t creativity stop at a certain age? Don’t we become infertile to new ideas, babies, and life in general as we age? And why would I even ask such questions?

I think we’re youth obsessed in America and rather attached to a version of aging we’re finally starting to shift out of. Blue hair be gone. I can’t speak for the rest of the world because I’ve not spent any significant time in other parts to really know them well, but America, I know her, though sometimes she does throw me a bit. See last election. Anyway, this birthing thing. I remember when my friend Joe told me he and his fiancée were pregnant. Well, first I cried like a baby, cause it’s just so beautiful, and then I thought to myself, hell yes! You go, fifty-year-old friend of mine. Make new things and bring them into the world now. That takes balls, don’t you think? Then about two months later my friend David told me he and his wife were pregnant! Holy Schlitz, either pregnancy is contagious, or the universe is simply a yes machine. Yes, to creating more beautiful little beings. And then it occurred to me this applies to creation in general – to art, writing, theater, a beautiful home, relationship, business, and a better world for everyone (that last part is pageant talk, I’m practicing).

I do, think about creativity, all the time. Every day really. I’m constantly creating, and I think we all are really, consciously or unconsciously. But for the longest time, I didn’t give my creative “children” the same respect as actual living human children. I know, a book and a child are not the same, but there are some striking similarities. Both require a labor to bring them into the world. And for some of us, this labor does have some level of pain, quickly forgotten after birth, and both require lots of nurturing once born. My book, which I gave creative birth to almost three years ago has been in a foster home for wayward books. Friends ask me all the time when is my book getting published, and tell me I should get back to my book. I know they’re right, but I’ve been gestating some other creations which have required my attention  Blogs, screenplay and building my Coaching Practice. I’ve been otherwise occupied.

One thing I’ve become aware of is, like my two dear friends, I’ve also been in a creation process. The end result looks different, is different of course, but again has many similarities including the energy it takes to bring something beautiful, subjective as that may be, into the world. It takes intentionality, drive, commitment, as well as sweat and yes, even some tears along the way. I’m so proud of my two friends and what they’ve managed to create in their lives with these two new beautiful souls. I also recognize that both are incredibly creative men in their own right before the babies, so they’ve simply continued creating. And while we might say in our culture they’re a bit on the older side for first-time fathers, are they really? Do you need to be twenty-nine to be a first-time father as opposed to fifty? I don’t think so, and as a matter of fact, these two men bring a whole lot of life to the table when it comes to raising their new additions.

I’m realizing the same applies to myself as a writer. We all mature, or ripen in our perfect time, and it’s different for everyone. For me, I feel like I’ve finally hit my stride in so many areas of my life – creatively, relationship wise, financially, and enjoying this wild ride called life. I’m just starting to understand what the Italian’s call La Dolce Vita – the sweet life. It really can be.

And part of that, I believe, is understanding that we’re never too old to create, to make new things, to give birth to the ever-unfolding possibilities laying in waiting inside us all.

So whatever year you’re in, check yourself. If you’re feeling stale, go out and shake yourself off. Take a long walk off a short pier and go swimming for God’s sake. You’ve been staring at that water for forty years. It’s okay to get your hair wet. It may curl, but it will dry, and you can always straighten it again. And for those of you who say I’m too old, too overweight, don’t have enough money or time – horse crap. Get off your arse and move it.  I know there’s a country line dance happening somewhere in your vicinity, or a disco, or a ballroom, or a sidewalk you can dance on. Or if you prefer, sing. Make some music. My Dad used to do that with everything he touched, especially spoons. God, he could play the spoons.

I am just so inspired by my buddies and their new babies. They did it. They created. They didn’t know everything, still, don’t, but they’re willing, keyword, to step into this, lean into the experience and hold and hope for the best. I trust they’ll end up somewhere in that vicinity of best, or good, or decent, or fun, or all or some of the above. I’m feeding all my creative “babies” now. I’m giving each of my creations the attention they deserve. Some may grow up and go out into the world, while others may never see the light of day, and that’s okay, I love each of them with all my heart. That sounds like being a good creative caretaker to me. And for as long as it’s taken me to get here, and it did take quite some time in my estimate, I’ve arrived. Arrived with the understanding that we’re never too old to birth something new. Now get cracking before you’re dead, you’ve got a lot to do!

Barry Alden Clark has coached thousands of individuals in connecting more deeply with their hearts, their life purpose, and helped create a pathway for these folks to move forward in a direction more aligned with who they truly are. He & his creative partner Eliza Swords are currently delivering uplifting content on social media every Wednesday via “Best Day Ever with Barry and Eliza”, a Facebook and You-Tube phenomenon reaching thousands of people around the world. They are also inspiring love and joy through creating heartfelt and entertaining content via their production company Pure Honey Ink. Currently they have projects in development for social media, film, television and publishing. You can reach Barry at www.barryaldenclark.com.