Am I Living the Life I Would Like to Be Living? 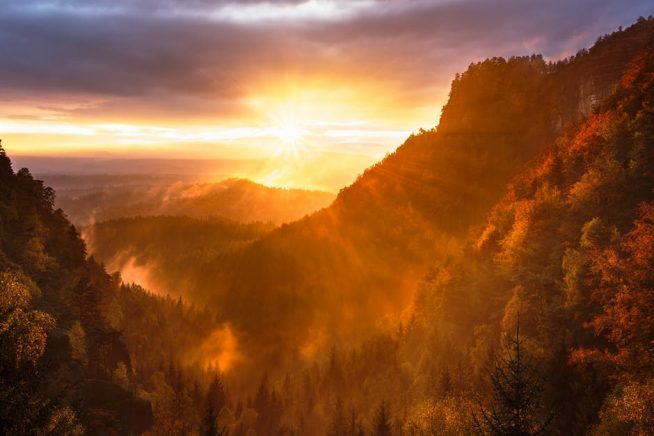 The Architect Frank Lloyd Wright tells about a memory. He was nine years old, and he was walking across a snowy field with his no-nonsense uncle. The boy wandered this way and that, collecting reeds and taking in the scenery, while his uncle walked straight across the field.

Upon reaching the top of the hill the two looked back. Uncle John pointed to his straight line of footprints and then pointed to Franks’s meandering path, and he said sternly, “There’s a lesson in that, you know.”

Frank Lloyd Wright said the moment shaped his philosophy. While Uncle John had intended to teach about the virtues of avoiding distraction, “I determined right then not to miss out on life as he had.

As a rabbi has written, life is too precious to miss.

But it seems now our world is constantly throwing at us new ways to miss out on life. New devices and distractions that teach us to look down rather than out. New compulsions to bury ourselves in our work and our daily regimen and forget what really matters.

We should take the time to reflect on our lives and our choices. Do my daily actions reflect my values? Am I living the life I would like to be living?

It seems like the boundaries between our working lives and our real lives are constantly being eroded. “Work-life balance” is the buzzword of the day, because balance is the thing we are all missing.

It used to be that our parents and grandparents would get in the car in the morning and drive to the office. Today we carry our offices with us in our phones. Today we can edit digital documents at the dinner table, answer emails from our beds, and text from red lights.

Rabbi Larry Kushner writes about a friend of his, an Episcopal minister, who like many of us had a desk cluttered with papers. Once a month the minister would take every piece of paper, and throw it away. So the rabbi asked his friend, “What if there’s something important on your desk?” The minister explained, “If it’s important, it’ll come back.”

The problem with our lifestyle is not that we have too much to do. The problem is that it’s hard to remember what matters most.

The Jewish Sabbath of rest occurs every week and frees us from the tyranny of things; on the Sabbath, we try to become attuned to the holiness in time.

Once a week we withdraw from the working world. It is though the Sabbath attempts to give us our freedom from enslavement to our everyday obligations. You might say the Jews invented the weekend.

Not to spend our precious minutes looking at screens and focusing on things that, in the end, don’t matter.

Let us resolve to spend one day a week, or one hour of one day, relating to people, renewing ourselves, and living the life we would like to be living.

Rabbi Hirshel Jaffe, a cancer survivor, is a motivational/inspirational speaker on the theme NEVER GIVE UP! He authored “Why Me? Why Anyone?” which chronicles his rescue from leukemia and his spiritual triumph over despair. Known as “The Running Rabbi” for competing in the NY Marathon, he received the “Award of Courage” from President Ronald Reagan in a White House ceremony. Rabbi Jaffe was one of the clergy who visited the American hostages in Iran to offer them comfort and hope and was asked by the President to greet them at the White House upon their return. He received an honorary Doctorate from his seminary for “his work with the sick, and his noble influence upon all people. You can follow him on FB.