Do You Make Fear Decisions or Growth Decisions? 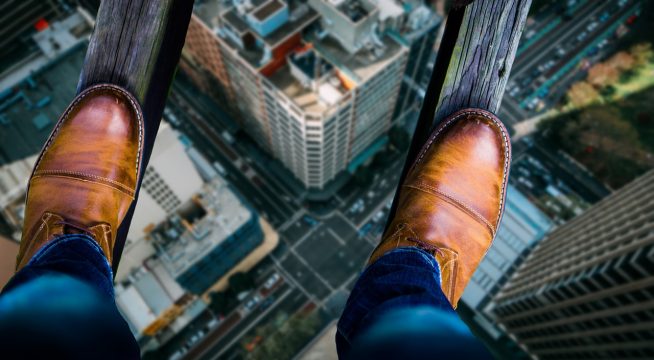 I was afraid I was going to lose my biggest client. And my job. So I let him yell at me repeatedly.

Or do you stay in a relationship because you are truly grateful the other person is in your life (and hopefully, vice versa).

I thought about it. I picked all of the major decisions in my life.

And on and on. Grandma was right!

Not just big decisions but even the smallest decisions.

And the fear-based decisions never worked out for me. When I made a fear based decision it was always because I was giving power to someone else.

I’d make a fear-based decision out of insecurity. Out of a feeling of scarcity. Out of giving too much power to others so they would control my life.

The growth-based decisions all resulted in miracles I could not have imagined.

With growth-based decisions you feel it in your body: an expansion of your chest, ideas in your mind, a feeling of competence increasing. A feeling of freedom expanding.

In fear-based decisions, you feel it in your head – I better do this…OR ELSE. I listened to one of my first bosses yell at me so many times because I was afraid he would fire me if I argued.

I didn’t want to get fired because I had a company on the side and HBO (my job at the time) was the biggest client. I had no confidence in my company. So fear of losing a client prevented me from devoting all of my time to the real growth in my life.

One time I was scared I was going to go broke again.

So I took a job. I tried to convince myself that it was a growth decision. Maybe I would expand at the job and create opportunities.

But the first day at the job I fell straight to the ground for no reason. Everyone laughed and said, “Are you OK?” and I got up because I was ashamed and embarrassed at all the people looking at me.

I started to limp because I hurt my leg so badly.

The second day at the job, the boss of the company told me, “Trust me on your salary. We’ll take care of you.”

And I was afraid to argue. He was the boss.

The third day at the job, I got up and walked out. I didn’t clean out my office. I left my jacket there. I took the elevator down forty stories. I walked out into the sun.

My life is better than ever. I never looked back. I left the building and walked to Grand Central. I took the train eighty miles. I watched the leaves turning from green to red along the way across the Hudson River.

I came to my house and walked the one block to the river and breathed in the air not knowing how, what, why. Not thinking about money for the first time in months.

And then I noticed. I wasn’t limping. My leg didn’t hurt.

Not everything went good for me after that decision. Some pretty awful things happened.

My heart tore open more than once. My fears about money came back again and again.

Thank you, my friend’s Grandma.