How to Really Be the Change 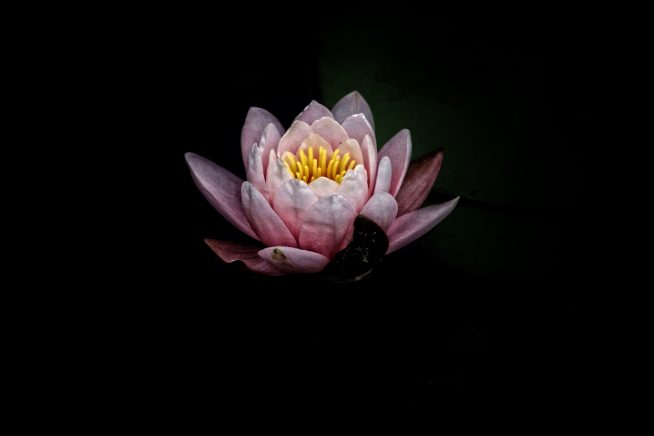 Gandhi didn’t say “Be the change you wish to see in the world.” That’s actually a simplified version of his original statement. What he said was actually much richer in meaning and depth…

“We but mirror the world. All the tendencies present in the outer world are to be found in the world of our body. If we could change ourselves, the tendencies in the world would also change. As a man changes his own nature, so does the attitude of the world change towards him. This is the divine mystery supreme. A wonderful thing it is and the source of our happiness. We need not wait to see what others do.” – Mahatma Gandhi

The more your inner shadow is being fueled with stories rooted in duality, the more the world seems to be a scary place. When you’re connected with a greater presence and energy, you’ll be empowered to change the world for the better.

As Gandhi said, you need not wait to see what others do. Empowerment equates to taking personal responsibility, believing in yourself and your ability to change things. Nobody else is going to create the change you desire. You always have power to change things. It’s your perspective that makes you think otherwise. When you shift your perspective from victim to changemaker, the world shifts with it.

The turbulence we’re seeing in the outer world isn’t separate from us. Doubtless, there have been times when you knew you had an opportunity to change things. Whether it’s the gentle act of choosing love and compassion or more actively going out and doing something you know could make a difference. Because in your heart you know that even the smallest actions ripple outward and have the potential to affect massive change. Imagine a world where everyone embodied this principle?

There are a few key ways you can take what Gandhi really said and indeed be the change you wish to see in the world. But it’s more complex than a simple quote, so let’s dive in…

Your shadow is informing your perception. It’s the darkness that you don’t want to acknowledge, that you numb and avoid at all costs. This aspect of yourself is informing your world view and robbing you of your capacity to inspire change.

Your shadow isn’t wrong and it’s pointless to try and hide from it. Everyone has a shadow. Everyone has shame, regret and anger that they don’t want to face. It’s those that courageously face their shadows that change the world. It’s the most uncomfortable inner work there is, without question. Know that discomfort isn’t always a bad thing—it’s actually a signpost for growth and evolution. Your shadow is simply the parts of yourself and the collective consciousness that have been repressed, stuffed into corners where it’s easy to ignore their presence. Inner density leads to outer chaos, when you repress your own emotions and experiences, the outside world follows suit.

You can liberate yourself, simply by accepting all that you are. By doing this, you shift the collective narrative to one of acceptance.

If you’re awake for fifteen hours a day, you have 900 opportunities to change the world. A smile, a random act of generosity, a kind word, stepping out of your comfort zone and even just energetically choosing love—these are all miniature miracles that, believe it or not, do make a difference.

When you shrink from action and wallow in the fear paradigm the media portrays, it’s no wonder you feel powerless. Turn the tables and make yourself responsible for being the type of person who can change things.

Work on your own perception and transform it into one that is love. Rewrite the story that tells you you’re powerless. If you care about something, take steps toward changing it. The very root of the word activism is action. Both inner and outer action are necessary to shift the collective consciousness to one of connection.

Love Is All You Need

Peace is a practice. Love is an action. Unity is an energy that you can embody and share with those around you every minute of every day. To be the change is to be love. Even when it hurts. Even when it’s easier to slip into patterns of fear. How else can we shift the collective consciousness from one of fear and stagnation to one of love and expansion? It starts within—it starts with you and it starts with love.

Panache Desai is a highly sought-after speaker featured regularly in print, online and broadcast media, Panache appeared with Oprah Winfrey on the Emmy® Award-winning series Super Soul Sunday and was featured on their season finale Soul 2 Soul: Asking Life’s Big Questions. He is on the faculty at Omega Institute, Kripalu Center for Yoga and Health and a recent featured speaker at the United Nations Enlightenment Society, I CAN DO IT!, Celebrate Your Life, The Sun Valley Wellness Festival and in the Huffington Post. Panache has collaborated with internationally-recognized spiritual teachers including Deepak Chopra, Neale Donald Walsch, Reverend Michael Bernard Beckwith, Elizabeth Lesser, Brian Weiss, MD, Ram Dass, Alan Cohen, and James Redfield, to name just a few. Panache is also the author of DISCOVERING YOUR SOUL SIGNATURE: A 33-Day Path to Purpose, Passion, and Joy which has been translated into 10 languages, touching lives and empowering readers around the globe. Learn more about Panache on his website or follow him on Facebook, Twitter, Instagram, YouTube, Pinterest, and Google+.